The Real Danger is Right-Wing Extremism, Not 'Mass Immigration'

The radical, extremist right are desperate to gain power by hijacking conservative politics and migrating into the mainstream. It's already happening, right before our eyes.

Last Saturday, I posted a tweet about the racist billboard promoting Maxime Bernier and his People's Party of Canada. 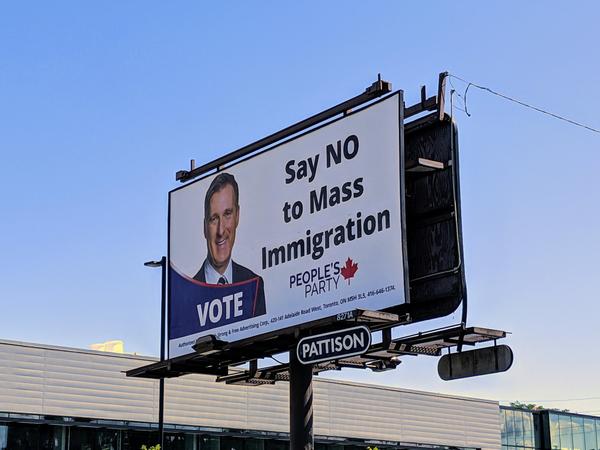 For reasons unknown to me, the tweet went slightly viral over the weekend, particularly among people who took offense to it. A large fraction of the 328 replies (as of this writing) have been people asking variations on: How is this racist?

On the off-chance that any of those questions are actually being asked in good faith, here's my response:

Canada does not have "mass immigration" or anything even remotely like it. Canada actually has a restrictive immigration policy that is enforced rather aggressively. Further, we do not have "open borders" and our borders are certainly not being "overrun" by migrants or refugees or anyone else.

The second problem with the message is the implication that immigrants are some kind of problem. This is also false. There is no evidence to suggest that immigrants bring crime or other social problems, and considerable evidence that immigration boosts per capita GDP growth.

By fearmongering about the number and composition of immigrants and the effects on Canada, the billboard reinforces negative stereotypes about immigrants and provokes fear that the Canadian way of life is somehow under threat.

Spoiler alert: it's not. Some people have always been afraid of immigrants from this or that place. When my parents moved here from Ireland in 1968, they also faced stereotyping and discrimination. The target changes but the bigotry remains the same.

Likewise, accepting refugees fleeing violence and political instability is not only a legal and moral obligation but also good for Canada. People who are willing to go to great lengths to protect their families and provide better opportunity to live in peace? Sounds good to me!

Every wave of refugees has faced bigotry here: Hungarians refugees in the 1950s, Southeast Asians in the 1970s, Syrians in the 2010s, etc. The dire warnings of crime and social upheaval are always the same and they never come true.

But there is one factor that really does cause radicalization, social upheaval and rising violence, and it's the xenophobic, dehumanizing rhetoric of the populist right that Bernier and the PPC are engaging in.

If you're wondering whether I'm exaggerating, please take a look at some of the paranoid, conspiratorial and vitriolic replies my billboard post received: 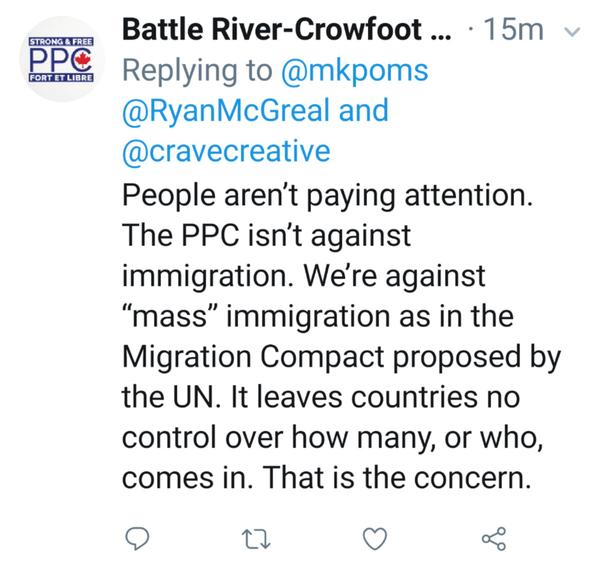 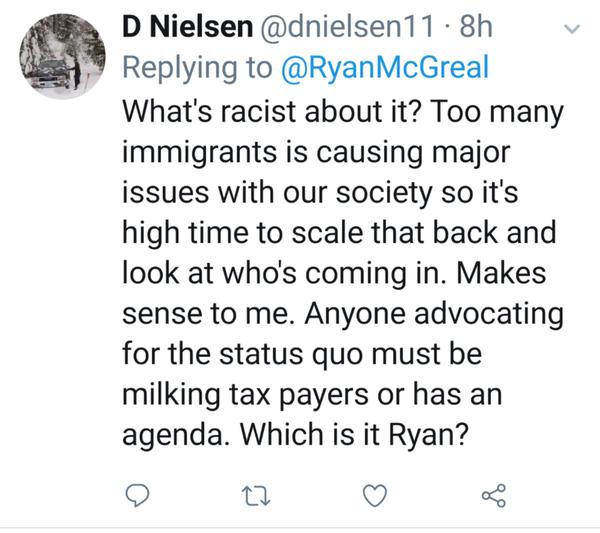 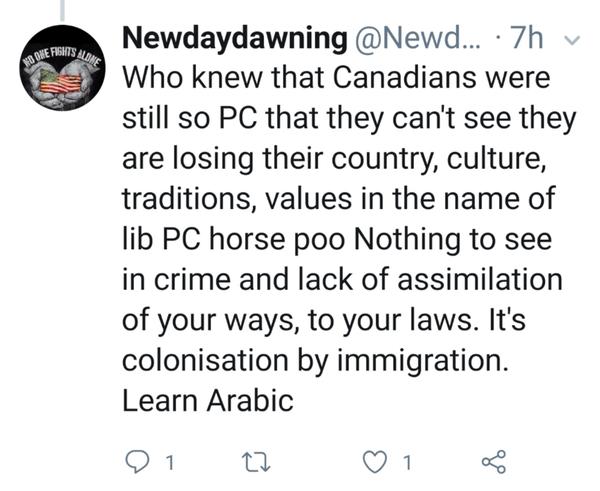 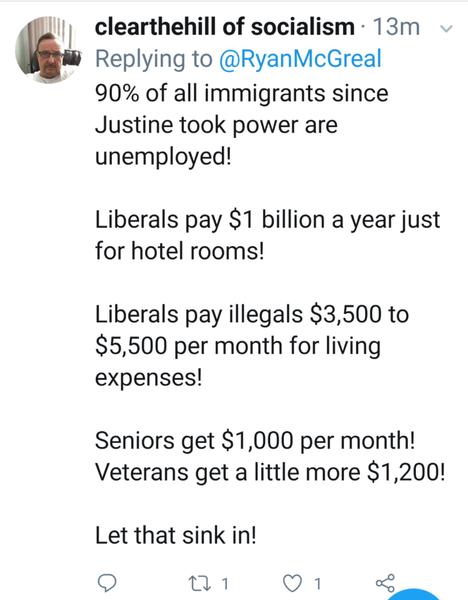 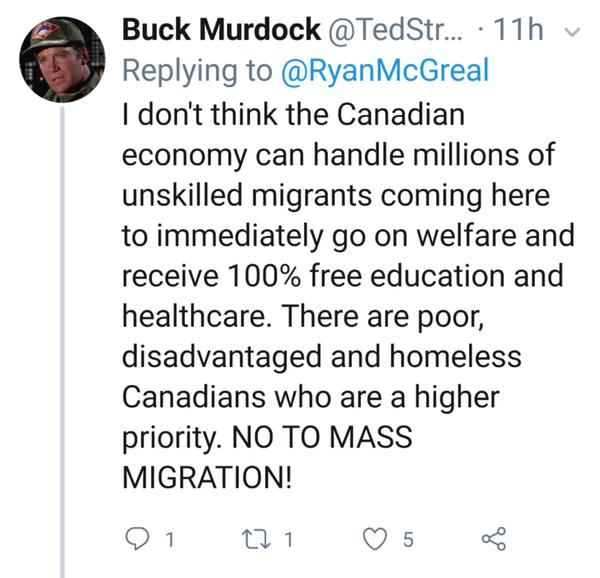 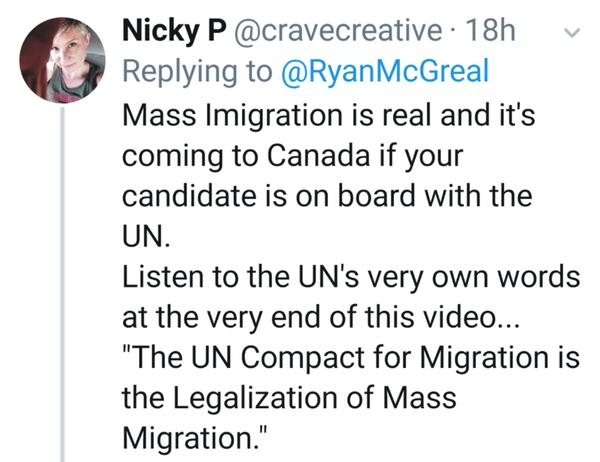 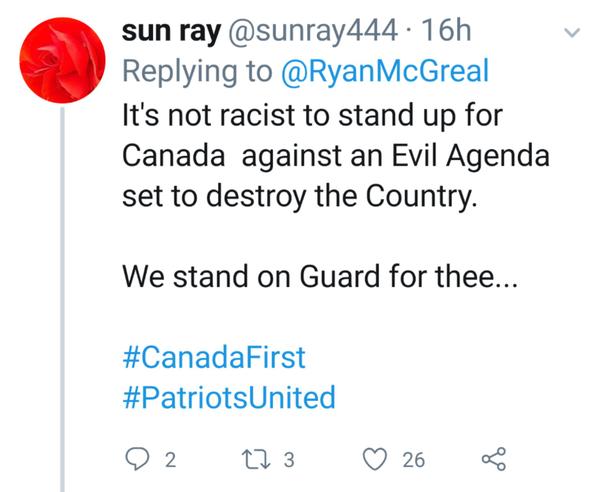 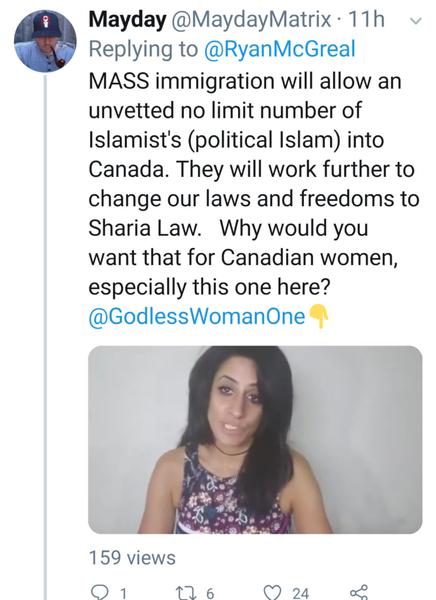 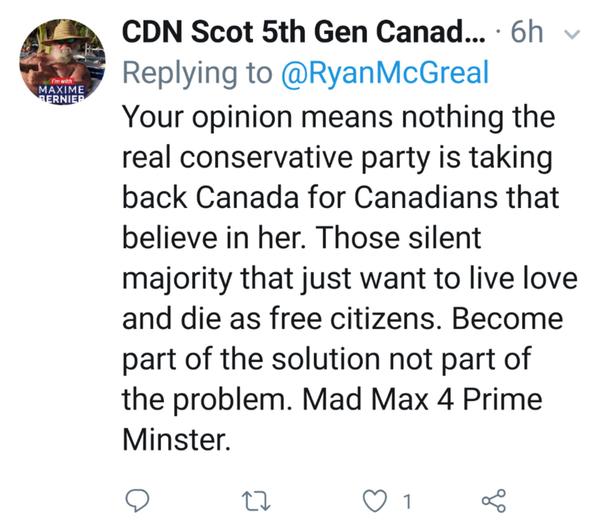 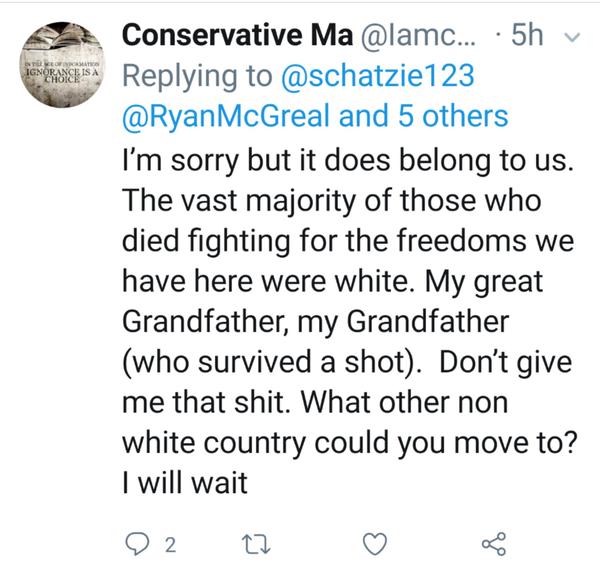 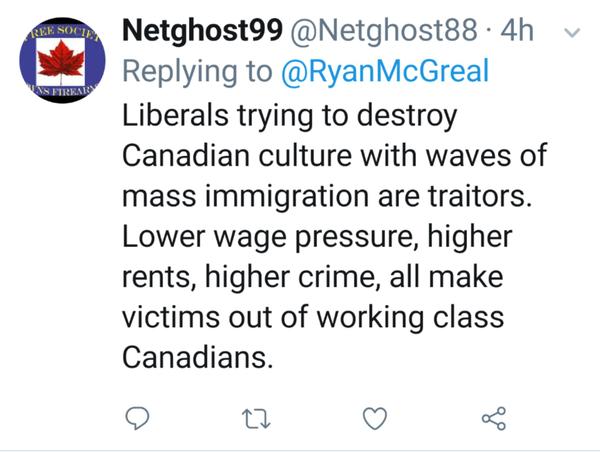 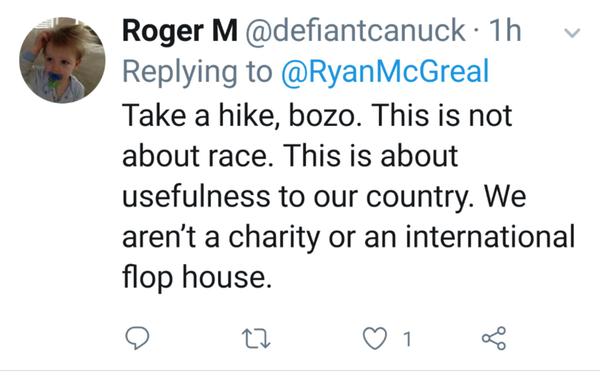 To be fair, it's entirely possible that some of these replies are from right-wing bots, paid actors or sock puppets. But at least some of them are real opinions being expressed by real Canadians.

The wave of rising right-wing hatred and extremism that these replies embody is the biggest threat facing Canada in both the short and long term. After all, these are the same people who actively deny climate science and aggressively oppose doing anything to reduce Canada's GHG emissions.

To an extraordinary extent, the radical right has hijacked conservative politics. In the USA, they're putting children in cages, systematically disenfranchising racialized citizens and stripping women's right to choose. In Brazil, they're setting fire to the Amazon and destroying Indigenous communities.

The radical, extremist right are also in Canada, and they're desperate to gain power by hijacking conservative politics and migrating into the mainstream. This is really happening, right before our eyes. We need to wake up to the danger before it's too late.

To live in a free society you need to free yourself first. Start by getting off 'social' media.

Thank you Ryan for telling it like it really is.

The people who commented above seem to be paranoid, and xenophobic, extremely insecure, if not uneducated (some commenters can't even spell 'immigration' and one commenter typed 'migration' - like birds??)

They seem to have a very loose affiliation with actual facts about immigrants but that does not seem to matter (much like Trump care little for the truth). Many seem to have an irrational fear of 'the other' - i.e. people who do not look, sound or dress like them so they fear them instead of learning about other cultures. Either that or they are just too lazy to invest the time and energy to find out. It's so much easier to 'go with the mob' like sheep.

They blame them for all our social ills with absolutely no proof (check out the comment from 'Clear the hill of socialism') with unfounded, fake stats. Additionally, this person (very maturely) refers to Justin Trudeau as Justine - which really is a slight on women everywhere in case you missed it - so you can add 'misogynistic' (look it up) to the adjectives I used to describe most of these commenters.

You can't just make stuff up and use it to blame others, but clearly P.T. Barnum was correct - there are suckers are born every minute and will gladly lap this paranoid, conspiratorial slop up rather than do a modest bit of research to find out what is really going on.

History has shown us time and time again that when times get tough, right-wing populists rise to power by finding a convenient scapegoat (immigrants in this case) for their own ills. So yes, I have to mention Hitler here because he and his propaganda ministers were very good at it. If you are unemployed, it is probably because your job has been outsourced to another country by large corporations in search of greater profits - or your job no longer exists due to automation or changing trends in our culture.