Get Out and Enjoy Hamilton's Gorgeous Trails

Wherever you live and whatever your politics, make some time to get out and enjoy your city!

Okay, now that the election is over, it's time to close the tab with the poll tracker and do something enjoyable. Over the past few weeks I've noticed a drop-off in the number of people I encounter on Hamilton's recreational trails, which is crazy because the trails are utterly gorgeous right now. 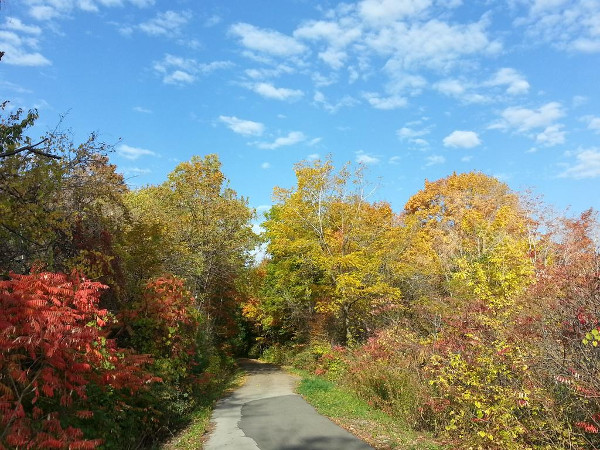 It's October 20 and we're well into autumn, which means the brilliant canopy of Hamilton's escarpment - called the Green Wall in summer - is putting on a spectacular show of leaf senescence.

Hamilton's trails are easy to find and a joy to experience. The Escarpment Trail starts at Corktown Park, just minutes from the downtown core, and winds east and south up the escarpment, through Mohawk Sports Park on the East Mountain, past Albion Falls and over the Red Hill Valley Parkway to Stone Church, where the Chippewa Trail to Caledonia picks up just a couple of blocks west. 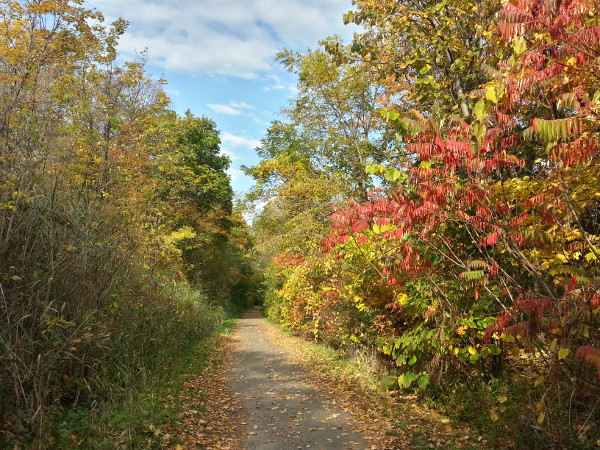 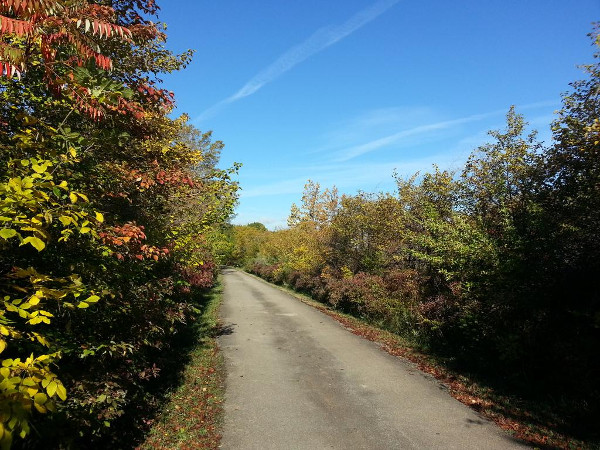 Jump on your bike or sign out a Hamilton Bike Share bike and head east on Lawrence Road past Gage Park, taking advantage of the bike lanes. After it dips down below Parkdale Avenue, turn left at Mount Albion Road and follow the underpass below King Street to join the Red Hill Valley Trail. 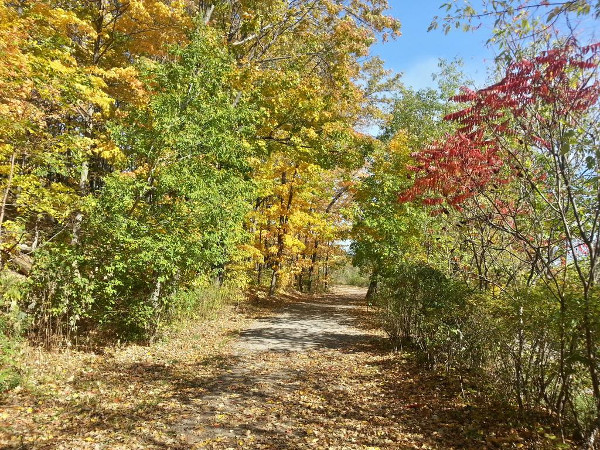 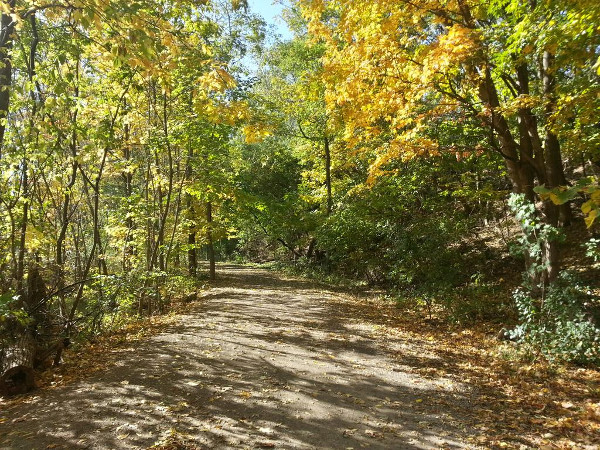 It runs north-northwest along the route of Red Hill Creek (and the Parkway, of course) and leads to the Walkway bridge over the QEW. That, in turn, connects with the Waterfront Trail. 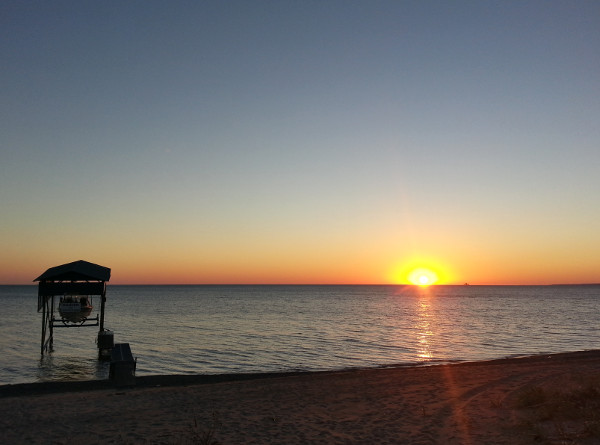 Alternately, start at Van Wagner's Beach Road near Barangas On The Beach and rent a Sobi bike to ride along the Waterfront Trail. 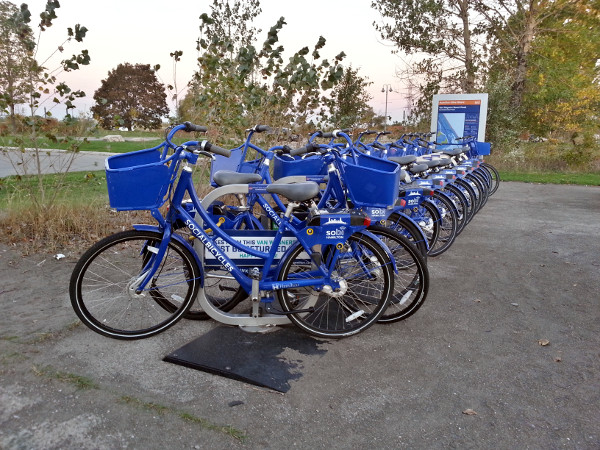 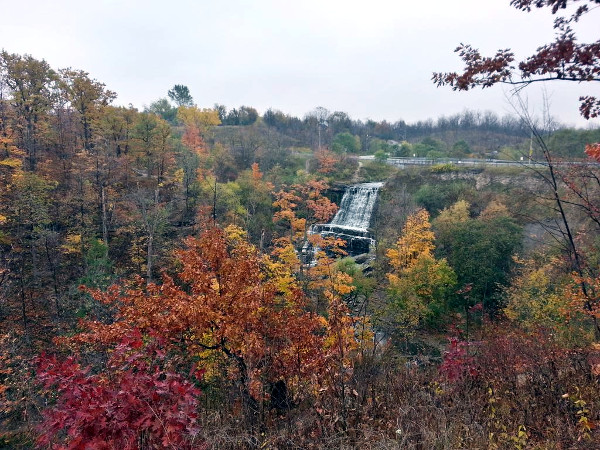 If you're heading north from downtown, you can pick up the Waterfront Trail from Bayfront Park, which is at Bay Street North and Strachan Street West. 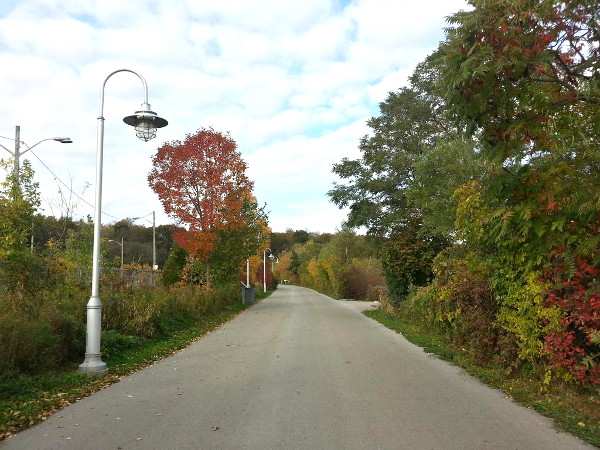 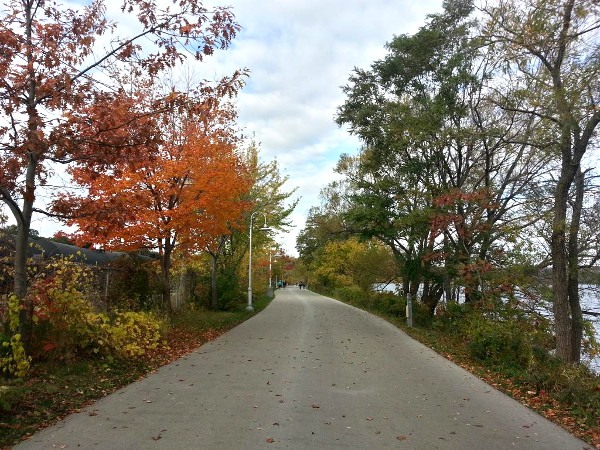 It connects to Princess Point and the network of South Shore Trails that wind around Cootes Paradise.

Heading west from downtown, you can pick up the Rail Trail from Glenside Avenue through the north part of Chedoke Golf Course, across Highway 403 on a bridge shared with the Canadian Pacific Aberdeen Rail Yard, through Ainslie Wood and down into the Dundas Valley toward Brantford. 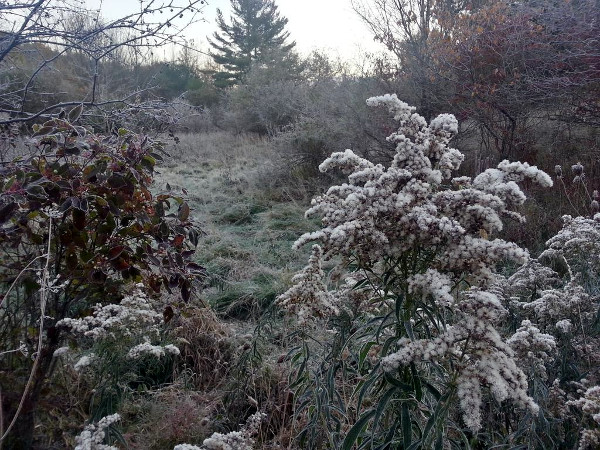 Starting from the top of Dundurn Street South, you can take the Radial Trail through the southern end of Chedoke Golf Course to wind up the Escarpment to the west, meeting Scenic Drive on the edge of Ancaster and then crossing Highway 403 just before it meets the Lincoln Alexander Parkway. 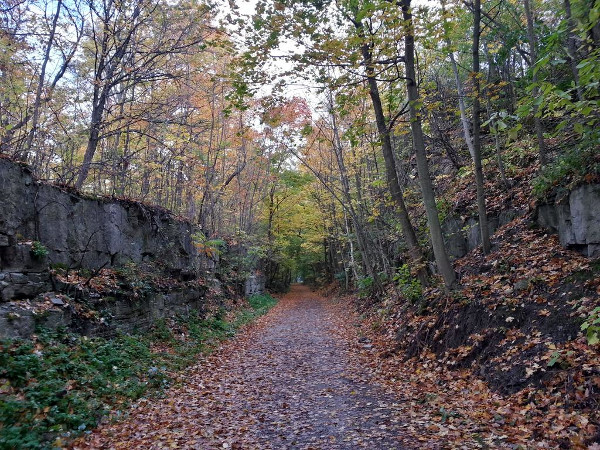 From there it continues southwest until it crosses Wilson Street near Jerseyville Road.

This is just a sampling of the rich marbling of recreational trails Hamilton has to offer. Maybe you just want a short hike up or down the Escarpment, in which case you may enjoy the John Mountain Road Trail, which Martin Zarate wrote about earlier this summer. 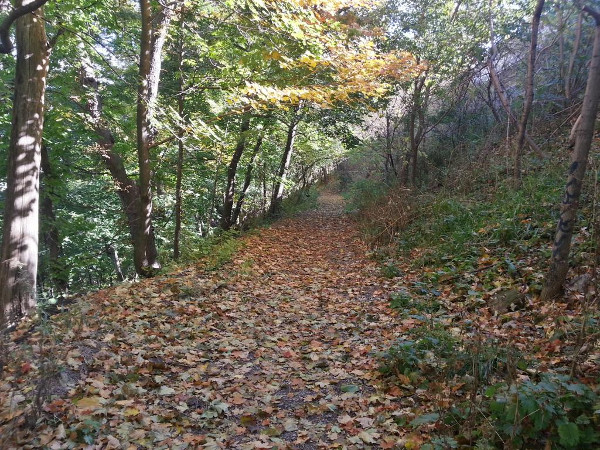 It starts at the top of John Street South and lets you out on the West 5th spur of the Clarement Access near Southam Park.

Hamilton is a relentlessly beautiful city, and it's sometimes difficult to believe that the Escarpment was essentially stripped of trees less than a hundred years ago, as Paul Weinberg recently wrote in a look at the city's complex relationship with nature.

I've written this before and I'll keep repeating it: many Hamiltonians regard the Escarpment as a dividing line, a barrier between exclusive and mutually distrustful solitudes. Instead, we should regard it as a connective tissue, a shared heritage, an amazing resource that joins and connects us as a diverse community bound by common values and interests.

So wherever you live and whatever your politics, make some time to get out and enjoy your city!

Beautiful commentary Ryan... I couldn't agree with these sentiments more.
We're surrounded with abundance we too often fail to see.

To answer Ryan’s question, it is my theory that the reason why recreational trails are less used this time of year is that they are unpaved. Typical autumn weather means that they will therefore be muddy and unpleasant to use unless we get a spell of good weather. This did happen over the Thanksgiving long weekend.

Transportation cycling rates in the city appear to be unchanged. In particular, the Cannon Street bike lanes were as busy as ever this morning, in spite of the cold rain.

I like the fact that some trails remain unpaved. They have a warmer feel and for runners (joggers) an unpaved surface is a lot easier on the joints and tendons.

Yes, it definitely depends on the trail. Anything that people want to commute on needs to be paved, but for a recreational trail it's nice to see natural surfaces.

Until they turn into a sea of mud. :)

don't you got nothin better to do? see what's on tv maybe?

For Red Hill Valley trail, I found there was no muddiness except for one small section easily bypassed.

Also, the escarpment rail trail is pretty much as good quality as paved -- never muddy. Being a former railroad, it is flat and never has a grade bigger than 1-2 degree. If it's tiring, start at the top of the escarpment close to the Kenilworth stairs, and do a nice easy downhill ride all the way to downtown (or Wentworth). With a well-tuned bike with fully inflated bike wheels, you may be even able to coast most of the time!

If you don't feel like taking your bike up the mountain (or using buses with bike racks), you can also rent a SoBi on Concession Ave. Then and head east (outside SoBi coverage is perfectly fine as long as you don't lock until you come back) until you hit the rail trail. Go onto the rail trail and have an easy ride/coast along the escarpment scenery for several kilometers. Park at any Lower City SoBi station and you're done with your SoBi rental. Would cost roughly the same as a HSR fare ($3 rental for that 45 minute mostly-downhill ride)

Speaking of East End Trails, the completion of the entire East Mountain Trail Loop is finally nearing completion after about 5 years. The sections between Pritchard and Upper Mount Albion, as well as the section north of Mud street are now under construction and hopefully will be ready by next spring.

you need a hobby. And should read articles before wasting digital ink.

through Mohawk Sports Park on the East Mountain, past Albion Falls and over the Red Hill Valley Parkway to Stone Church, where the Chippewa Trail to Caledonia picks up just a couple of blocks west.

you can pick up the Rail Trail from Glenside Avenue through the north part of Chedoke Golf Course, across Highway 403 on a bridge shared with the Canadian Pacific Aberdeen Rail Yard, through Ainslie Wood and down into the Dundas Valley toward Brantford.

wind up the Escarpment to the west, meeting Scenic Drive on the edge of Ancaster and then crossing Highway 403 just before it meets the Lincoln Alexander Parkway.