Main was also down to 3 lanes west of Bay last week for a couple of days. Was still a freeway. Traffic volumes clearly show that it only carries enough traffic to warrant 3 lanes from Queen to Bay and 2 east of Bay. But why right-size a street when you're a filthy rich city like Hamilton that can afford to pay 2x the maintenance, snow clearing, pot-hole, lane striping costs for decades unnecessarily. Only a post-industrial city struggling financially would look for obviously easy ways to save millions of taxpayer $.

I've shared this idea before and will continue to pound it, especially with the 5-year cycling plan review happening.

Main St currently has a two-way protected bike lane on it's south lane west of the 403. I suggest we extend that lane to Longwood Road (Innovation Park/ high school/ longwood bike lanes) and also extend it east to Dundurn. The ramp to Main East from 403 can easily lead to the 2nd lane from the curb instead of south curb lane there and cyclists will be instructed (of course, being the Hammer) to wait for a gap similar to what we do on King when crossing the 403 ramp. At Dundurn we add a bike box to the intersection, along with zebra crossings and scramble intersection (both King/Main at Dundurn deserve this treatment). The bike box shifts riders to the north curb of Main. The north car lane west of Dundurn becomes a left-turn only lane.

Here is where it gets good, and is quite mind-boggling that we have the ability to add such a dramatic piece of safe infrastructure without disrupting the city one bit:

From Dundurn all the way to the Delta we have a two-way parking-protected bike lane like this: The bike lanes plus 2-3 foot buffer plus parking lane equals 2 current lanes of Main. So we maintain 3 full vehicle lanes from Dundurn to Sherman and 2 from Sherman to the Delta.

Also, at many intersections we have the opportunity to add bumpouts with tree planters and thus begin adding a much needed tree canopy to this brutal street.

This not only enhances the quality of life and visual appeal along Main, it serves to drastically shorten the distance pedestrians need to cross at a light.

Along most of the sidewalks along Main they are surprisingly wide enough to add regular tree basins like this: 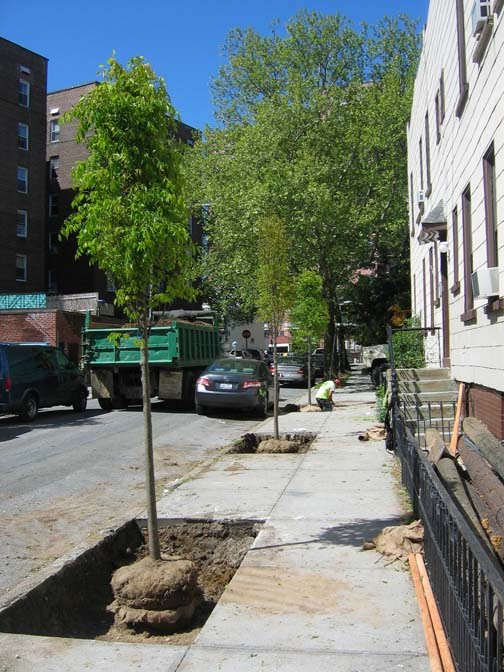 Fast forward a few years and the street goes from drab, dead, dangerous and hot to this: 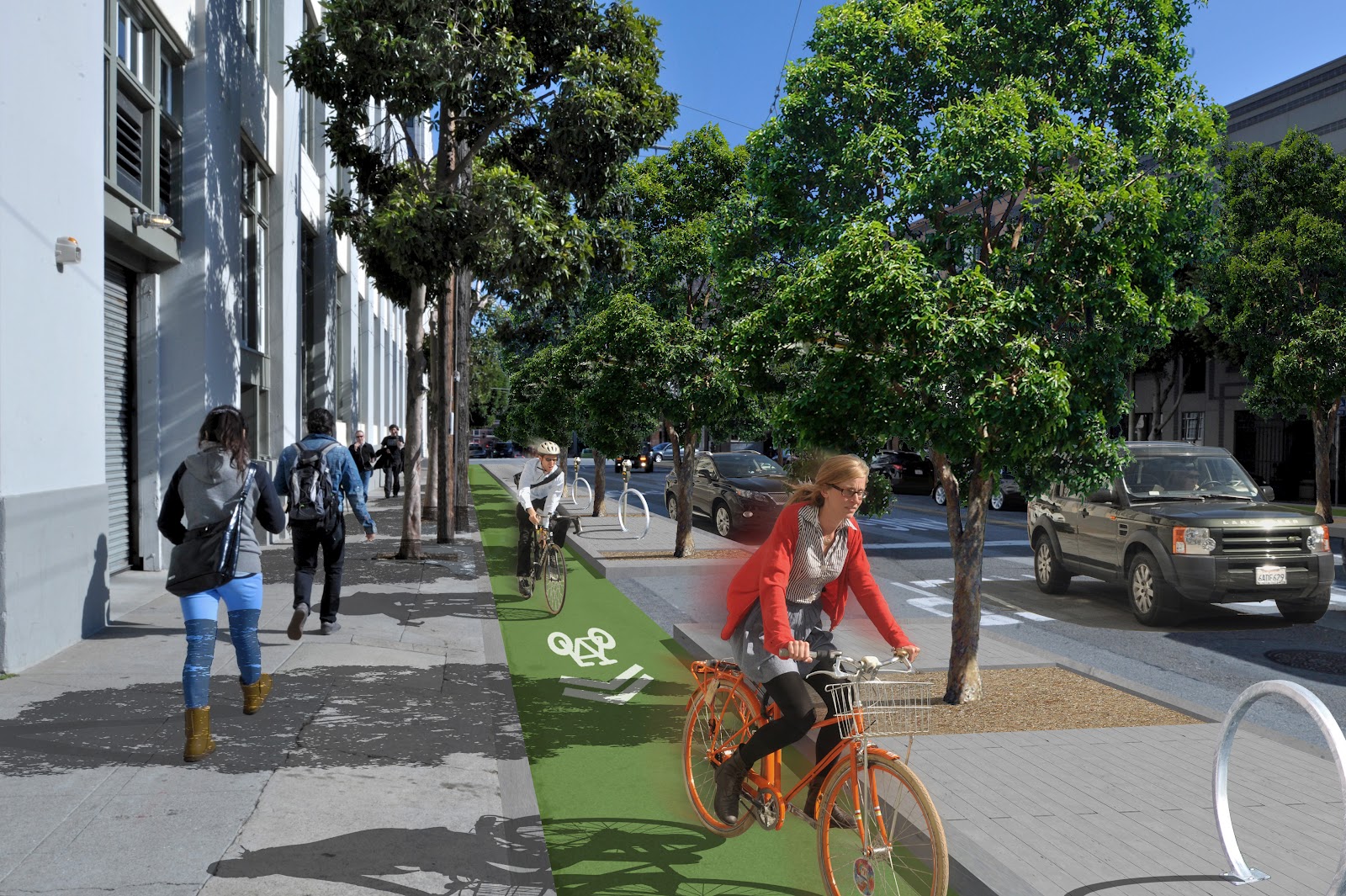 Cities all over the continent are doing exactly this, even if it means drastic traffic congestion and slowdowns. We are probably the only large city in North American that can transform a street like this along an urban distance like Longwood to the Delta without congesting or slowing down traffic. It's a win-win.

Of course, there's that finicky little thing about needing to be a privileged suburban or Mountain resident pointing out fast, dangerous streets in Hamilton to be given any attention at city hall:

So, if any of you reading this live on the Mountain or Ancaster, feel free to pitch my idea to Councillors Jackson or Ferguson. If I do it, we'll have to endure another speech about how the Main St freeway is our 'competitive advantage over Toronto'.