Fringe 2017 Review: We Are Not The Others

With the exception of First Nation and Inuit peoples, Canada is a land inhabited by immigrants. Some of us feel more entitled to be here than others, depending on our country of origin, how many generations of ancestors we can claim, and our ability to integrate into what has historically been a white, British-based colonial society.

For the most part, Canadians have been welcoming to newcomers who resemble them. More recently, however, we like to think that our hearts and arms are open to anyone fleeing the ravages of famine, war, and persecution. But have we really evolved from our settler mentality and transformed into a truly welcoming, caring, accepting society?

We Are Not The Others is a unique play based on a two-year research project conducted by Dr. Mirna Carranza. After Carranza interviewed female immigrants living in Hamilton, playwright Izad Etemadi crafted the findings into a powerful one-hour play.

Etemadi used the women's voices to breathe life into their experiences of immigration, trauma, loss, mental health, assimilation, resiliency, disappointment and hope for a better life in Canada. Unfortunately, for far too many immigrant women their stories are still fraught with racism, discrimination, and general precarity.

The women's own words describe their immigration experience as they try to make a new life in Hamilton, "Our system is very racist and classist, immigrant women get caught up in that." Or, "I had to change my name so I could at least get a job interview."

So, it seems we still "Look down on immigrants." And maybe, just maybe, we are guilty of treating them as 'other'.

An amazing cast expertly interprets the stories of women and girls from a variety of purposely unnamed foreign countries. The cast includes: Rashaana Cumberbatch, a first-generation Canadian born to Guyanese parents; Heath V. Salazar, a first generation Canadian born to Colombian parents; Angela Sun, who emigrated from China at five years of age; and Sima Sepehri, who moved to Toronto at six years of age from Iran.

The stories told are as varied as the women. Happily married with a good job, active social life, and many close relatives, one woman chose to leave home to fulfill her husband's dream and have an adventure. Unfortunately, the entire immigration process proved to be excessively expensive and even with her extensive education and qualifications, stable, well-paying work was impossible to find.

A young girl tells her story of emigrating with her family and not being able to make friends or fit in because she couldn't speak English.

Another, fleeing certain death, makes a long trek through Mexico and the United States before settling in Canada. She takes any job she can find in order to send money home to her two young daughters she left behind.

Then, there's the young foreign tourist who falls in love with a Canadian and finds herself trapped in an unhealthy, unhappy marriage with little prospect for her future.

And, what about the mother who needs to return to university in order to have her professional designation and qualifications recognized? Instead, she sacrifices her future and works menial jobs in order to send her children to university to ensure a better life for them.

All the women start their journey with hope. But life as an immigrant is not at all what they thought it would be. You see their optimism for a better life for themselves extinguished. Thankfully, they still believe their children's future can be brighter and that goal keeps them working the jobs that 'regular' Canadians would never think of doing.

We are Not The Others should be touring our high schools. Students, staff, and administration could learn a thing or two about life as an immigrant woman in present day Canada and perhaps realize that a little empathy and patience could go a very long way.

The play should also be performed at Queen's Park and on Parliament Hill, because after all, MPs and MPPs might find they learn a thing or two. 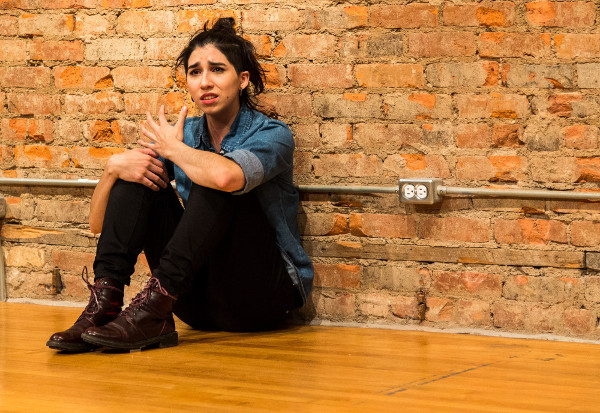 We Are Not The Others