Having a sibling is not easy. The relationship between you will often be turbulent, and bickering is more or less unavoidable. However, the bond that you share can help you through the hardest times in your life, making the conflict between you more than worthwhile. As the name suggests, Two Sisters is about the relationship between one such pair of siblings, and the ways in which their pasts come back to haunt them.

The play is set in a Russian town from the 1880s, where sisters Anya and Sonia have lived most of their lives. Anya enters her home to find a coffin in the middle of the room, and Sonia soon arrives to report a similar discovery.

The resulting performance focuses entirely upon the way in which these sisters interact, and most of the comedy is derived from their "straight-woman" routine. Anya is very dramatic and often hysterical, while Sonia is cool, subtle and sarcastic. Although the show does at times delve into dark subjects, the humour always makes light of the issue.

Sarah Gervais and Anna Morreale work exceptionally well together; the character dynamic they create is interesting, engaging, and funny as well when the situation calls for it. Most of their conversations feel completely natural, as if you are actually watching two sisters have a discussion.

It is worth noting that whenever the past is brought up, the expository manner in which they describe it feels a little awkward. Even the characters themselves mention that if they already know the story, they have no reason to explain it to each other. Fortunately, this is a small detail in light of the fantastic interaction between the sisters; I would still recommend a 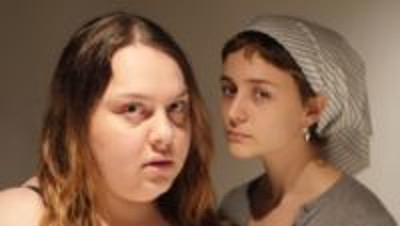