News in Hamilton: 100 Years Ago Today

There is a long tradition of newspapers in the Hamilton area. Parts of this rich history include the Gore Balance, first published in 1829; The Hamilton Gazette, and General Advertiser distributed from 1835 and 1856; and The Hamilton Times, a paper that was in print from 1858 until 1920 (Wikipedia).

The following are headlines from The Hamilton Times on Saturday December 2, 1911: 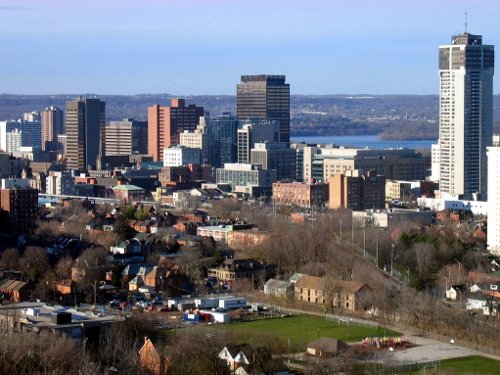 Records of The Hamilton Times and additional papers are on microfiche in the Local History & Archives Department of the Hamilton Public Library on the third floor of the Central Branch.

That was a bit of fun. Thanks very much.

p.s. I can't imagine ever taking out an ad for apples...weird, wild stuff.

I still see adds for a reliable hustling agent...maybe that means something else.

Great post, I'd love to see more of these. For some reason I imagine Hamilton at the turn of the twentieth century as a kind of rough Victorian Dickensian place. I don't know why - maybe the influence of the surviving architecture. Visions of poor children darting down alleys on a snowy night.

I've written a couple of articles on specific years in the history of the HSR for my website; 1874 and 1892. (In both of the these cases, there was a lot of newspaper reading involved.)