The North Pole a year ago: 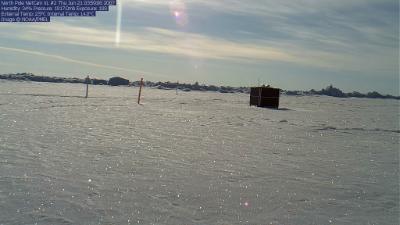 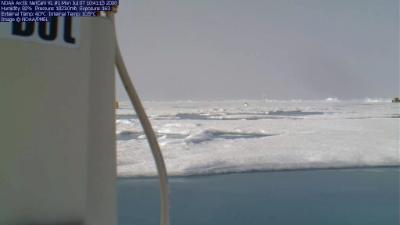 Scientists are warning that the North Pole may be ice-free by September of this year.

I wouldn't get to worked up. The same thing happens regularly. I would post a link if I could . . .

I challenge you to find evidence that this happens regularly and post the link for me.

This is music to some politicians ears. Right now four countries, including our own, are arguing about rights to territory up there because the melting of the Arctic will open up new possibilities for oil and gas exploration, and goods transport. This melting has been anticipated for years and it will be an economic boon for all involved, especially Canada.

However, all is not lost in the battle against climate change. Indeed, it was never likely to be won on environmental arguments alone. It will be economic incentives that finally reduce global CO2 emissions and energy consumption. Wind power is quickly becoming as cheap as coal generated electricity. Solar is still several years off, but is rapidly emerging as a viable source of energy. With more countries/regions beginning to consider and enact carbon taxes and cap & trade systems, the cost of "dirty" fuels will continue to rise, thus making wind, solar, and other renewables even more attractive. Further, the high price of oil is driving development in new technologies. Toyota is even considering solar panels on the roofs of new hybrids to run the A/C.

So this problem, like so many others in our history, will be solved because people want to keep money in their pockets. It may not be a noble cause, but it's nonetheless a powerful force for change.