In his new book, Clive Doucet argues that we have the knowledge and public will to address environmental issues. The problem is our politics. 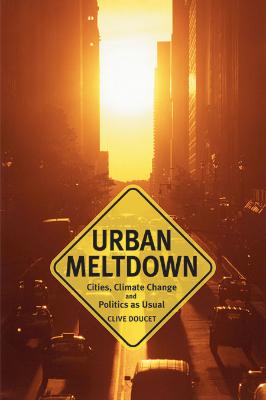 Did you catch Jim Flaherty's cheap shots at municipal politicians before Christmas? The Federal Finance Minister called them "whiners" - and as far as his surplus helping out the locals, the Honourable Minister notes that he is not in the "pothole business."

We'll assume that this statement reflects Flaherty's interest in bigger issues, such as denying global warming and ignoring the alarming levels of child poverty in Canada.

Perhaps the former Harrisite should read Urban Meltdown: Cities, Climate Change and Politics as Usual by City of Ottawa politician and poet Clive Doucet. [Read the RTH interview with Doucet from Jan. 10, 2007.]

Doucet writes a lot about "disconnections" in the book. Flaherty, I suppose, could be the poster boy to illustrate the disconnect between city governments and national politics and the gap between government and the people.

We can't continue sailing when there is a fundamental disconnection between "those on the bridge and those in the engine room."

That disconnection has a lot to do with what Doucet perceives the public wants - which isn't what they are getting from governments. Governments have created global warming by "treating the planet's biosphere like a vast sewer."

Doucet argues that we have the knowledge to address the issues. The problem is our politics.

For example, the trend to "just in time delivery" has lead us to building warehouse districts rather than cities.

Road construction and maintenance needed to accommodate cars and the kind of new development that gets approved now takes up one quarter to one half of municipal budgets.

Municipal candidates get financial support from the development community. See the connections?

We are in big trouble.

"The Rise of Cities and Decline of the Planet"

Doucet notes that eighty percent of greenhouse gases that are "cooking the planet" are created by cities.

He goes back to ancient Rome to draw a parallel of the collapse of that advanced civilization to what could face us today. Rome came down not by military defeat or economic problems but political problems "like rotten stitching coming out of an old baseball."

We'll suffer the same fate unless we develop the political capacity to respond to our environmental and social challenges.

In a general way Doucet sees the reclamation of our citizenship as a key. We have to begin to see ourselves as a "sharer" of our planet rather than an occupier.

He advances some fairly specific ideas that assume political reform is a priority. Local government "by default" will be "the key to braking global warming.

We need more Clive Doucets on municipal councils before that happens. We'll also need to reform campaign funding to keep development money out of city halls.

Bob Wood is a community worker at the Hamilton Community Legal Clinic where he works on the clinic website. He is also a freelance writer who has worked with youth, in housing and served as a municipal councillor in Burlington/Halton from 1991-97 and in 2006.

"Rome came down not by military defeat or economic problems but political problems "like rotten stitching coming out of an old baseball."" Actually I, and many others, would argue that Rome "came down" by all three, and perhaps most importantly, because of a slow societal dissolution which fragmented both geographically and in terms of its class structure, but that's really neither here nor there.

The truth is that Jim Flaherty as the Federal Finance Minister really is not in the pothole business. Any funds coming the way of cities from the Feds are truly largesse. Because of our hopelessly constricting constitutional structure, cities and their infrastructure are the sole responsibility of the relatively cash-poor provinces. We need constitutional reform to really make our cities shine, but the urban situation has generally not reached the point of crisis in this country yet so no one has raised that battle cry. In fact, it probably never will reach such a level of crisis. Our cities are not failing and collapsing; they are rather just static mediocrities. And that's always been good enough for the Feds.

Obviously the constitution does not prevent the Federal government from providing support to cities (although, theoretically, it could be used to do so). My point is that the Federal government has no constitutional OBLIGATION to provide funding for cities. It will only do so, and has only done so in the past, when politically expedient. That is why Flaherty announced $1b in much needed funding for urban infrastructure today - to shore up his party's weak support amongst urban Canadians.