Did Doug Ford Test the 'Great Barrington Declaration' on Ontarians?

Deliberately or not, the Ontario Government conducted a large-scale test of a pseudo-scientific pandemic response cooked up by right-wing billionaires.

It's summer, COVID cases are falling steadily, vaccination efforts are proceeding well (67 percent of Canadians have had at least one dose and 28 percent have had both doses) and Ontario is moving into Stage Two of the provincial reopening plan.

So it would be tempting to adopt a forward-looking, let-bygones-be-bygones stance and stop dwelling on the policy failures of the (very recent) past. But this won't be our last pandemic - or indeed, our last public health emergency - and it would be doubly tragic to ignore the lessons of those failures and go on to repeat them.

Either by deliberate design or dogmatic default, this past Spring the Ontario government essentially conducted a large-scale test of the central premise of the "Great Barrington Declaration" in its pandemic response.

The Great Barrington Declaration is a scam that was cooked up by the American Institute for Economic Research, a libertarian propaganda outfit disguised as a research institute and funded by the usual right-wing billionaire plutocrats.

They scrounged up a few contrarian scientists to sign their names onto the declaration and published it with a big splash last October.

The thesis is that emergency measures to stop the spread of COVID-19 are more harmful than the pandemic itself, and that governments should shift to a "focused protection" model that insulates seniors at high risk of death.

The scientific community immediately objected, presenting clear, evidence-based arguments against the thesis and challenging the notion - never spelled out in detail - that you can somehow insulate high-risk populations while letting everyone else go about their business.

A major problem is the idea that you can reach herd immunity by letting everyone get infected, which is a core premise of the GBD.

Scientists countered: (a) infected people lose their immunity over time, (b) widespread transmission raises the risk of more dangerous variants emerging, (c) there are lots of bad outcomes short of death, and (d) a small percentage of a very big number is still a big number.

The Lancet published the John Snow Memorandum, a counter-argument that outlined the evidence-based case against the GBD.

Any pandemic management strategy relying upon immunity from natural infections for COVID-19 is flawed. Uncontrolled transmission in younger people risks significant morbidity and mortality across the whole population. In addition to the human cost, this would impact the workforce as a whole and overwhelm the ability of healthcare systems to provide acute and routine care.

It occurred to me this spring that the Ontario government effectively conducted a large-scale test of the GBD when they decided in March to prematurely roll back the emergency measures that were wrestling community transmission under control after the second wave crested in mid-January.

The government ensured that high-risk seniors and health care workers were vaccinated and then relaxed emergency measures for the general population.

How did that work out?

The worst wave of infections and hospitalizations in Ontario came after seniors and health care workers were vaccinated. 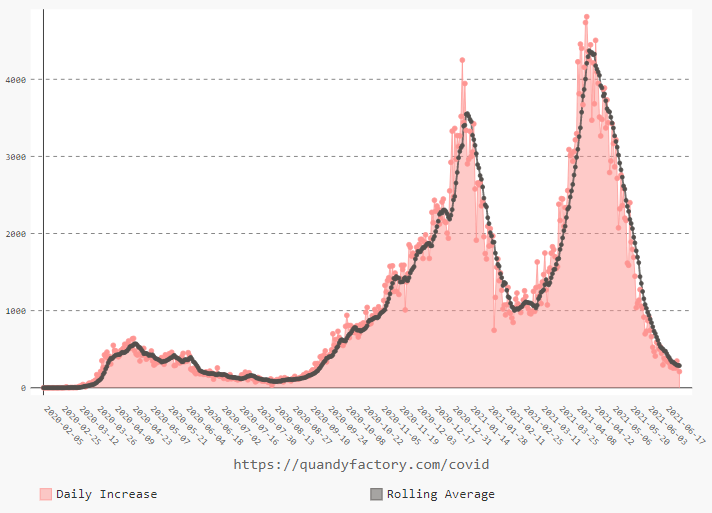 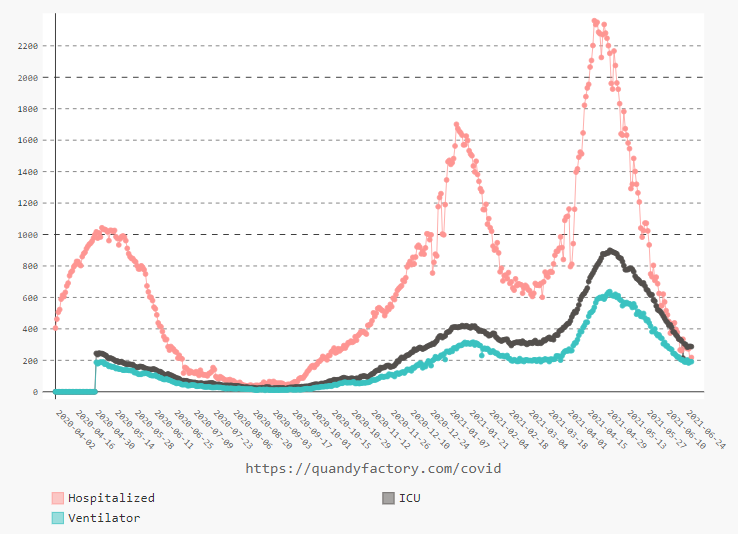 Chart: Daily hospitalized, ICU and ICU with ventilator in Ontario

The Alpha variant (formerly referred to as B.1.1.7) was rampant in Ontario and had a much higher rate of transmission and serious illness than the original variant.

Most of the people in hospital during Ontario's third wave were in their 60s, 50s and 40s. Some were as young as teenagers. A thirteen-year-old girl named Emily Victoria Viegas died on April 22 after her entire family contracted COVID.

Her tragic story encapsulates the systemic failure of the Ontario government to protect vulnerable people, especially working-class and racialized communities. She lived in Brampton, a persistent COVID epicentre with a high proportion of essential workers for whom the government adamantly refused to provide paid sick leave - and her father was one of those workers.

The very day Ms. Viegas died, the Ford government voted down the latest in a series of opposition bills trying to guarantee paid sick leave for essential workers.

Indeed, the call for worker protection echoed an earlier call by health experts begging Ford to restore the paid sick leave he cancelled as one of his first acts in office: "If you are going to work sick, not only are you putting your own health in danger by not resting, but also you are putting in danger the health of the people you work with."

That prescient message was delivered on November 18, 2019.

These essential facts underwrote the expert advice Ford received throughout wave two and into wave three.

Throughout March, Ford's experts begged him to pay attention to the modelling and implement policies to protect workers and reduce transmission. Instead, he continued to relax the emergency policies and refuse to implement paid sick leave.

At the start of April, the Science Table presented new modelling showing exponential growth in cases that would overwhelm hospitals by the end of the month. Ford and his cabinet actually decided to wait another two weeks to see if the actual case numbers matched the modelling. 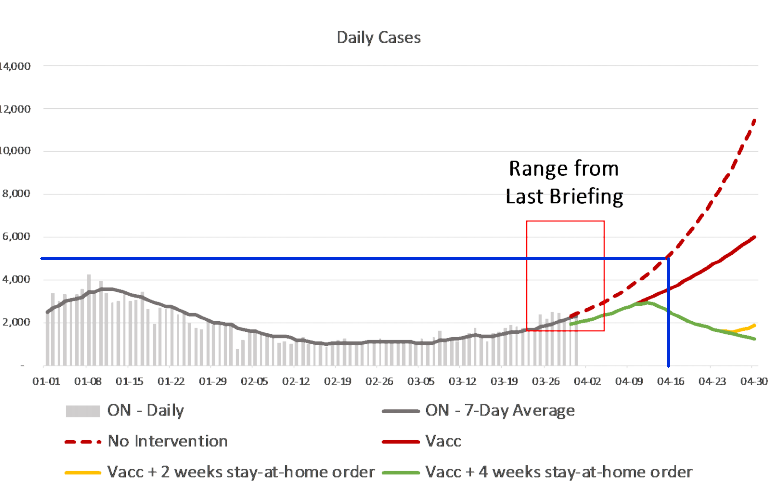 In mid-April, facing a public health catastrophe of his own making, Ford announced a panicky jumble of half-baked measures like closing playgrounds and trying to give the police the power to arbitrarily stop people - literally anything to avoid actually protecting vulnerable essential workers.

We Deserve the Truth

Was the Ontario government's decision to adopt a policy that had the effect of testing the GBD at scale deliberate, or was it just a coincidental side-effect of the general corporate libertarian bias of the Conservative Party?

Is it realistic to think the government hadn't heard of the GBD? After all, it is very popular among Conservatives.

I hope some investigative journalists are still digging into the decision to open the economy when the Science Table was begging them to tighten restrictions and to wait and see whether hospitalization followed the projections before finally, belatedly taking action.

For months, Ford refused to listen to his own health experts. Who did he listen to instead?

All of it was predicted and preventable.

Did they get sick, did they need to be hospitalized, did they die because the Ontario government wanted to test a right-wing libertarian declaration that contradicted the global scientific consensus?

We deserve to know the truth.