Thousands of Hamiltonians were without power after a ten-hour winter storm with freezing rain, fallen branches and downed hydro lines.

Nothing says 'Happy Holidays' like ten hours of freezing rain leaving thousands of homes in Southern Ontario without power. 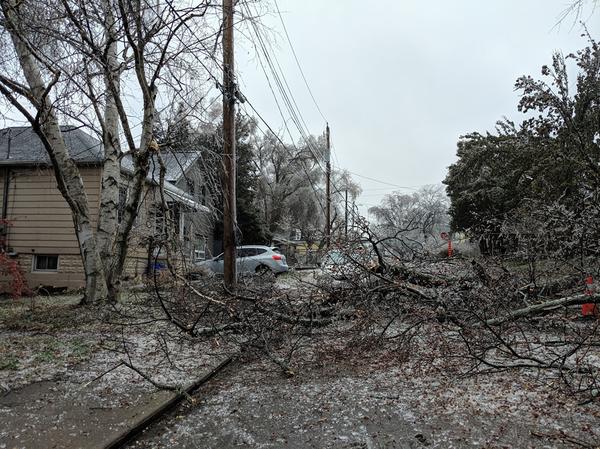 Environment Canada issued a Freezing Rain Warning for Hamilton on the afternoon of Sunday, December 1, urging for Hamiltonians to drive carefully or stay indoors and avoid the conditions altogether.

Many roads in the city were closed off by Hamilton Police due to trees falling and live wires hanging. Police and Alectra Utilities are "working hard to respond to many calls for downed wires," said Hamilton Police Superintendent, Marty Schulenberg.

"Please treat all as dangerous and avoid impacted sidewalks and roads until managed by emergency services," Schulenberg tweeted. 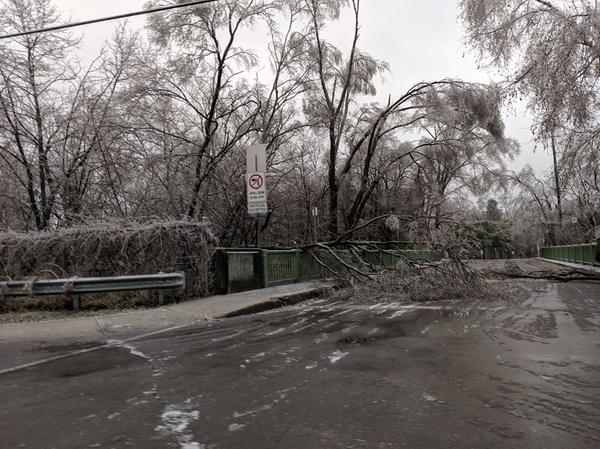 Branches collapsed onto Hunt street and in the parking lot of Christ the King Cathedral (Image Credit: Isabella Lopes/RSJ)

Alectra Utilities reported about 12,000 homes in hamilton have experienced power outages, which started around 11:00 a.m. Sunday.

Environment Canada warned that freezing rain on trees is causing branches to be weighed down by ice and, when combined with "southwesterly winds gusting to 80 km/h," is causing large branches to snap onto roads and over powerlines.

Though the weather can be unpredictable, there are still safety precautions that can be taken, beyond staying indoors.

"It is hard to say what the best way to protect your tree is because of the ice and direction of the wind," said Mike Fischer, project coordinator at Brinkman Reforestation. "But if you have a tree you are particularly fond of, it can be certainly be pruned in a way to encourage healthy branches that will better resist ice storms," Fischer said. 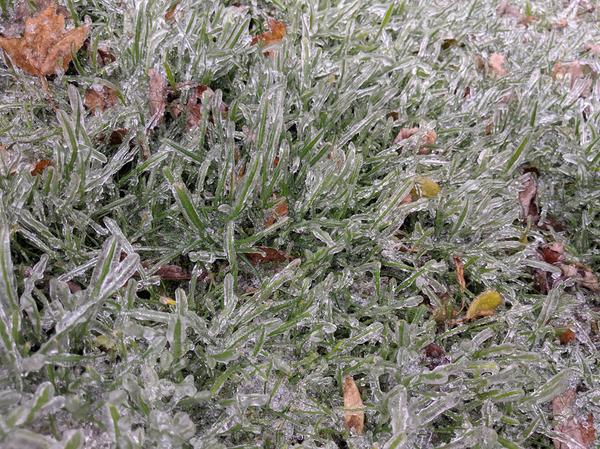 Grass in Hamilton is freezing over from the weather conditions, creating ice patches and icicle shaped strands of grass (Image Credit: Isabella Lopes/RSJ)

Environment Canada said to expect the freezing rain to turn into mixed snow overnight and some areas could see between 5 to 10 cm of snow. Scattered flurries will be moving towards Hamilton and the Niagara region tomorrow, but precipitation is expected to have stopped by Tuesday.

On Twitter, the City of Hamilton advised residents to drive safely, park off the street if possible, keep fire hydrants clear of snow/ice and call 905-546-2489 with any city-service emergencies.

Isabella Lopes is a third-year Ryerson Journalism student who was born and raised in the Hammer.