Documenting a Theory of Assholes

A new documentary film by John Walker unpacks the thesis of the book Assholes: A Theory by Aaron James.

Canadian producer, director and cinematographer John Walker was asked by a female friend, "Do you have to be an asshole to become a great filmmaker, artist, architect, whatever?" That was the impetus that sent Walker on a journey to uncover the truth about this repugnant segment of society, which he documented in his new film Assholes: A Theory. 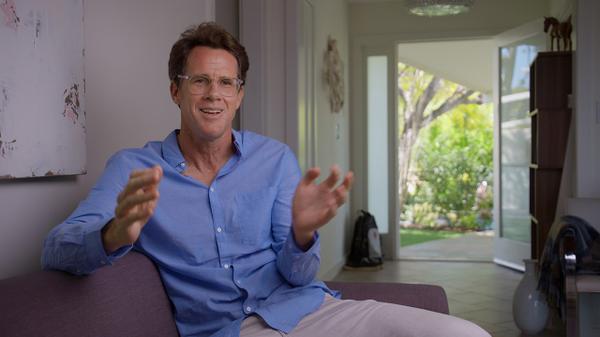 Walker began his investigations by visiting his favourite bookstore where he discovered Assholes: A Theory written by surfer enthusiast and philosopher Aaron James. The professor and chair of philosophy at the University of California, Irvine created a definition that states an asshole is someone who:

While assholes are a worldwide phenomenon, they are overwhelmingly men who fall into a range of often overlapping categories. These include, but are not limited to, assholes who are: boorish; smug; drunk; arrogant; sexist; your boss; nice to your face but mumbling behind your back; social savvy; excessively aggressive drivers; and narcissistic.

A lack of core values and a disrespect for parents are cited as the main ingredients required to create the superlative asshole. Psychotherapist Suji Gelerman says these narcissists don't even know other people exist and this makes it impossible for them to process their assholeness.

She notes that women are most often the preferred target of assholes because body image is so easily fraught with self-doubt for women of every age. Leaving carnage in their wake goes unnoticed by men like Harvey Weinstein, who are literally unable to see the damage their behaviour causes. Gelerman says that's what is needed to eradicate asshole behaviour. 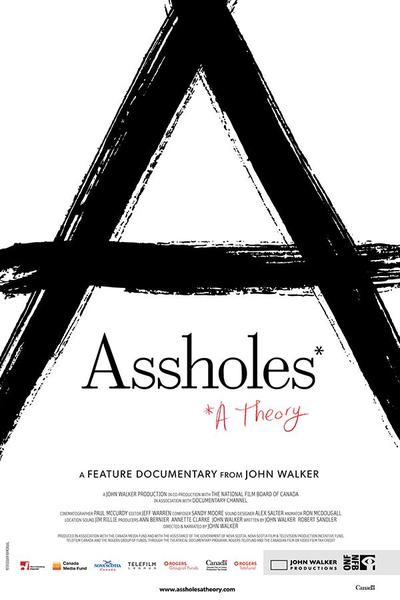 Walker speaks with a myriad of experts on the topic, including Robert Sutton professor of management science at the Stanford University School of Engineering and author of The No Asshole Rule. Sutton quantifies the damage done by assholes in terms of taking away individual dignity.

Interspersed throughout the documentary are brief interviews with a variety of young men who proudly self-identify as assholes. Many consciously chose this path because they see it as beneficial to their acquisition of power, wealth and naïve young girls.

Geoffrey Nunberg, a University of California Professor, says assholes ought to know better but repress this information. That differentiates them from pricks, who are perfectly aware of what they are doing, but proceed anyway.

Canada's assholes include hockey bully Brad Marchand and former Toronto Mayor and crack user while in a drunken stupor, Rob Ford, as well as members of The Royal Canadian Mounted Police force. Sherry Lee Benson-Podolchuck was bullied and sexualized while employed as an RCMP Constable. When she complained about her treatment, she became the target of vicious abuse that continues today.

After asking for justice for over two decades, Benson-Podolchuck was vindicated after the re-issue of her 2010 book Women Not Wanted. That's when over 3,000 women connected with the RCMP launched a $1.1 billion class action suit against the force and resulted in the federal government appointing the first female head to the force.

Aimee Morrison, Waterloo Professor of Literature and Digital Humanities, believes assholes are akin to toddlers and teenagers who never learn to repress their impulses. Instead, they grow into self-centred, self-serving adults.

Johnathan Gilmore, a US Marine Corps Veteran and Cornell Undergraduate, uses lived experience to explain the asshole phenomenon. He joined a fraternity in the hopes of recreating the brotherhood he experienced in the army. Instead he found himself surrounded by the assholes that are part and parcel of both institutions.

According to Gilmore, women are objectified, younger initiates are constantly put down and derided, rape is accepted, and countless bystanders reinforce these bad behaviours with silence.

Sherry Colb, a Cornell University Law Professor, agrees that fraternities are home to bad behaviours that are encouraged, spread and are intensified. The only solution is their demolition. Unfortunately, generations of rich white dudes are funding and running them.

The law department at Cornell has been able to accomplish a no-asshole rule within the department and this way of thinking is slowly infiltrating other American institutions, like the asshole-filled universe of the financial sector.

The documentary also turns the lens on world leaders who frame decisions around their own needs in order to protect themselves and their supporters while undermining the best interests of the country as a whole. Case in point: Italian Prime Minister Silvio Berlusconi, who purposely fed the perverse desires of selfish Italians and engaged in behaviour that enriched himself. He convinced the Italian people that asshole behaviour is completely acceptable and necessary to achieve success.

Social media has amplified the voices of assholes and the effects of their narcissistic behaviours. Silicon Valley is full of entitled, wealthy, young white men like Mark Zuckerberg. Former Twitter, Apple and Google engineer lead Leslie Miley sees this as a recipe for exponential growth of 'brogramming' assholes creating the next great thing which is only good for their own bottom line and undermines democracy by misleading the general population into voting based on emotion rather than fact.

The death of the macho man is something to celebrate, but it has created a void that James sees as prime space for assholes to lay claim to. And that should make the rest of us very afraid.

Filmmaker John Walker and author Aaron James will be in attendance at Hot Docs screening of Assholes: A Theory at TIFF Bell Light Box on April 30 and May 1. On May 4, this NFB co-production will be screened at the Isabel Bader Theatre in Toronto. Advance tickets for all three screenings are sold out but rush tickets will be available an hour before each performance.