The City is installing a new pedestrian crossover (PXO) at the dangerous intersection of Queen and Herkimer.

The City of Hamilton is installing a new pedestrian crossover (PXO) at the intersection of Queen and Herkimer streets, a notoriously dangerous crossing for people due to unsafe motor vehicle traffic. 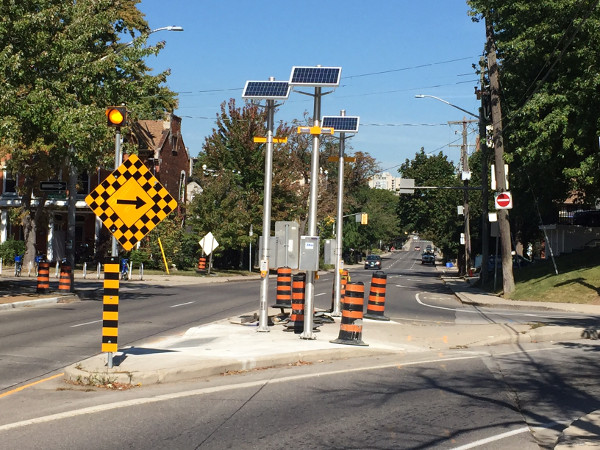 First announced two years ago, this PXO will use a design from the new Ontario Traffic Manual, Book 15, which was approved by the Ontario provincial government in 2015. 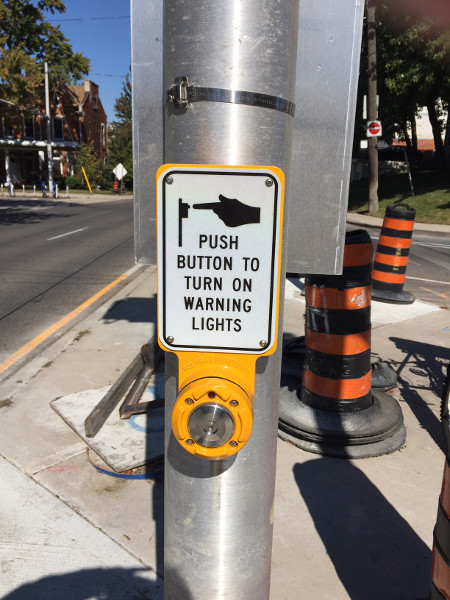 The City is gradually installing several of this new type of PXO across the city to improve safety for the people of Hamilton.

Great to see this! We also need one at Queen and Glenfern.

Alas, that particular intersection is not on the current list being rolled out. I am under the impression that there is not much pedestrian traffic crossing Queen at Glenfern. Glenfern ends at Queen, and there are no major destinations on the East side of Queen Street at Glenfern.

I am curious. I presume that you made the comment because you are crossing Queen at Glenfern. What destination are you going to?

I walk, bike or drive up (and down) Queen at least 8 times a day (walking up and down.) I have yet to see someone use that crosswalk button. This as opposed to the pedestrian light north of there which is used quite a bit.