My Year of Living Spiritually

One in five Canadians considers themselves "spiritual but not religious" (SBNR) and these folks are hungry for experiences that bring a greater sense of meaning and connection to their lives.

Twelve years ago, I joined a local Hamilton church that might not have saved my soul, but certainly saved my life. I'd been a churchgoer from birth, born into a strict Dutch Reformed community in the Niagara region. My family prayed at every meal, I attended church twice on Sundays, Young People's on Friday, catechism on Wednesday. I was raised to believe I was a loathsome sinner, even though I wasn't quite sure what I'd done wrong.

All this religion-by-rote didn't serve me well. God was a hard pew and a soft idea. As soon as I could, I left the church of my childhood. The elders wrote me a letter telling me my soul was "barred from the gates of heaven." My departure essentially resulted in exile from my family. As for my soul - well, it felt as empty as a well-drained communion cup.

Decades later, stepping through the doors of First Unitarian Church on Dundurn Street, I experienced a turning point. I was greeted with the voice of an angel: Jude Johnson singing John Lennon's "Imagine." Hearing her serenade the congregation about the possibility of there being no heaven or hell - in church of all places - was a stark departure from the fairy tales I'd been told about streets of gold and eternal damnation.

I had found what I thought was so elusive: a religious institution where doubt was understood, even expected. A place that focused on the celebration of the human spirit, rather than the stain of sin, and managed to transcend both religious differences and cultural boundaries.

I'd found my spiritual home, but lately I've been wondering if I'm really living a spiritual existence. "How we spend our days is, of course, how we spend our lives," wrote Anne Dillard. So what does it say about my life that Facebook has become my Bible, the couch my pew, Netflix my church and wine the sacrament I use to smooth the rough edges of life?

I can barely sit still to read a book anymore. I'm jittery from the distraction of social media. Meanwhile, newspapers pile up for days. I don't carve out enough time to allow relationships to go deeper. I hardly spend any time alone in silence. And I am addicted to busyness - a whole lot of my sense of self is tied up with what I accomplish, not the essence of who I am.

I was in need of a spiritual reboot. I wanted every day to have a sense of the sacred, not just Sunday. It was time to stop skimming a stone along the surface of my life and plunge into its depths. Who knows what I'd find there?

"You have to grow from the inside out," said the Hindu monk Swami Vivekananda. "None can teach you, none can make you spiritual. There is no other teacher but your own soul."

It was time to teach myself a thing or two.

So I'm embarking on a soulful whirlwind of spiritual practices and existential experiences - all in an effort to find my Zen, my flow, my bliss - or maybe just myself. I'm trekking off to my own metaphorical Walden Pond.

I don't have the luxury of escaping to a cabin in woods for two years like Thoreau did (he was lucky - his mother did his laundry and made him lunch every day). But I've cut my workload in half so that I can commit myself, with something close to nun-like devotion, to this task of being a seeker.

Thus far this year, I have: hired a soul coach, set up an altar in my living room, taken a daylong tarot workshop, created a new morning routine that ditches thumbing through Facebook in favour of meditating, journaling and stretching, maintained a gratitude journal, and observed a secular Lent by (mostly) giving up booze for 40 days (I even attended an agnostic AA meeting to see if that would help).

And I have a holy host of things on my spiritual to-do list, including: seeing a shaman, immersing myself forest bathing (there's a three-hour session at the RBG on June 7), joining the Tuesday Choir (a secular drop-in community choir that meets every Tuesday at The Winking Judge), getting into a regular yoga practice with the help of Soul Sessions on James Street North, hosting a "death over dinner" potluck facilitated by local "death midwife" Rochelle Martin, experimenting with enforced solitude by going camping by myself for a few days, learning how to balance my chakras (whatever they are), have a reiki treatment or two and get a tattoo to mark this year of exploration.

I've also booked an appointment with a Jungian analyst to examine the otherworldliness of my dreams and I'm toying with the idea of trying ayahuasca, a plant that's used as a spiritual sacrament in indigenous ceremonies and is known to induce altered states of consciousness. Oh, and I'm going to a witch camp to dance naked under a full moon.

Sound too woo-woo? Maybe even a little voodoo? Perhaps. But millions of people engage in these types of practices in the hopes of experiencing something deeper. Once they might have felt it in a pew. Now they're feeling it on a meditation mat.

The timing is right. I'm 54 and in the second half of my life. My kids are almost grown and don't need me as much. And 2017 got off to a bleak start with a dark force in the White House. It's time to look toward the light.

One in five Canadians considers themselves "spiritual but not religious" (SBNR) - I consider myself one of them - and these folks are hungry for spiritual experiences that bring a greater sense of meaning and connection to their lives. That's why the Camino Trail is as jam-packed as Highway 401 and why half of my friends are considering becoming reiki masters.

It's fashionable to make light of these sorts of mystical practices. But maybe it's time to reconsider our old ideas about New Age. Maybe it's time to stop piously dismissing these pursuits as less honourable than the goals many of us are schooled to strive for. You know: a bigger house, a luxury car, a top-tier university for our kids, an annual inclusive southern holiday where we can lie on a beach and contemplate, what? Whether to have a margarita or a daiquiri? Is this what brings life meaning?

So will learning to balance my chakras bring enlightenment? Will dancing under a full moon feel sacred or silly? Who knows? Woo-woo factor be damned. It's going to be a spirited ride.

I hope you'll consider joining me. Sign up to receive biweekly updates of my journey. 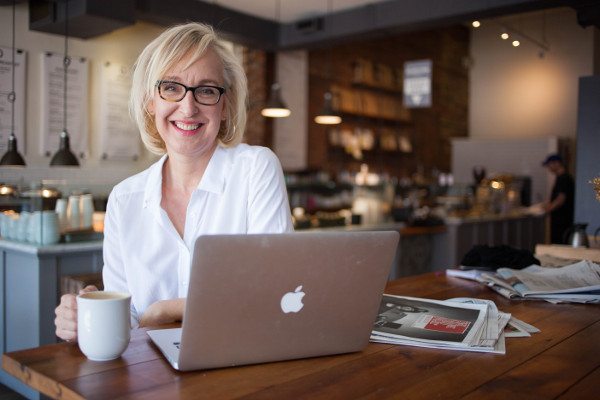 Anne Bokma is an award-winning journalist in Hamilton. She writes the "Spiritual But Secular" monthly column for the United Church Observer, reporting on the spiritual practices of the growing spiritual-but-not-religious demographic. Her blog, "My Year of Living Spiritually," is hosted on the Observer website.

Fascinating! I would like to suggest perhaps another couple of activities. Firstly, in Hamilton we live next to the Six Nations reserve. I see from their official website that their Cultural Experience Packages include a spiritual component. In particular, the "By the Fire," "Into the Woods" and "Where Cultures Meet" experience packages include spiritual components from the Six Nations perspective. I also see on the Six Nations Events Directory that next Sunday, April 9, we are invited to attend the service at Her Majesty's Royal Chapel of the Mohawks.

Secondly, I see that three Ancaster churches are partnering to offer Alpha. This is explicitly designed for the "spiritual but not religious" person.

Have a great year!

Bit of a strange contradiction, no?

You admit jittery distraction as a result of Facebook & social media, then close by encouraging readers to sign up for your bi-weekly 'hit'.

This article may be of some interest & help as you delve deeper ... https://www.raisethehammer.org/article/2...