The letter expresses support for the benefits of transit investment and urges Council to continue implementing its rapid transit plan. 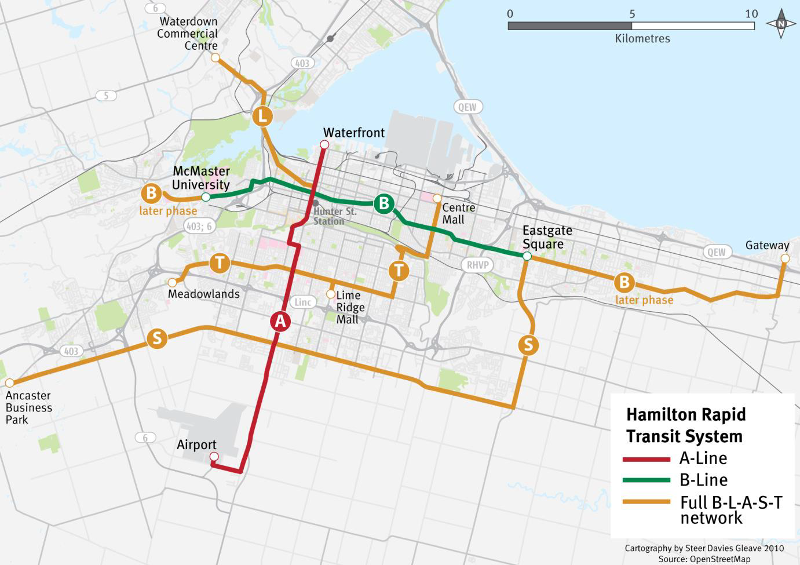 The "BLAST" network is a system of five rapid transit lines serving the entire city. The first line, an east-west LRT route running from McMaster University to Queenston Traffic Circle, has already been approved for full capital funding by the Province with construction to begin in early 2019.

On March 28, 2017, Council will be receiving a requested Environmental Project Report Amendment from Metrolinx and City staff, which must be submitted to the Province as part of the Environmental Assessment process before the project can proceed. After voting for LRT 52 consecutive times, Council is now wavering on whether to move forward.

In the letter, the signatories state, "we believe in the transformative potential of a robust transit system, including both traditional and rapid transit, for the health and prosperity of our city." The letter goes on to "urge the City of Hamilton to continue with the implementation of the BLAST transit network."

To: His Worship Mayor Fred Eisenberger, City of Hamilton, And Members of Hamilton City Council

As anchor institutions in Hamilton, we believe in the transformative potential of a robust transit system, including both traditional and rapid transit, for the health and prosperity of our city. We support the full implementation of Hamilton's BLAST network that will enable our students, our patients, our employees, and our citizens to benefit from improved mobility within our city and a wider variety of transit options. 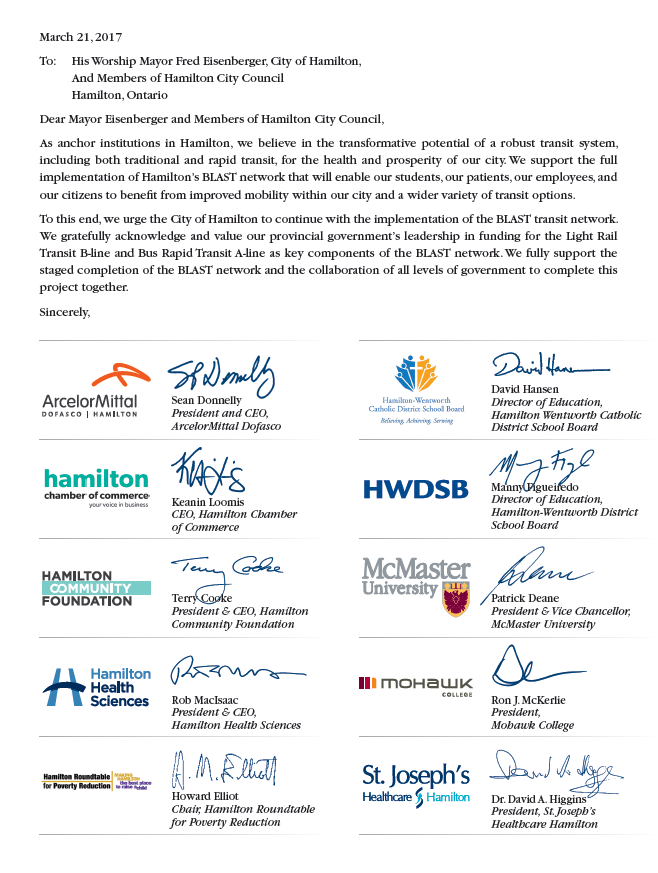 Letter from Anchor Institutions to Council on Rapid Transit

I support the BLAST network in the diagram above shows LRT B-Line is from Eastgate Square to McMaster as #1 priority as Rapid Ready report Feb 2013 for 100% funding.On May 25 2015 Wynne Government change her ask Funding from McMaster to Queenston Circle with A-line LRT spur line to waterfront Liberal Goverment put city Council ,in a position to acceptance.No way Queenston Circle is show ?