Major LRT Milestone Under Threat - We Need Your Help

This vote should be a mere formality, but LRT opponents want to use it to obstruct, delay and ultimately kill the project.

This coming Tuesday, March 28, Councillors will receive a major milestone in the city's Light Rail Transit project: the Environmental Project Report (EPR) Amendment is coming for approval. This should be a mere formality, but LRT opponents want to use this vote to obstruct, delay and ultimately kill the project. 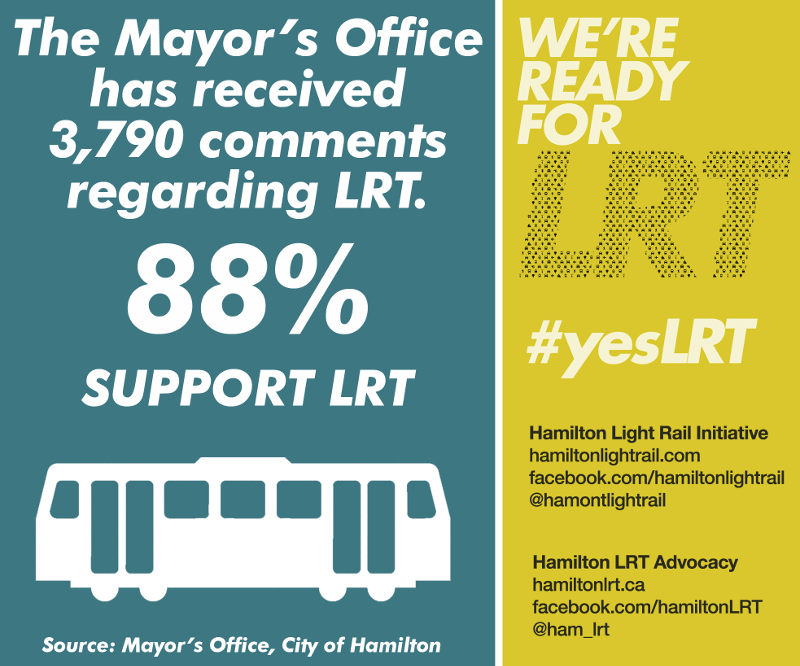 LRT Fact: The Mayor's Office has received 3,790 comments regarding LRT and 88% are in support

The EPR is part of the mandatory Environmental Assessment for any large transit project. Council first approved the EPR in 2013 and submitted it to the Province (the Rapid Ready report). When the Province committed full capital funding for a phased B-Line terminating at Queenston Traffic Circle, the City and Metrolinx had to prepare an amendment to that original report to take the design changes into account.

Council directed staff to prepare the amendment and it is now complete. Because the City and Metrolinx are co-proponents of the LRT project, Council needs to sign off on the amendment, which is why this is coming to a vote.

The project is being developed on a tight timeline to ensure that a final contract to build the line has been signed before the 2018 Provincial election, and so far the project is on time. Unfortunately, it looks like LRT opponents - including some Council members - want to use this vote as an excuse to slam on the brakes.

An obstructionist delay at this point means LRT could become a political football in 2018 instead of a done deal. If LRT supporters don't make a strong showing at the March 28 meeting, Council could use that as an excuse to claim that the project no longer has public support and let it die on the vine.

What You Can Do:

Council needs to hear loud and clear that we expect them to lead on this once-in-a-generation opportunity to transform the future of the city. We can't let cynicism and fear of change derail this project now that it is so close to completion! 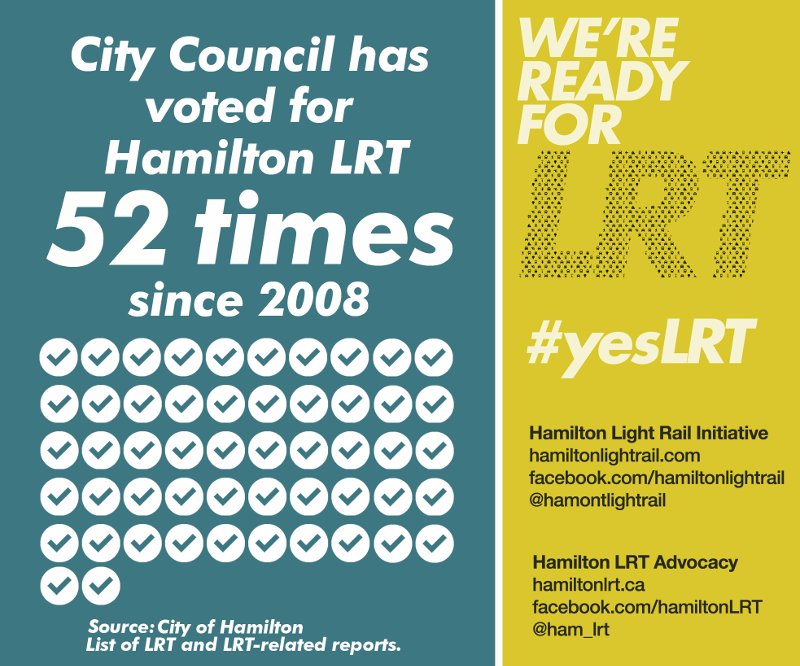 Whitehead is working hard to drive the wedge further:

Note that he doesn't boast about sending this out, he does it silently.

I can't make the meeting (for awesome not-work reasons: I am with my son's class on a trip to the municipal waste facility!) but I am writing a letter on the items to be discussed to my councillors and the mayor, and will post here for those who want to borrow my language. -Craig Burley

Also, do consider mentioning in your letter that while Councillor Whitehead has been encouraging Council to disregard or ignore comments and communications from those who favour the LRT project, councillors have a duty to listen evenhandedly to all comments from their constituents regardless of their views.