Neglect, speculation, and lack of vision: That is what is standing in the way of a prosperous streetscape on the Gore.

This letter was sent to Hamilton City Council to oppose the demolition request for the heritage-designated buildings at 18-28 King Street East. Council will decide wiether to approve the demolition on January 17, 2017. If you support preserving these important buildings, please consider sending an email to Council as well.

I appreciate that you have a difficult decision to make regarding the proposed demolitions on Gore Park and I hope you will consider the following during your deliberation.

You already know these buildings are designated under the Heritage Act, historically significant and certified structurally sound.

You want to see life, vibrancy, commerce, development and tax revenue bursting from Gore Park. And above all, so do I.

You have been told that this "compromise" is the answer.

Will the proposed development (if completed) help bring excitement and life back to Gore Park? Of course. But, is demolition of substantially all of 18-28 King necessary in order to bring about the improvements we all want to see? Certainly not.

As you know, the developer owns most of the block - about a third of which is currently made up of empty lots. And yet we're told that these heritage properties need to come down to make room for something new? Nonsense! 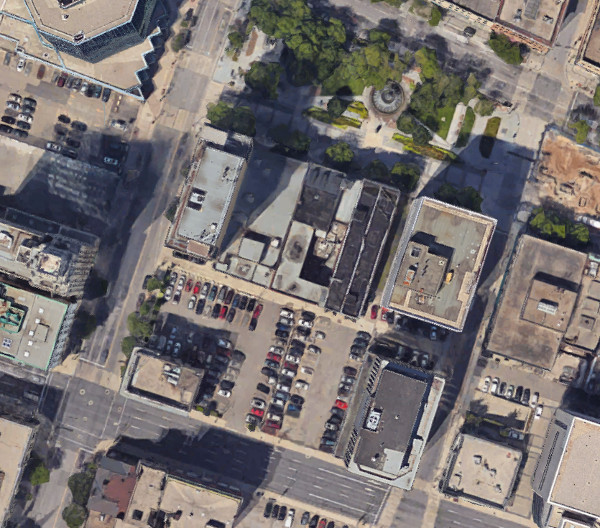 Your eyes will light up when you see the artist renderings of a happy, people-filled Gore Park streetscape.

But please ask yourself: Is this streetscape lacking happiness, vibrancy and beauty today because of ... the buildings? Are these buildings really what is standing in the way?

The blame for today's sorry street rests with the manner in which the buildings have been treated and used - or more importantly, not used - for over a decade by this owner.

Neglect, speculation, and lack of vision: That is what is standing in the way of a prosperous streetscape on the Gore - not, for heaven's sake, the buildings themselves, which are some of Hamilton's most distinguished and unique.

If the blundering history of "urban renewal" has taught us anything, it is that demolishing old buildings and replacing them with new ones, does not solve the problem of under-performing urban space.

In fact, such demolitions have a demonstrated tendency to do the opposite by removing the character, charm, and sense of history which give our older neighbourhoods their only "comparative advantage" in a growing City full of old and new.

It is attractive to look for easy, quick fixes when it comes to our old buildings. But unfortunately, the fix is not quick, nor is it easy. The fix requires proud stewardship by responsible owners operating within the parameters of carefully honed government policy.

And the payoff, as is being repeatedly celebrated throughout Hamilton today, can be truly remarkable and encouraging.

Thank you very much for taking a moment to consider my letter.

New build must preserve, and go well BEHIND the street wall. That's the only acceptable "compromise".

Otherwise we have a city of cold, unfriendly wind tunnels.