HPO's Gallery Series brings members of the professional orchestra together to create 60-minute concerts of small groups of instruments in unique settings and beautiful spaces throughout Hamilton.

Robert Daniels, owner of Earls Court Gallery, believes that art should be affordable and accessible to everyone in Hamilton. So, he is partnering with the Hamilton Philharmonic Orchestra (HPO) to bring the first performance of their 2015-16 Gallery Series of free concerts to the city's east end. 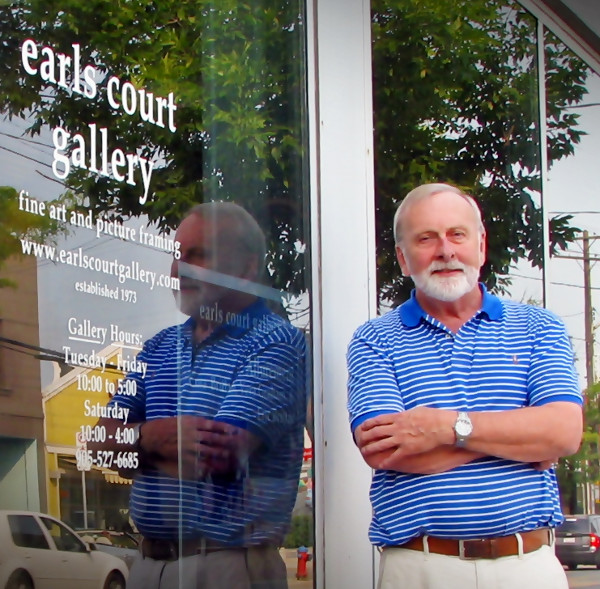 "Earls Court Gallery is now entering its sixth year on Ottawa Street, and we're thrilled to host HPO's Woodwind Trio for the first time in this inspirational neighbourhood," said Daniels. "The performance on November 10 will give local residents the opportunity to experience the beauty of chamber music in our main gallery space, where the fantastical art of Marcelo Suaznabar, among others, will be on display."

Doors open one hour prior to the concert start time of 7:30pm. Seating is limited - first come, first served. Guests are invited to a reception following the performance, when they can meet the musicians: Leslie Newman, flautist; Michele Verheul, clarinetist; and Eric Hall, bassoonist.

"For some people, coming down to Hamilton Place and sitting in a concert hall can be a daunting proposition," said Diana Weir, HPO's Director of Communications and Development. "We wanted to leverage the great community assets our city has, and it just so happens that Earls Court is a fantastic local art gallery to activate with beautiful music for the community."

Earls Court has a 1600 sq. ft. gallery and a 1,000 sq. ft. framing facility. 1,000 sq. ft. of gallery space is dedicated to older Canadian and historically significant works. Newer exhibits are always being added and local artists are featured on a regular basis.

"One of the great parts about this program is the fact that each event is emceed by the musicians themselves," Diana added. "The musicians walk the audience through each piece and help illuminate the music for them, bringing depth and insight to the entire evening. And then, at the end of the performance, everyone's invited to hang around and have a drink."

HPO's Gallery Series brings members of the professional orchestra together to create 60-minute concerts of small groups of instruments in unique settings and beautiful spaces throughout Hamilton. This year, participating galleries extend beyond the city's downtown core and include Dundas and Burlington. All Gallery Series performances are free of charge.

Founded in 1884 as The Hamilton Orchestral Society, the musical talents of today's HPO artists continue to enhance the quality of life for Hamiltonians as great symphonic music comes straight to the heart of the city's diverse neighbourhoods.

A version of this story first appeared in The Point community newspaper.