A Conversation with Bill Freeman on Urban Restoration 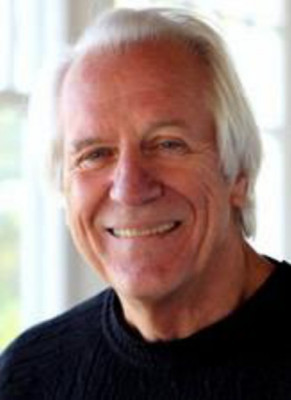 A little over a month ago, I attended a talk by author, historian, and urbanist Bill Freeman at the Westdale United Church. He was in town to promote his new book The New Urban Agenda, a fact I was alerted to by an enthusiastic review of his book that appeared in RTH a few days beforehand.

As timely and important as his new book is, I knew Bill by reputation as the co-author of Their Town: The Mafia, The Media, And The Machine.

Secretly, I hoped to gain some insight into how our current urban renaissance and much talked about need for intensification and revitalization of downtown and the West Harbour struck someone intimately familiar Hamilton, its history, and, especially, its 1960s/70s experience with downtown improvement and community renewal.

Their Town, after all, offers a vivid reminder to us in the present that visionary plans and ideas can go awry in practice.

As a supporter of good mixed-use and transit-supportive intensification, I like to think we have learned from the past and that our current round of city-building is about urban restoration, that is development that enhances the urbanism of downtown and core neighbourhoods, and brings people back into cities to live, work, and play.

But how do we know if we don't revisit how things went wrong in the past? And I don't mean simply what we did wrong, but also how and why were they done?

I found Bill's talk interesting, but couldn't help feeling a little disappointed. It was broadly focused on the challenges facing Canadian cities and how to solve them.

That's an important discussion, especially in the midst of a federal election. After two decades in which the federal government has largely turned away from a direct, active role in affordable housing and urban policy, we need a vigorous public debate about what role the federal government should play in shaping our cities and metropolitan regions, even if they are constitutionally creatures of the province.

It's just that I had hoped for something a little more Hamilton-centric.

Afterward, I asked Bill if he would be willing to come back to Hamilton in the near future with an eye to having him link themes from his current book to lessons that might be drawn from Their Town.

After the caution that he'd prefer to focus on discussing in more detail the opportunities and need for new mixed-use, mixed-income development in Hamilton (especially on brownfield sites and downtown parking lots), and to take care not to read too much into the present from the past (an important point), he agreed and suggested he'd like to come back for the next Artcrawl.

So, tomorrow night Bill will be in conversation with me and others at 294 James North - the Evergreen/West Harbour Storefront engagment project - from 7 to 8 pm.

I hope you'll drop in and join us if you're planning to attend Artcrawl.

Bummer! I'll be at the Ti-Cat game.