Citizens and organizations are making Hamilton a model for how rural and urban can work together as part of a sustainable food system.

Yes, Hamilton is still known as Steeltown. It's also becoming increasingly known as a thriving arts centre. But perhaps less well known is that about 80 percent of Hamilton is rural and agricultural lands. 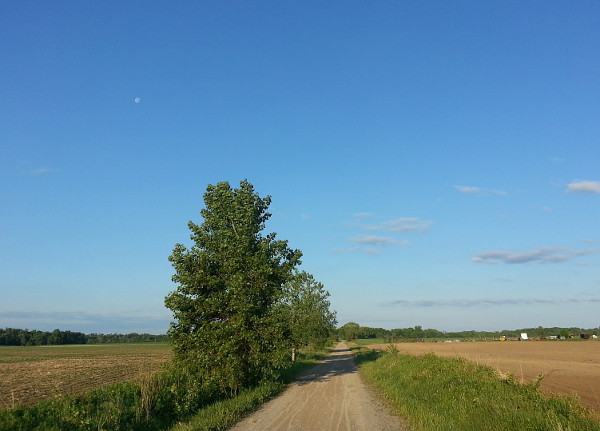 On the doorstep of this rural and agricultural area is an urban area of more than half a million people, soon to be more than 700,000. The city is working to take advantage of this unique opportunity and position itself as a leader in urban agriculture.

To help achieve that goal, the City's Planning and Economic Development Department, led by Planning Manager Joanne Hickey-Evans, has been systematically identifying, and removing, barriers to urban agriculture.

These efforts are part of a broader local food strategy supported by several City staff that is being spearheaded by the City's Public Health Department.

For example, we found that some of our land use policies created barriers to setting up farmer's markets. So we changed them.

We amended the Urban Hamilton Official Plan and the seven zoning-by-laws to permit urban farmers markets in many more places across the city, such as the parking lots of community centres and places of worship.

We also made some changes to the sign by-law to make sure that farmers markets can advertise themselves appropriately. 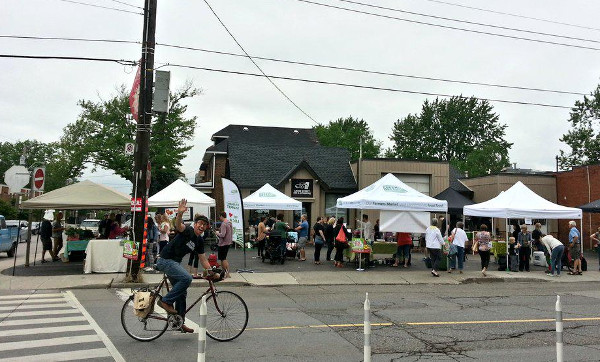 We found that some of our business licensing regulations made things difficult for local farmers wishing to sell at these farmer's markets. So we fixed the regulations. We changed a licensing by-law that used to limit farmers to selling only their own produce.

Now farmers can bring their own produce to the markets, along with some produce from neighbouring farms or other Ontario farmers, and sell it without needing to apply for a business license.

We found an increasing number of urban residents were wanting to participate in community gardens. So we brought in new policies to permit them.

There are now new land use policies and zoning regulations that explicitly permit community gardens and urban farms in more places within the city's urban area - in vacant lots, underused parks, and other urban spaces. 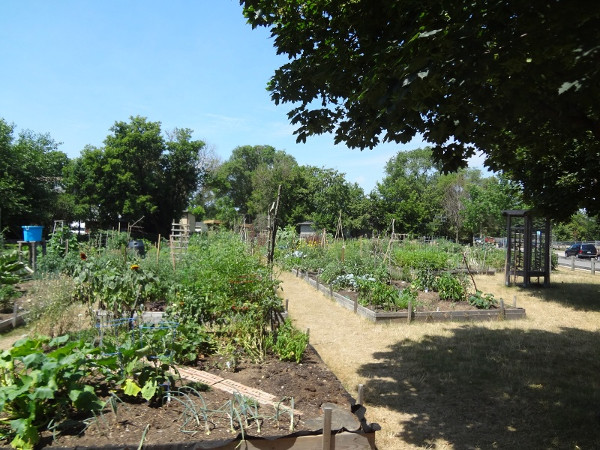 One of the findings of Hamilton's Neighbourhood Action Strategy was that parts of the City lack easy access to fresh and healthy food. There are already about a dozen community gardens on City-owned lands and about 60 community gardens operating in Hamilton.

Now there are more places in the city where community gardens and urban farms can be established.

Hamilton has a long history of grassroots efforts to support local agriculture, and to ensure all Hamiltonians have access to local, healthy food. Through the food strategy, the City is a significant partner in these efforts.

For the Planning and Economic Development Department, an important part of our partnership role is to make sure that our policies and regulations are not needlessly standing in the way. And that is what the initiatives described above will achieve.

There are now more places where local farmers markets can be established. It's easier for farmers to sell produce in those markets. And there are many more places across the city where neighbours can come together to create community gardens and urban farms.

I hope that through strategic, tactical policy changes like these, my Department can help the citizens and organizations who are making Hamilton a model for how rural and urban can work together as part of a sustainable urban food system.

Jason Thorne is General Manager of the City of Hamilton's Planning and Economic Development Department.

Thanks for your contribution, Jason!

On the topic of food markets...

One key consideration to keep in mind easier and clearer access to Library market too. Biking and transit infrastructure is still somewhat poor (unlike back in the old days of the early Farmer Market), and parking is sometimes still inconvenient.

MacNab is a fairly tame bike route, and is also an easy car access to the MacNab parking garage. I have a suggestion to install a sign a Cannon-MacNab intersection "<----- LIBRARY MARKET <------" as more than once keep forgetting Library Market is a mere 2 blocks down that route, and that I could quickly get an ingredient or two. Such a sign would help support farmers if it attracted a mere few additional people per month -- more than quickly paying for the cost of a simple placard mounted on the existing lightpole?

The International Village Bazaar is fairly quieter than it could be -- due to its relative inaccessibility by non-car-users at the hours it's open at. I wonder if that (reduction in vendors?) contributed to cancellation of the August 9th Bazaar final weekend. It's the combination of factors such as lack of transit, lack of safe-feeling bike access, many pedestrian-unfriendly crossings (especially for kids and older Hamiltonians) dividing it from residential neighborhoods.

So not just having Farmer Markets -- but easier access to Farmer Markets as the pedestrian audience is a fairly prime audience for inexpensive farmer market food (whether being retirees, yuppies, enviro-conscious residents, artists, jobless saving money, health-conscious cyclists wanting fresher food, car-owners preferring not to use car on weekends, etc), but we have difficulty accessing some of the markets without a car -- a conundrum.

Great piece. I sometimes think we overlook the use of urban land for food production. I have fruit trees, strawberries, garlic, spinach, lettuce, peas, green beans, and peppers growing in my backyard in the North End ... and my garden is relatively small compared to my Italian and Portuguese neighbours. I'm constantly amazed by how much food is grown each summer at the Victory Garden behind the Food Basics on Mary St. If peak oil unfolds like some imagine, what geographer Ted Relph calls SLOP (space left over after planning) in post-1970 suburbs will become valuable for this very purpose ... market gardens, etc.

Is it legal to keep chickens in Hamilton?

last time this came up (couple years ago) the city voted down a trial run with urban chickens.

Yup. And I haven't forgotten that the map was similar to the bus lane: pilot program in wards 1 and 2, supported by wards 1 and 2, voted against by the suburbs/mountain.

of course it was. Their favourite past-time is blocking progress in the dumpy city, but expecting the urban councillors to fall all over themselves approving new highways to Target....I mean, Walmart.

Jason this is a really hopeful, optimistic article. I agree urban agriculture is important for our future (and present).

However, one aspect that is missing here is the requirement for Hamilton to hold its urban boundary. Farmland is being rapidly paved over with sprawling suburban developments (e.g. Binbrook, Rymal Road East, Waterdown), then roads leading to those developments have to be widened, eating up more land.

We need to slow this down by having these developments truly pay for themselves and encouraging infill development.

Great article, Jason. Our girls outgrew their trampoline, so we put in a small garden. It's great.

Is it OK to take some mulch piled at Victoria Park, or is it for the gardeners only?

Congratulations to Hamilton for creating common-sense policies and regulations to support urban agriculture. Wally Satzewich, of Saskatoon SK, created SPIN-Farming, which is a growing system people can use to earn income producing crops in their backyards and neighborhood lots. It is starting to be practiced in communities throughout Canada and the US, and they can look to Hamilton for ways that they, too, can reap the many economic and social benefits of a local food industry.