Some people asked for my notes from this past Saturday's Jane's Walk along James Street South. I added some photos for those who would like to follow the tour from Gore Park to Ballinachinch.

Cities need old buildings so badly it is probably impossible for vigorous streets and districts to grow without them. ... Old ideas can sometimes use new buildings. New ideas must use old buildings.

— Jane Jacobs, The Death and Life of Great American Cities

I was honoured (and rather terrified) to be asked to lead a Jane's Walk in Hamilton last Saturday. My walk focused on James Street South and started on Saturday, noon, at the Gore Park Queen Victoria statue.

I was told the walk should take an hour or so, but I had no idea how many people would show up or how long it would take to walk it, so I decided to err on the side of having too much information rather than too little.

The walk had an amazing turnout and there was indeed more than an hour's worth, but we collectively decided to call it a day at around the 1.5 hour mark (we had reached St. Joseph's Hospital) as the rain that had been falling since just after the start of the tour seriously intensified.

As promised, here are my notes from the walk, including the stops past Charlton which we didn't get to see. I took some photos at lunchtime today so anyone walking the route can follow along more easily.

Three Tales of a Street 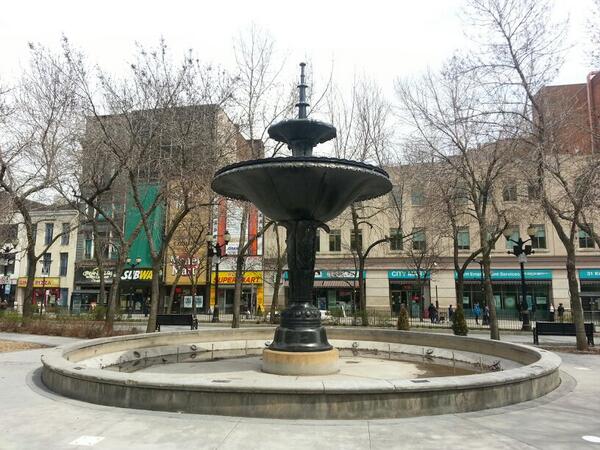 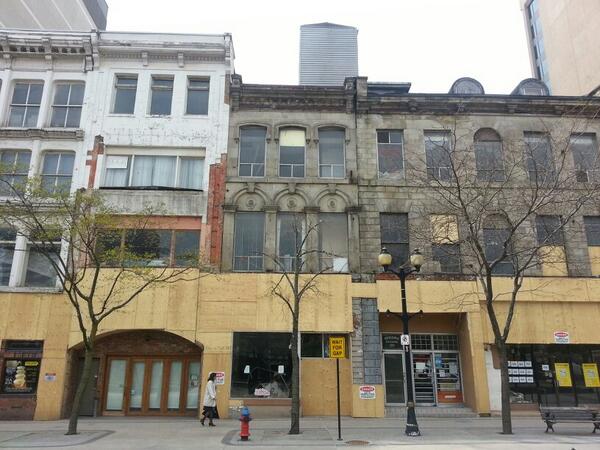 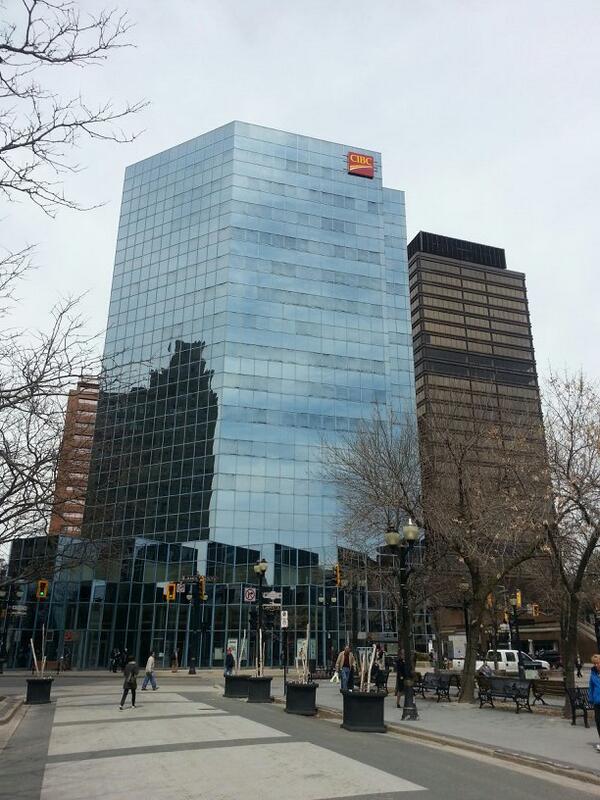 Vacant Lots, west side of James 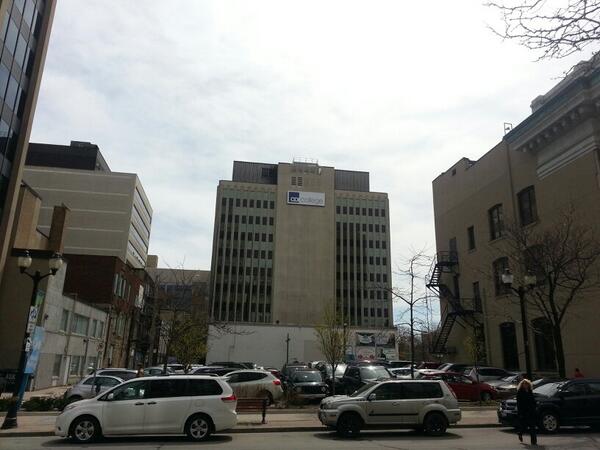 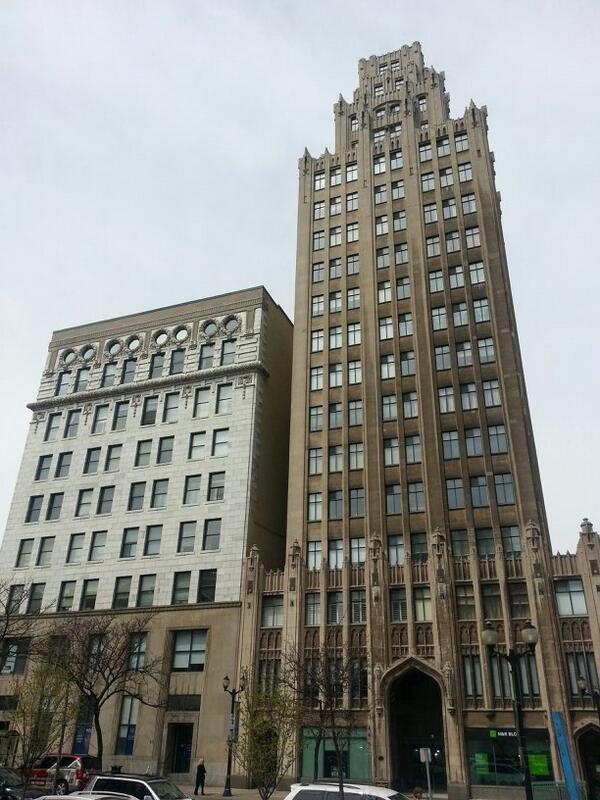 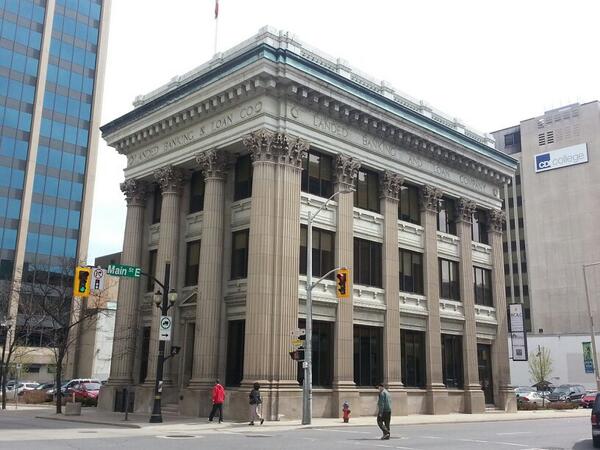 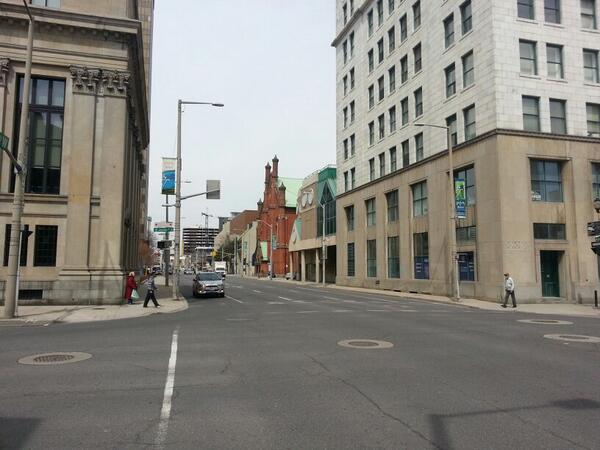 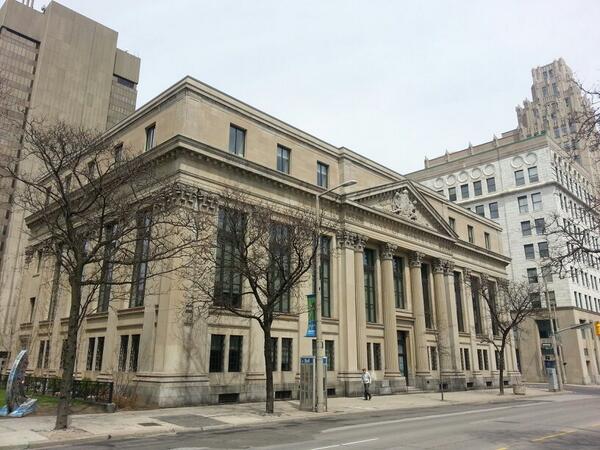 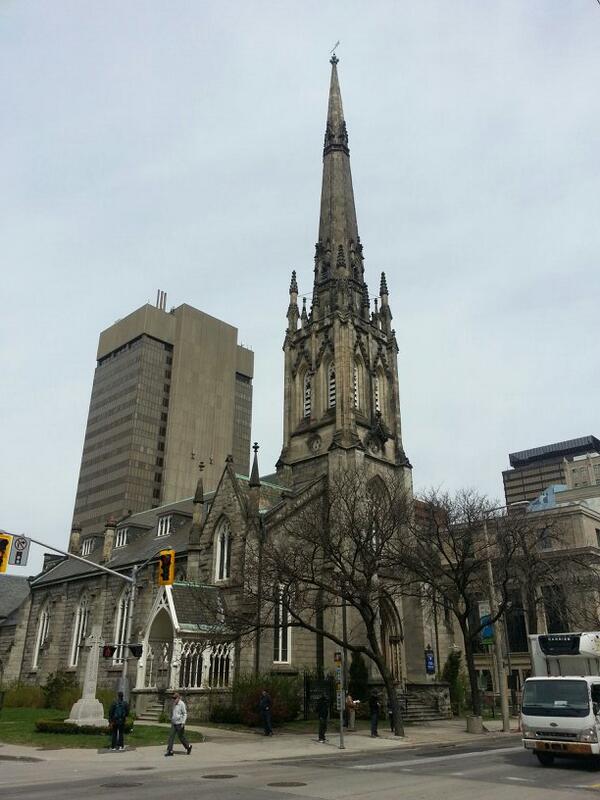 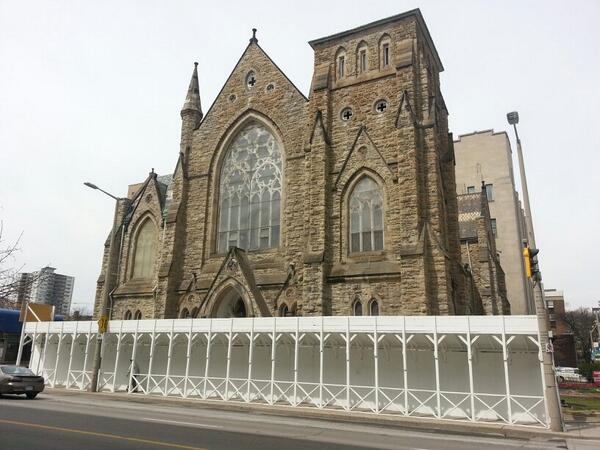 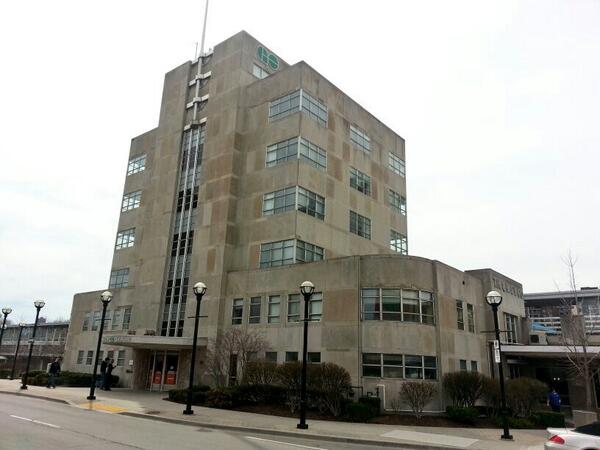 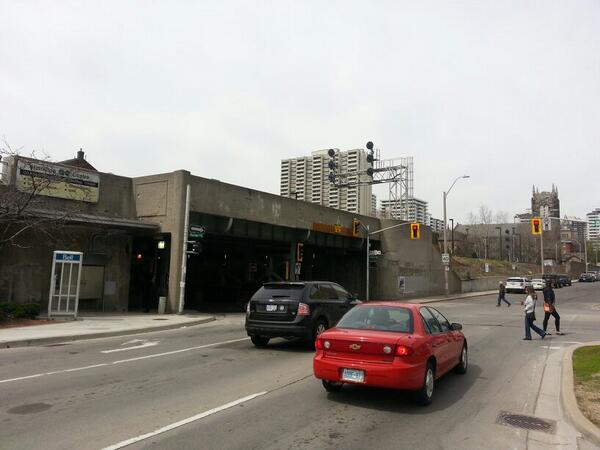 Hamilton Conservatory for the Arts 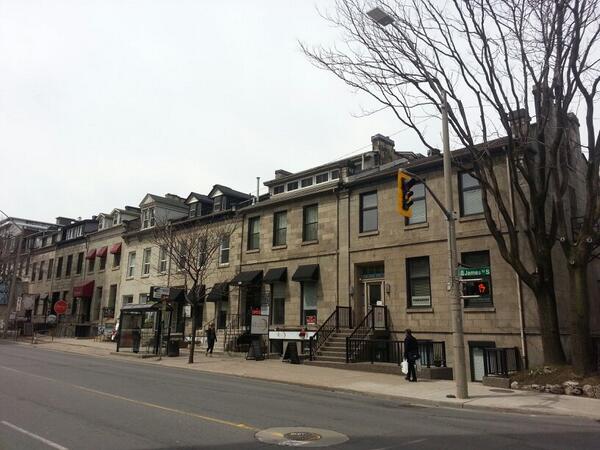 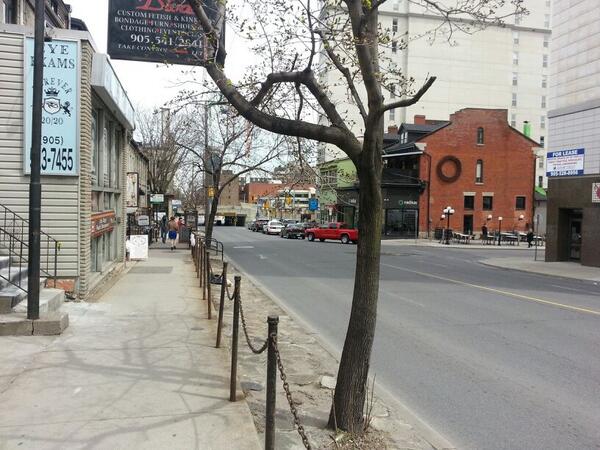 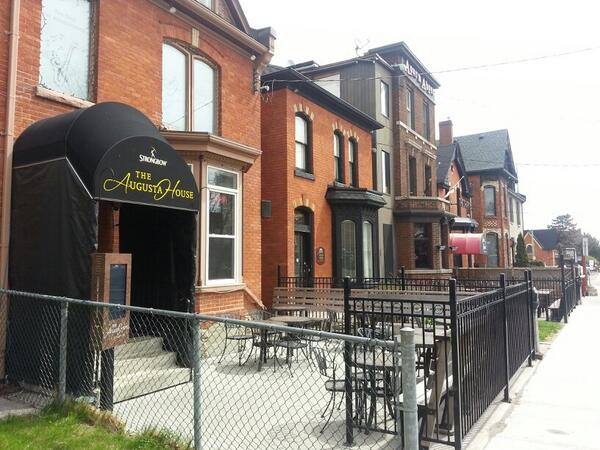 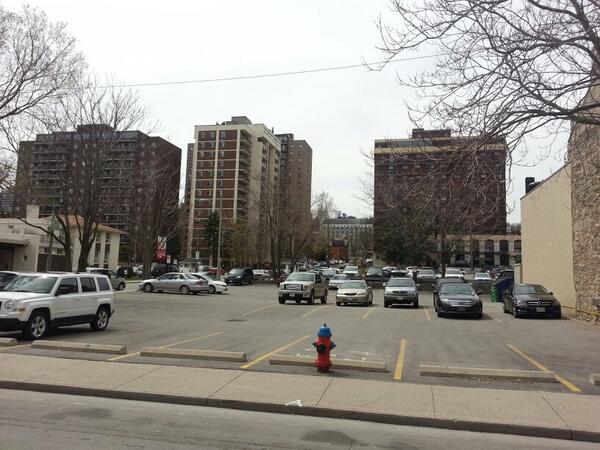 Strip Mall between Duke and Robinson 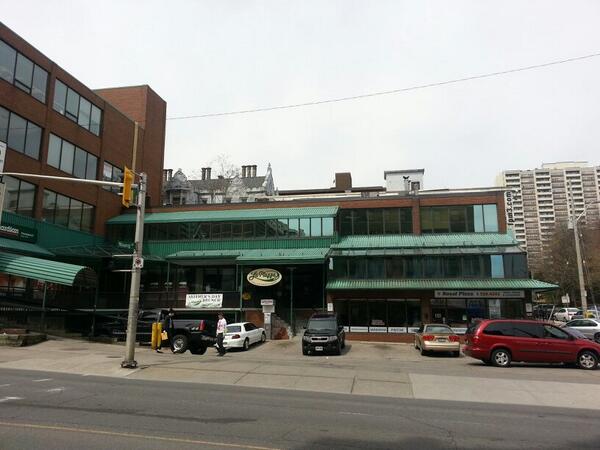 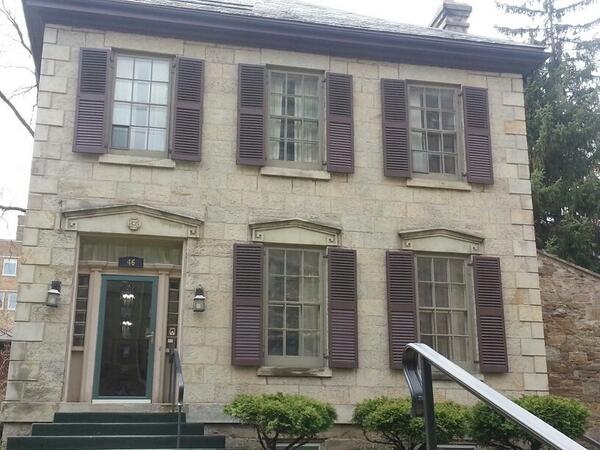 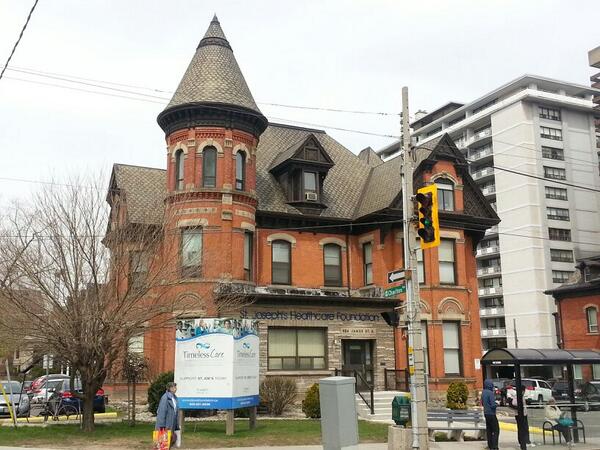 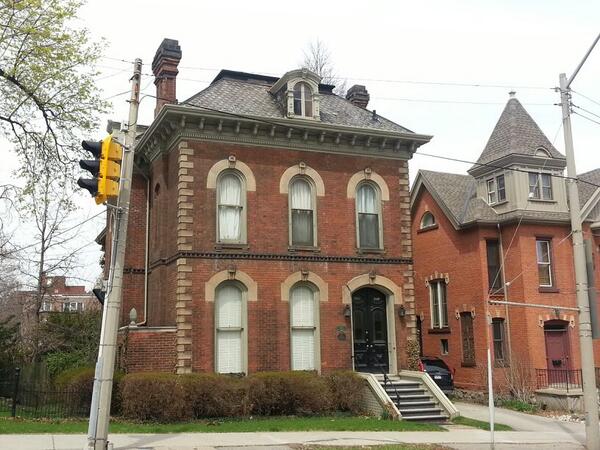 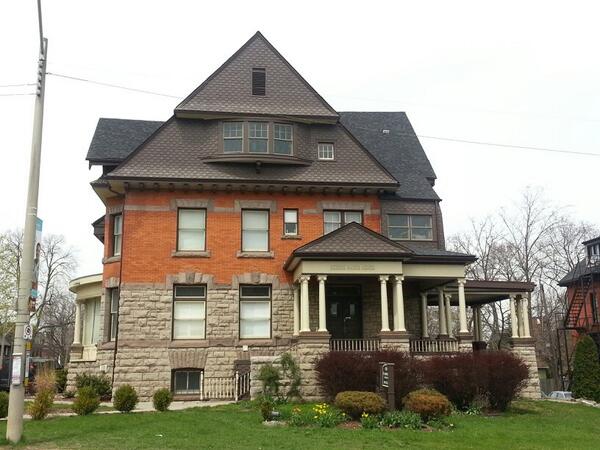 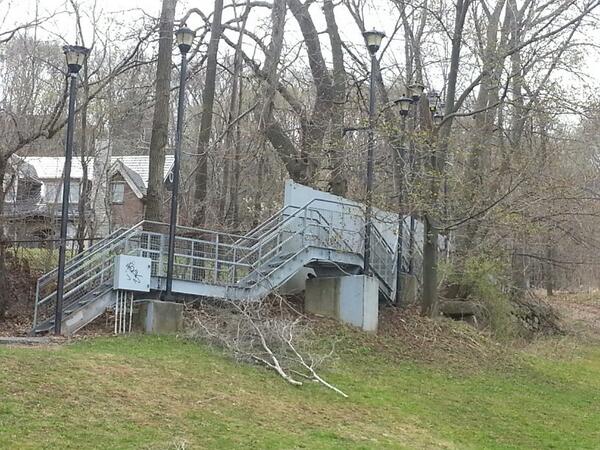 Your Jane's Walk was excellent. Thanks for taking the time to lead it, and especially for putting together so much background info about all the places you lead us to. Notes have been bookmarked for later reading!

I'll post/send you some photos I took along the way once I get them sorted out.

Finally posted some photos from this walk: https://www.flickr.com/photos/vgedris/se...

Note that the Marine Building in Vancouver quickly overtook the Pigott building as "tallest building in the British Empire": it was completed in October 1930 and is 22 storeys and 98 m high. It seems Canada was keen on this record. Unlike the Pigott, it is still an office building. http://en.wikipedia.org/wiki/Marine_Buil...

Awesome information! Even with your personal opinions on development, traffic, etc...that I don't necessarily agree with. :) I wish I had been able to make it!

Thanks for this, Ryan. Wish I could have been there, but it was really kind of you to put this out for those of us who couldn't attend.

I enjoyed reading this as well - lots of great details. I might print it to take along on a walkabout of my own soon.

Here's soemthing that I think I was directed to some time ago by someone on this site:

Go to the HIStory and HERitage site and append podcasts/2009/8/11/podtrod-corktown-walking-tour.html to it. Stupid inability to provide a URL as an anon poster. (Please don't give me the speech about registering, I've heard it too many times :) Alternately just search "Corktown podtrod" in Google.

It's an audio file to play on your iPod while you walk around the Corktown neighbourhood. Provides info on the buildings, past and present, the streets, etc. My wife and I did it and it was great.