Research into adaptive reuse supports the conclusion that developers and property owners can profit from restoring heritage properties. 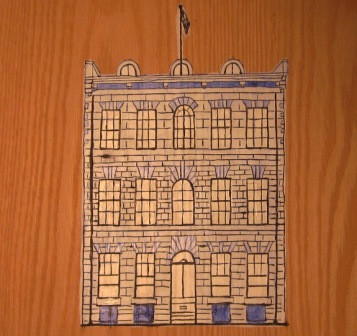 At the recent Citizens Forum on Heritage Protection held in Hamilton, several speakers noted that most requests to make physical changes are allowed and it is a myth that property owners are unable to change their properties.

Another concern often expressed is that adaptive reuse of heritage buildings is more expensive than building new, and this is sometimes the case.

They found that on average heritage development projects are slightly more expensive. Large new residential developments, for example, had a total cost per square of $130 compared to adaptive re-used properties at $231.

On the other hand, large new commercial developments had a total per square foot cost of $165 compared to $103 for adaptive re-use properties.

Estimating final costs of building or adaptive re-use projects is difficult because developers tend not to share this kind of information with researchers or the public.

The Lazarus authors also cited developers who noted that predicting building costs is very difficult because of the many factors that can change before project completion.

To get around the challenges of individual projects and their unique characteristics, researchers have looked at a number of heritage projects to determine whether developers or sellers can make a profit.

In the Lazarus Effect paper, researchers looked at 132 heritage development projects in the province of Ontario and concluded that even when the costs are greater, developers can generally achieve a high rate of return on their investment.

Randall Mason, a researcher from the Brookings Institution, did a literature review of 272 studies in 2005 entitled Economics and Historic Preservation [PDF] and came to the conclusion:

Historic preservation is typically judged to be a sound investment. By most accounts, it is more efficient and profitable to preserve a historic building than to construct a new one. Designating a landmark or district as historical typically maintains if not boosts the value of the property, and as an economic development tool, historic preservation has proved its worth. Nearly any way the effects are measured, be they direct or indirect, historic preservation tends to yield significant benefits to the economy.

In 2000, Robert Shipley, who is a University of Waterloo Planning professor, surveyed 3,000 properties in 24 communities across Ontario, looking at the effect of heritage designations on economic value. His article, entitled Heritage Designation and Property Values: Is There an Effect? [PDF], was published in the International Journal of Heritage Studies (Volume 6, Issue 2; pages 83-100).

Using sales data collected between 1987 and 1999, he compared designated properties with community averages and discovered the following.

When he broke down the data by individual communities, he found several did significantly better than the provincial average, including:

He looked at the rate of sales during both good and bad economic conditions and in both cases, the designated heritage properties performed better than non-designated properties.

He also examined whether a large number of heritages properties within a community affected their value and again he found this had no overall negative impact on value.

In conclusion, the notion that developers cannot make money from heritage properties is not supported by these studies.

One variable is the extent to which heritage properties exist in socioeconomically advantaged neighbourhoods, where property values often see increases and valuations that are out of step with the broader market. If heritage properties are saturated in these areas, it will skew the findings.

The front-end costs of new versus adaptive reuse is easier to determine, though again, the variables between projects are hard to quiet in the absence of control cases (e. Can we really compare the cost of the renovated downtown library to that of the HPL's new Lynden branch?). Even so, it's nice to see these discussions taking place as they will only enhance public appreciation of built heritage and its preservation.

Real estate is also given to so many subjective variables that you might never be able to derive a solid sense of what role heritage plays in ROI. I love architectural heritage and for me the whole focus on recouped value in terms of dollars and cents, while understandable, may be a bit reductive.

What you say about properties in well-to-do neighbourhoods and the locations affecting the results may be true. However, this is why researchers are looking at multiple projects in multiple communities. To escape the limitations of individual projects and individual communities.

I would also suggest that the process of gentrification would counter your point. This process would offer the greatest rewards to those who start the process. James Street North or even the Gore Park Condo project may be good future examples.

With regards to the focus on money instead of history and beauty, many have argued on this blog that developers are not doing this for nothing; that they have investors who want to see a return on their projects. I am afraid that many developers share the same mis-understandings as the public - that you can't make money on heritage.

I wanted to show that there is research out there that says both developers and the future re-sellers of heritage properties can make money.

From my perspective, the Gore Park Buildings should be a win-win situation for everyone involved: the developer and his investors, taxpayers, area businesses, and heritage advocates.

A condo development that occupies almost a full city block with lots of access to the street on James and Main should work well for the developer. Using the heritage buildings facing Gore Park would be a great way of re-energizing area and create a wonderful town square that would offer a great attraction to condo owners and visitors.

I can't understand why the developer and his investors are not attracted to this opportunity unless building condos is not the real goal.

The report prepared by Mr. Shipley is an excellent case for evidence supporting Historical designations and their contribution to the value of the property. However, the report does not appear to include Hamilton in the study area. (I don't see it mentioned) and the study is based on residential property values.

The difference is that residential property value tend to be based on the perceived capital appreciation of the asset. Commercial properties are generally constructed with the value of a income stream in mind. I just don't know how applicable this report is when considering adaptive reuse of properties where a commercial endeavour is concerned.

True, Hamilton is not covered by this research. Nevertheless, the point of the research is to draw conclusions that can be applied to all communities.

The 2005 Lazarus paper did look at commercial properties. In particular, Professor Shipley and the other researchers did explore whether there were differences in returns based on the size of the projects (residential or commercial).

Again, while costs may vary (between new and old), developers were able to achieve returns on their investment.