Cranes can be spotted in two locations on the mountain: Concession Street and Upper Gage and Fennel.

Editor's note: this article was actually posted on January 9, 2008.

Three 1950s wings were demolished to make way for a new emergency department, operating rooms, imaging rooms and an intensive care unit. The 400,000 square-foot addition, designed by Zeidler Partners and Hamilton's Garwood-Jones & Hanham Architects and constructed by EllisDon, will be completed in 2012. 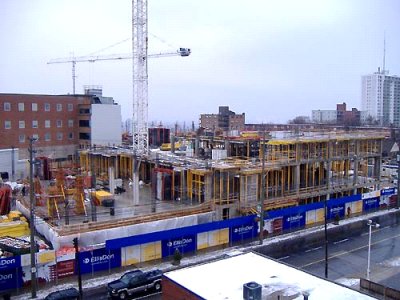 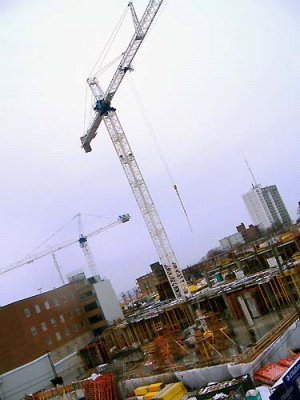 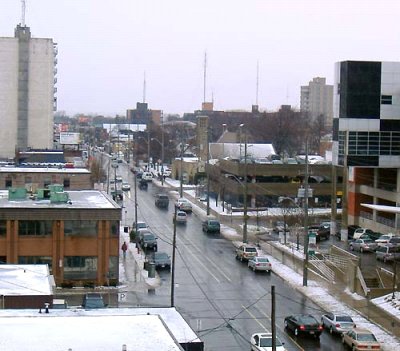 Hamilton Mountain's tallest building, the El Mirador, on the corner of Upper Gage and Fennell recently had the north-facing balconies enclosed to create more indoor space. The 21-floor residential building now has a more modern-looking appearance. 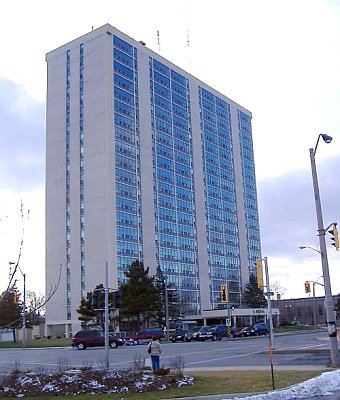 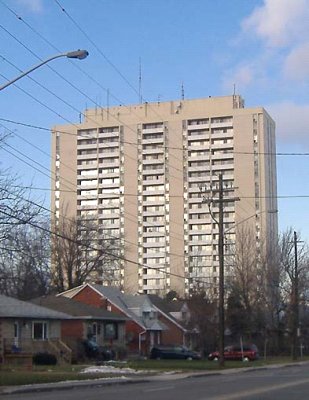 My big question with the Henderson rebuild is what things will look like from "down below."
The only renderings that I've seen suggest the street-scape from Concession but not the view that that tens of thousands of us lower City residents will see every day when we look to the horizon.
Any idea what we can expect?
I hope it's better than the new Centre Maul view.

What will lower city residents see? Probably nothing at all, considering the design will only be about 3-4 stories tall at best. Hamilton General seems to have the better looking construction projects right now. Even still, this one isn't too bad.

actually, considering the location of this building right on the brow it is very visible from downtown. In the Cannon/King/Sherman area it is extremely visible. It looks to be about 2.5 stories high at this point in construction based on my glance at it today while driving along Sherman Ave. The views should be quite dramatic from this building once it's done.