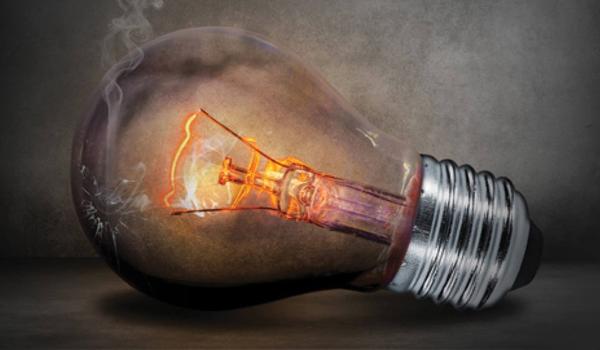 Actor Bill Cho, wearing black clothing, directly addresses the audience at the top of the play, "Bad Ideas" and sets up the production's central conceit. That the play, which is presented by local theatre company Notapom, is in fact an anthology of nine short plays, each with its own chapter and subtitle.

This gives the play the exact same distinct vibe of television programs like, "The Twilight Zone" or the more recent "Black Mirror". Clearly, we are on a journey into the unexpected, where anything that we can imagine is possible. In this case, the stories we see presented all spring from the fertile imagination of playwright Dylan Duarte.

The first story is a western that changes many of the iconic elements of the genre into a feminist parable. The production recycles the same four actors, three men and a woman, through all of the stories present. In this first Western, the cast are required to wear many hats - mostly black ones, as villains and outlaws are at the centre of the tale. This is indicated by the impressive amount of profanity, delivered with skill and style.

Another story, "Icons," features a meeting between tech entrepreneurs Steve Jobs and Bill Gates, who argue about whose ideas will control the technology of the computer age. "Head" shows an undercover cop in the middle of a bank heist with a Mexican standoff that ends unexpectedly, while "Your Morning News at Night", riffs on the tropes of local TV news, with monologues delivered straight into the camera while a harassed, on-air host attempts to give stories context.

Still another tale takes us to Roman centurions guarding the tomb of Jesus Christ on the day of the resurrection.

The ensemble of Maddie Krusto, Mykola Paskaruk, Bil Cho and Kyle Billie play an impressive number of characters in this production, which veers back and forth from comedic sketches into short dramas with a powerful punch. The motif of messiahs and leaders - who gets to lead whom? - is explored in a few of the tales.

The final story was a powerful narrative about a conflicted yet dutiful son dealing with an elderly father who is in decline with dementia, but I am not sure of its placement as the final story in the sequence. I felt that it left the play ending on a more serious and somber note. Perhaps, one of the shorter and more upbeat stories might have been a better one to end on?

Still, this is an impressively well produced play, given the usual restrictions of doing a show in the Fringe. Dylan Duarte has seized the opportunity the Fringe offers to create a play that is original, funny, and provokes thought. Long live original plays in the Hamilton Fringe!