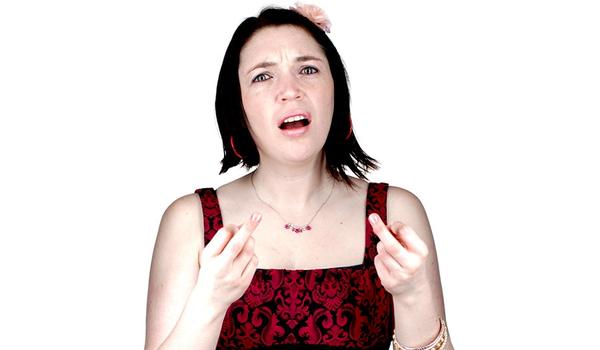 Grace Smith is a very engaging performer, and I'm not just saying that because she spends the first part of this show obsessing about getting a date with mediocre Brian (I use a different spelling).

Smith starts the show with two flip charts, and goes through them so her high-school self can figure out how to get a boyfriend...so she doesn't have to spend the rest of her life alone. Interspersed with this advices are some very funny stories. I now know what it means to "cyber" whiles chatting with someone online. (Don't look this up at work.)

The story of a high-school girl was not something that I thought I would have easily connected with, but most of us can still remember high school, and uncovering one's own identity and sexuality was a large and awkward part of that experience. Smith captures that feeling in a very compassionate and funny way. Additionally, she just seemed to be always on.

This may be lighter fare, but Smith makes some keen observations. Kat Letwin's, direction not doubt, help Smith communicate her messages, jokes and story to the audience in a well measured and appealing way.

Definitely, anyone in high school should see this play, but it also has a much broader appeal.