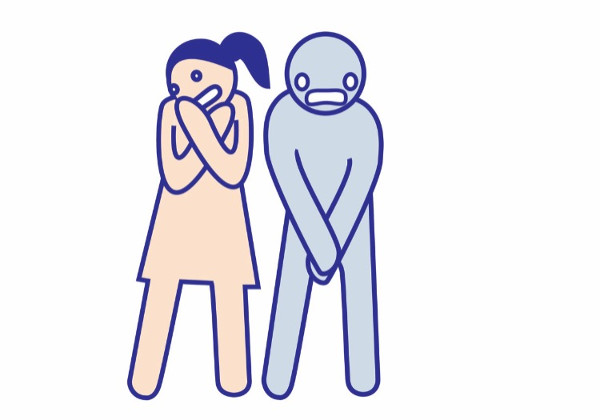 An awkward moment is like a stain on a carpet: everyone notices it, but nobody knows how to get rid of it, so they all just continue and try to pretend they aren't aware of it. In the eyes of Tor, Lisa and Andrew, the three storytellers in Awkward Stories for Adults, the concept of awkwardness is a lot more like a bird.

Their efforts to introduce themselves through song are initially awkward in themselves, but it quickly becomes clear that this is a deliberate attempt on their part. The music itself is actually quite good, and anything that "goes wrong" does so at exactly the right time

The show cycles between Andrew, Lisa and Tor, all of whom have stories to share about awkward past experiences. These feature topics such as clowns, dating, parties, sibling rivalry, high school dances and back problems. Each storyteller has their own distinct style: Andrew is earnest and amicable, Lisa is witty and playful, and Tor is hilariously dramatic.

Although these stories inevitably contain awkward situations, the way in which they are told is not awkward at all. Each storyteller demonstrates a wealth of skill and experience, making them incredibly fun to watch, even in spite of - or perhaps because of - the awkward stories they share.

The only complaint I have about this show is not in the content of its performance, but in the description given by the Fringe. As you may have noticed from the information above my review, Andrew's name is nowhere to be found, even though he is featured prominently in the show.

I cannot say for sure who is responsible for this miscommunication, but it is safe to say that it does not diminish the quality of the performance itself. In fact, the reason it bothered me in the first place is that his performance was brilliantly hilarious. I would still recommend Awkward Stories for Adults; don't miss it, because if you do, you'll probably feel pretty awkward.

Thanks so much for the wonderful review Arthur. Andrew wasn't in the publicity materials because he was added 3 weeks before the show when Tor and I decided that we needed a 3rd awkward person. I know, it's a bit odd, but all of the publicity had gone to print! We are so glad to have him with us!