Ensemble theatre seems to be en vogue these days in drama schools and among their students and recent grads. The premise of ensemble theatre is that the actors collectively create a show based on a collaborative process. This process spells the end of the authorial hand of the playwright, and in theory gets away from the tyranny of authorship.

The story is simple enough. Two brothers, who have moved out of town to find their fortunes, return to turn an abandoned train station into a hotel. Then there's pushback from the local residents, or really one local resident, who is a little obsessed with model trains and the old train station.

Each of the actors seemed to fully commit to their characters, but all the characters seemed a little flat. It was hard to believe, for example, that anyone's only interest was their job as a construction worker.

There was obviously a lot of attention paid to he costumes and the set. However, the set was not always easy to see, and some of the intricacies were lost in the audience.

Up Here is an interesting experiment. 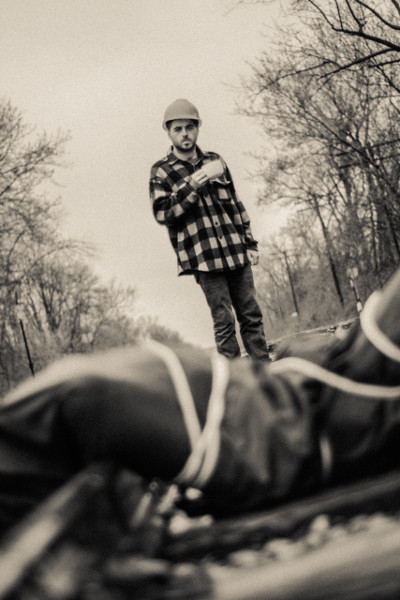