I've been wondering if Misfit made me think more than it was intending. On the surface, it appeared to be a play about Marilyn Monroe trapped in a psych ward and treating the audience as if we were a hallucination, a way for her to continue the lifestyle she had before she was committed.

We live in the age of the diagnosis, a time in which our problems are routinely solved by someone in a white coat saying "Take this pill." So naturally, setting a play during a time in which problems were solved by isolation in psych wards is interesting. The age of "hysteria and lunatics."

Nowadays, the isolation is caused by medication and social anxiety, a theme that I found to permeate through all three plays that I saw at B Contemporary Gallery.

Interestingly enough, the play didn't portray Marilyn Monroe the way I was expecting. I assumed the play would treat her as a tragic figure who was merely misunderstood. But instead it chose to portray her as vain and egotistic. It made me wonder if she was a product of the Hollywood machine, or instead someone who would be attracted to that in the first place.

I'm gonna state right here that I enjoyed the play and would wholly recommend it. It's short but takes advantage of its time limit. In other words, it doesn't overstay its welcome.

However, I do have a nitpick. While the play was good, the venue did not have the best acoustics for singing. There was a slight echo, which overlapped with the vocals and caused everything to sound a bit muddled.

Luckily, there wasn't a lot of singing and the play was mainly focused on the monologue. But if you need to kill 20 minutes and find yourself on James Street, then go see Misfit! 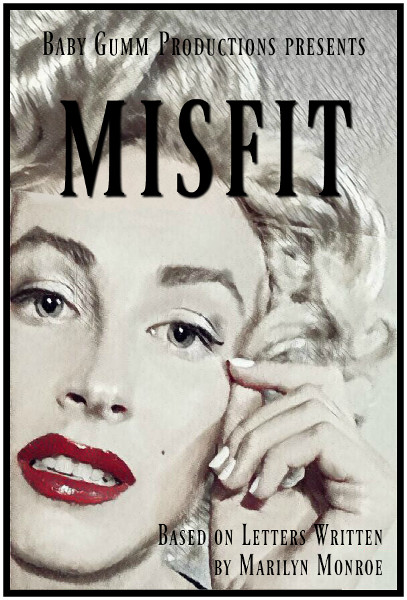