Fringe 2015 Review: The Greening of Life 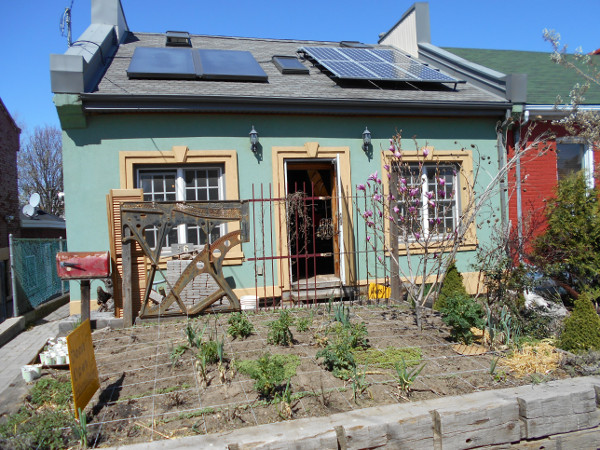 "Peter was a wonderful gentleman," begins The Greening of Life, a play co-written, co-starring, and co-directed by the Green Party's Peter Ormond. But the Peter standing on stage overlooking his own funeral isn't the Peter Ormond we in Hamilton know. This Peter is a billionaire gold tycoon with a private jet and a gold-plated toilet. This Peter had little time to care about the issues, like climate change, that most of us think of when the name Peter Ormond comes up in conversation.

"Can such a man be redeemed?" asks a mysterious bearded and robed man who is neither God nor the Devil (played by co-director and co-writer Michael Nabert). Fictional Peter isn't a bad man. In fact, he's a lot like many of us. He meant to make changes that would benefit the environment. He even went vegetarian once. He donated money to hospitals and universities.

"You were told your whole life money was success," says the bearded stranger. The Greening of Life aims to prove that money isn't what makes a person wealthy.

At times, The Greening of Life felt less like a Fringe Festival play and more like a university classroom, as Nabert's character filled the room with statistics about climate change and carbon footprints. It's preachy and didactic, but ultimately, the play carries a positive message.

"I was one of billions of people," says Peter, dismissing his role as someone who profited from climate change, but as the bearded stranger tells him, "You have more control over your destiny than you think." Greening aims to tell the audience that we can all make a difference in the world before it's too late.

This isn't Ormond's first Fringe Festival play, and while it isn't perfect, it is an example of his willingness to adopt new and interesting mediums to share his platform. Ultimately, it's a play about choices that we can all benefit from seeing.