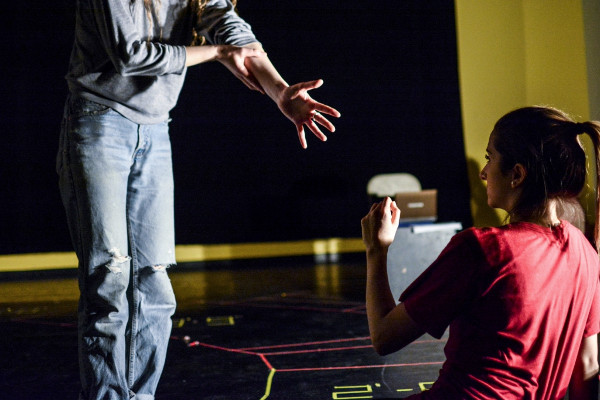 The listed description of The 10/10/10 Project is quite honest - "an interdisciplinary conversation combining 30 pieces through 3 different mediums". However as a patron, it was hard to pin down which conversation was occurring for each scene.

The choreography was surprisingly advanced and well synchronized. This is no easy task for unpaid theatre, however Bismuth Theatre was able to easily blend non-dancers from trained ones in a fluid performance.

Composition pieces were well suited to the emotion of the scene and each performer was high-energy and believable. Kudos to the stand out male monologue detailing "frenemies" meeting at a party which added some much-needed lightness to the latter half of the show.

The experimental piece showcased a Gen-Z mindset. The dialogue told through text and the disconnection of some scenes almost seemed like separate audition pieces trying to fit into one. However, the written description of scenes was much appreciated and served as a pseudo Coles-notes for irregular theatre-goers.

If you're searching for an A-to-Z story on stage, this isn't the show for you. But if you enjoy enthusiastic performances of avant-garde productions, then catch the last few performances of "The 10/10/10 Project".

Brydie Huffman is former stage performer who now spends her time fondling artifacts in museums for a living.