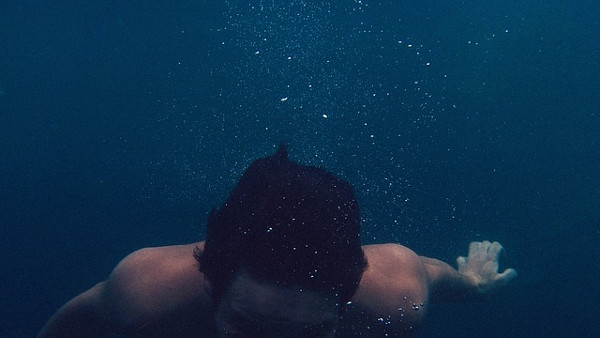 When I saw the preview for Drinking, Fighting and Fishing on Wednesday, I was intrigued. A story about how a man's partially disabled brother was great at picking up girls? I figured there must have been more to it than that - and sure enough, there was.

Drinking, Fighting and Fishing actually tells the story of three brothers: Andy, Simon and Johnny. Andy is the narrator, played by Julian Nicholson. Everything is told in the past tense, and is framed in the context of Andy telling his own story - presumably to the audience themselves, as Nicholson occasionally interacts with them directly.

The show is excellent the entire thirty-five minutes. Nicholson speaks like a natural storyteller, and blends his storytelling with acting to deliver a very convincing and effective performance. To an audience member who doesn't know Nicholson and hasn't read the description, it could easily appear as though the story is completely true.

As far as mood and tone go, the experience feels incredibly human and realistic, even if you know it's not Nicholson's own story. It often feels as though you're a friend - or group of friends - and Andy is reminiscing in private with you.

In the relatively short time that Nicholson spends on stage, he tells a fascinating and compelling story without having to rush anything. Given that he's able to accomplish that, I see no reason not to watch this show.