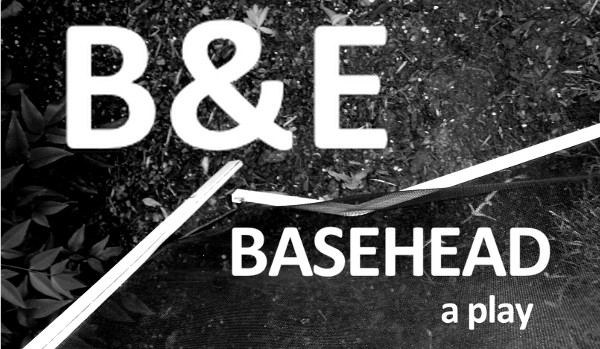 B & E Basehead is a compact, straightforward drama performed by a great pair of actors who move the story along with energy even when the script falters.

The premise of the show is one that could easily be mishandled: someone breaks into a house and is discovered, and it soon becomes clear that the two characters have a shared history.

This is a storytelling cliché, but a forgiveable one; Isaac (Sefton Jackson) and Talia (Alexis Hancey) are compelling, believable characters, and the unfolding sequence of events is satisfying.

Playwright/producer Breen Godfrey makes several choices that stall the action somewhat. Each actor ends up offstage for a bit too long, sometimes at the same time, leaving the stage empty. After the initial confrontation, the tension between the two characters is too easily dissipated. Perhaps in a smaller and more intimate performance space than the Citadel Theatre, these choices might not be as much of a problem.

The challenge of naturalistic drama is that the world of the play has to feel logical and real, or the believability of an entire piece can be destroyed. So it's a testament to Jackson and Hancey as actors that, despite some flaws in the script and staging, B & E Basehead holds together.

Jackson and Hancey both find the few welcome moments of humour, keeping the show firmly out of melodrama territory, and Hancey especially does good physical work that communicates volumes about her character's state of mind.

B & E Basehead is a good production resting on the foundation of a good script. Godfrey and director Brian Robertson have assembled a solid creative team, and should be encouraged to continue to develop the show past this, its premiere.