Fringe 2015 Review: A Magic Show with a Brief Musical Interlude 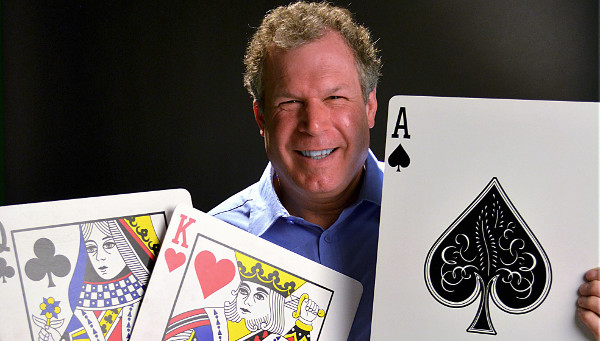 The first significant magic show I ever attended as a young child with my dad was Doug Henning in Winnipeg at the Concert Hall when I was seven or eight. I've been fascinated ever since.

As a singer-songwriter, I even hired a magician to join me as part of a concert in Toronto at the Mod Club. So when I saw that there was a magic show at Hamilton Theatre Inc., I brought my eight-year-old son Erik to carry on this sacred family tradition.

Erik writes: "I thought it was very well done, and I'm pretty sure the other audience members did too as he made it so you were in the magic show. He added a lot of comedy and left the crowd laughing. Very impressive use of lemons, plastic eggs, and rubber chickens. He added a brief musical interlude which was kind of obvious but very amusing."

Marty Papernick (who bears more than a passing resemblance to Will Ferrell, according to Erik) had a dream to become a magician and takes everyone on his magic carpet ride into wonderland.

He hooked us from the start, regaling us with stories that led us one way and another as he seemed to be teaching us how to perform the illusions we were witnessing (in very obvious ways!) that turned out to not be anything like we thought.

At one point, he was holding an egg that looked like a trick egg in which scarves are inserted and then even after showing us all how it worked, it turned out to be a real egg!

The trick with magic is that everyone is constantly trying to figure out how it's done, and just when you think you have it (and three hecklers have pointed out what's "really going on"), you are completely amazed and totally, breathlessly wrong.

At a certain point, my son jumped on stage and was taught some very significant lessons about life and was trying like mad to one-up Marty. Good luck! Marty is not just a trained professional but an absolute magician who shares not just dreams and deep thoughts but a real sense of wonder. When you wish upon a star, your dreams come true!

Recommended for anyone that knows of Houdini or who wonders which came first: the plastic trick egg or... the rubber chicken.

Written with an assist from eight-year-old Erik Hawthorne