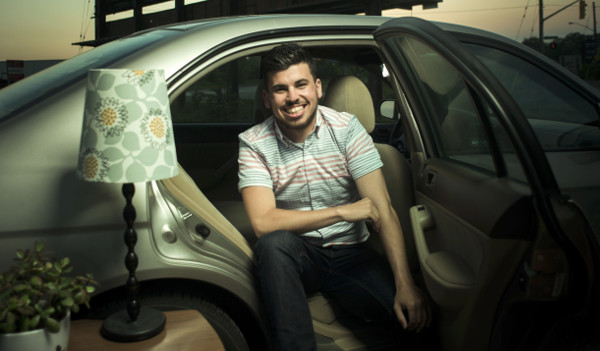 When Zak McDonald opens his one-man show, The Happiest Story I Know, he is on stage with only microphone, a broken bicycle and $30 in his pocket. Early on, he makes it clear that everyone in the room is much richer than him. However, as his story progresses, it becomes apparent that this simply isn't true, and Zak is the richest of all.

The Happiest Story I Know is not a typical Fringe show, nor is it a typical one-person show. But Zak McDonald also never claims to be an actor. Instead, the local budding stand-up comedian offers up an hour of long-form comedy, where stories are told and jokes are made reminiscent of comedy greats Al Madrigal or T.J. Miller.

Standing with a microphone in hand and dressed in all black, Zak even resembles a comedian one may see at a club. The only thing missing at Mills Hardware was the brick wall directly behind him.

In most cities, $10 to see a really great comedy show is a steal of a deal. And fortunately, through the generosity of the Fringe lottery, Zak McDonald has several shows left of The Happiest Story I Know where he will repeat his stand-up for that $10 price.

If you are a comedy lover, go and see it - it's not a traditional Fringe show, but it's a full-hour of great standup.