Fringe 2015 Review: A Tension to Detail 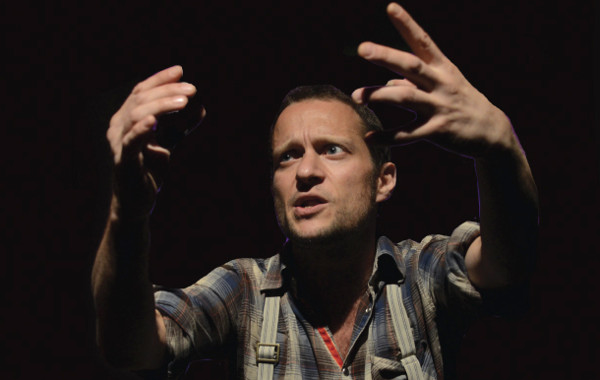 At the beginning of his performance, Harris warns the crowd that his play is filled with mature content, but also immature content. He's right on both counts.

In 60 minutes, Harris - a self-professed "divorced middle-aged man with no social skills" - shares stories from his own life through self-deprecating humour and excited energy. Performing barefoot, Harris employs no props except for a bottle of beer.

A Tension to Details begins with Harris's difficult birth in 1970s South Africa and ends with Harris's life today as a transplant from the UK living in Canada. The stories in between are candid to the point of making the audience squeamish at least once or twice.

Through his sharp sense of humour and captivating storytelling skills, Harris has a knack for making ordinary experiences incredibly entertaining. Each story he tells, whether it's about first love, lust, or any of the other topics tackled, is easy to relate to.

Chances are that I wasn't the only audience member recounting my own similar stories in my head while Harris entertained us with his.

Sharing his insight into the craft of storytelling, Harris tells the audience that in order to arrive at the play's "classic hero narrative," he needed to leave out 90 per cent of the facts. "We look for meaning in everything in life," he says near the end of the play.

A Tension to Detail successfully tells us that there is meaning, and even sweetness, in the most painful (or painfully awkward) moments in life.