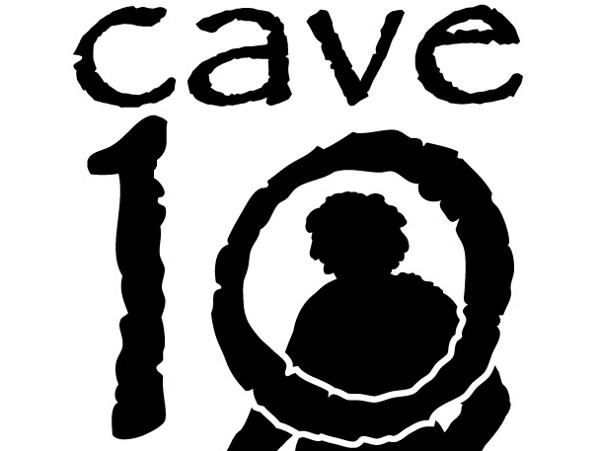 On-stage, a scatter of prehistoric rocks greets the audience. Enter the hero, Grog, knife in hand chasing his dinner. No, oh dear, Grog's uncooperative dinner seems to be chasing him. Wait, though. All is well. Grog speaks. But alas, he speaks in broken English. Could these croaking sounds be prehistoric English? No, no, it's a just the result of a small prehistoric annoyance. Grog has gravel stuck in his throat. No problem. He coughs up the gravel. He speaks again. Thank God. Grog's English is normal.

It's Hamilton, 10,000 BC. We're plunged into an era (not unlike in present-day Hamilton) when it's every caveman - sorry, I meant every caveperson - for himself. "All I want is the simple things, and not to get eaten," says Grog, and he enumerates every possible way of meeting a horrible demise.

Yet our lamenting hero is a visionary. He is inspired by thoughts of his legendary brother Chuck, inventor of the wheel, soon to invent fire. Yes. Grog is a dreamer too.

Grog's Chuck is the proverbial MacGuffin, the device that drives the plot, Chuck, the "man at the top of the food chain," Chuck, "the reason that the dinosaurs are dead."

So when "the gods" speak to Grog, Grog listens. The gods (impersonated by the conniving Pak and Zeel, self-proclaimed, self-adoring, card-carrying members of the Asholz tribe) exploit his naïveté and goad him into a quest for a sacred object: a "double-double." Their motivation? Simply this: they want to "ruin Grog's life" and take over his cave, Cave 10.

On Grog's quixotic mission we meet Tatas, a lovable prehistoric prostitute. We encounter cute singing dinosaurs, smilodons and horned gophers, The Traveller, and the visionary Crone, a character that steals the show with some outstanding lines and fine acting by Sara Laux.

Does Grog ever complete his quest? What prehistoric horrors does he need to overcome? Does he consummate his relationship with Tatas? Does he unmask the Asholz villains? For answers to these and many more questions, both prehistoric and modern, go see the show. You'll be in for good entertainment, well-timed comedy, great singing, and sidesplitting lines, solidly delivered by a fine cast.

But for me, this musical's standouts are the compositions and lyrics by Francesca Brugnano (also playwright and director). Some of her pieces are hauntingly reminiscent of Leonard Cohen.

So see this show ASAP. Better still, see it twice while you can.

A fun show with wit and catchy tunes! I really enjoyed Cave 10 on opening night and am going again this week! You should come too. =)

Thank you for coming to our show! I'm thrilled you enjoyed it, and this wonderful review means a lot to me and my cavepeople as we seek to advance this exciting piece. Happy Fringing!