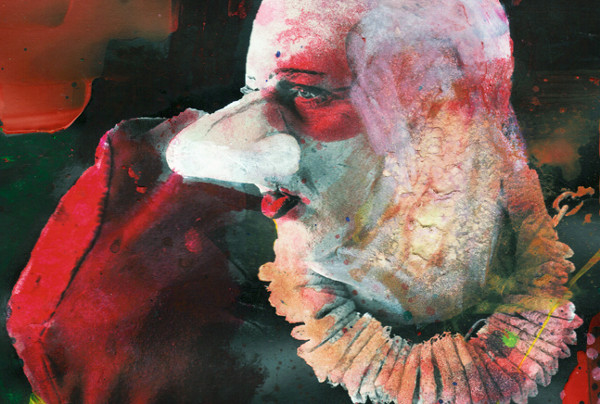 In comedy and in drama, one always has to expect the unexpected - Andre Tuells's performance of Guruguru is no exception. However, when performing as the eponymous character, Tuells takes bizarre and absurd humour to a whole new level.

The play does not have a particularly complex plot: Guruguru is a tall, pale-faced, hunchbacked creature that's described as having a "bulbous presence". He proclaims himself to be an expert of everything, and primarily concerns himself with the pursuit of happiness - in both the figurative and the literal sense. Guruguru has a simple, childlike and generally optimistic demeanour, which Tuells conveys enthusiastically in his performance.

Throughout the 60-minute performance, Guruguru goes through a variety of different experiences, from shopping at Ikea to meditating in Africa. His attempts to find happiness explore every possible angle in familiar human experience; philosophy, science and religion are all confronted.

The scenes are individually very clever, and in theory they make for a profound, thought-provoking experience. In practice, the heavy reliance on disarmingly strange humour and lack of a more coherent plot make the scenes feel random and disconnected at times.

That's not to say that Guruguru doesn't have a message to send. The main theme of seeking happiness is adhered to very consistently, and the individual ideas are funny and clever. The costume work is also well done; the only real problem was the very understandable fading of makeup over time. Overall, it feels like hard work was definitely put into this show.

Unfortunately, the performance suffers from potential issues with audience interaction. While the play's synopsis does promise to "kick your ass out of ordinary mundanity", the extent to which this occurs and the manner in which it does is unexpected. Every member of the audience is subject to this over the course of the play, and the subsequent atmosphere is uncomfortable and awkward for most.

Overall, Guruguru is a well put-together play, and its ideas are very interesting and entertaining. If the audience interaction and the flow of the play were improved upon, there would be little to talk about in the way of problems. Even as it is, if you can handle the former issue, or don't mind it in the first place, then this show is probably worth seeing.