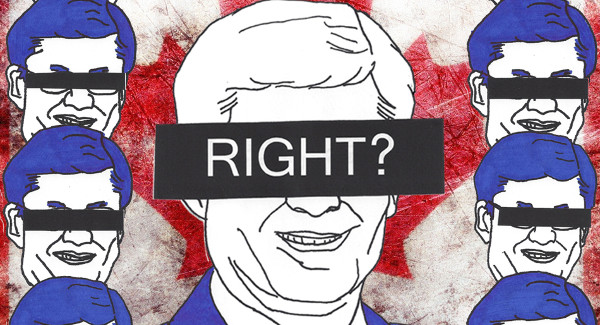 Finding Mr. Right is a timely political drama that packs humour, satire, and a high-stake moral conflict into a compact fifty minute runtime. Though the show has plenty of insight for those in the political know, it's also a satisfying clash of two strong-willed, fully realized characters.

The success of the script on both these levels is what makes Finding Mr. Right a great piece of theatre that will interest a diverse audience.

Actor/playwright Stephen Near and his foil Lauren Repei exchange cutting, rapid-fire dialogue with ease, their distinct voices a testament to Near's skill as a playwright. Repei took a while to fully warm up to her character's obscenity-laced rants, but came into her own as the show progressed.

Both actors had an unfortunate tendency to drop their volume at the end of lines, but this is a minor problem that increased comfort in the venue will allow them to correct.

The slow reveal of each character's background and complex motivation was acted with nuance and confidence, and Near and Repei's give-and-take dynamic felt genuine and compelling.

The production design is sleek and effective. Small details like the perfect Conservative blue of the lights and the expertly chosen pre-show music add to the polish of the show, and the minimalistic set and costumes direct the focus to the actors and the story.

Though the pace of the final ten minutes or so of the play could be tightened up, Finding Mr. Right hooks its audience from the first moment to the last, and it will only gain momentum as the week goes on.

Whether you have been following the Senate Scandal since it broke, or you don't know your right-wing from your left-wing, Finding Mr. Right will pull you in and make you think. Same Boat Theatre has crafted a satisfying and important show that will resonate far beyond this Fringe Festival.