Fringe 2015 Review: Much Ado About Nothing 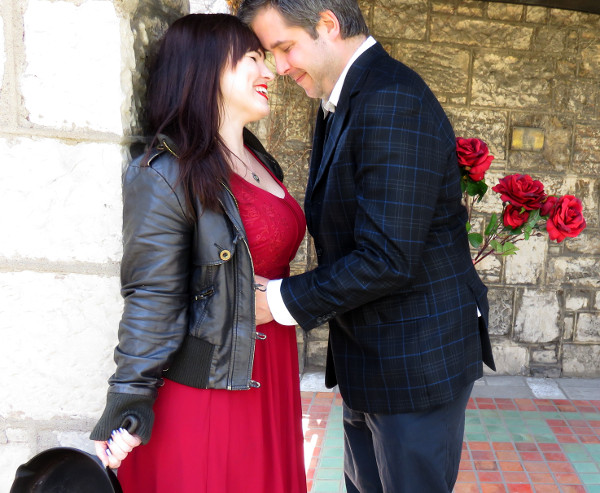 It seemed incongruous seeing the work of Shakespeare, the world's most famous, enduring, and popular playwright, at The Fringe. However, the cast and crew putting on Much Ado About Nothing have pulled it off in Shakespearean style.

Much Ado was written around 1600. At the time, "nothing" and "noting," which meant gossip, sounded the same. Straight from the title, the stage is set for a cheeky comedy, which explores everlasting and universal themes like love, honour, and deception; we all wear masks.

The script is longer than time allows at The Fringe, and Ryan Sero, one of the performers, said cutting the Bard was excruciating because "Every line is beautiful."

The play runs 80 minutes and goes 80 miles an hour from start to finish. The seven-person cast are all very talented.

Talent without hard work and good guidance, however, rarely amounts to much. Learning one's lines, then putting them together effectively with six others, doesn't happen easily. It was obvious the cast worked hard and were in fine hands (director Cadence Allen) because the result was special.

In a small (approximately 15 X 15) space and few props, the actors came flying in and out wearing hilarious costumes as a variety of characters, to spot-on musical accompaniment. Their timing was great: rapid fire lines executed without gaps or mishaps. At times, I got lost in the language, but even if they had done the entire play in Romanian, it would have been funny.

Shakespeare wrote, "Be not afraid of greatness..." and the fearless, unbridled physical comedy from all the performers was, indeed, great. LOL, as Shakespeare would never have said.

Looking around, it was obvious the audience loved it, too; there were smiles and laughter all around. The cast and crew are all Hamiltonians and it's easy to see why there's a burgeoning arts scene in this town.

Thanks for the generous review! I'm glad you had a good time.