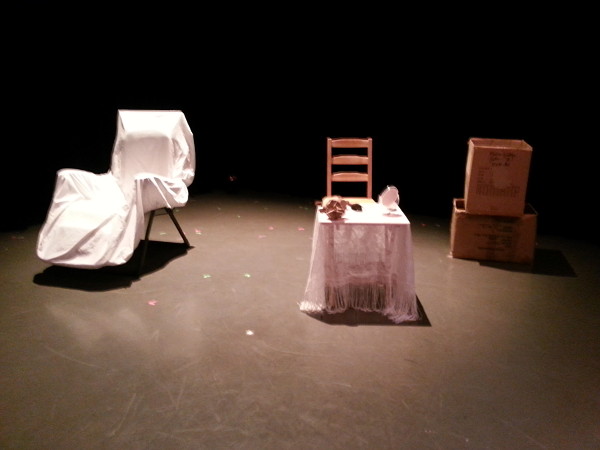 Camilla MacIntosh (Heather Baer) is nearing the end of an eventful and tragedy-filled life.

Haunted by the husband she lost decades ago, Camilla realizes she must have one last conversation with Henry (Dan Sanderson), the troubled, complicated man who changed the entire trajectory of her life when they met in a military hospice in Dresden during the Second World War.

Weighed down by the secrets she has had to keep, alienated from her own daughter, stripped of the promise of happiness and peace, Camilla finally finds the courage to unload her long burden on Henry's ghost.

Baer carries the show through a long monologue, interspersed with flash-backs to her memories of times spent with her husband.

Their story is shocking and sorrowful, and Baer's brave, emotionally naked performance commands a reverent silence from the audience.

Sanderson wears the weight of his own tragedy with heavy sincerity: a good man broken by terrible events, struggling to do justice to the woman who loves and cares for him.

Don't be surprised by a few tears, especially through the harrowing climax.