The 2014 Hamilton Fringe Festival kicked off this past Wednesday with a two-and-a-half-hour show at the Citadel Theatre. This is the eleventh annual Hamilton Fringe festival but the first time for a kick-off performance.

Hosted by Shelley Marshall, the brash, quick-witted performance artist who recently wrote and presented Hold Mommy's Cigarette, the evening was a lively, fast-paced sampling of what lies in store between now and July 27. 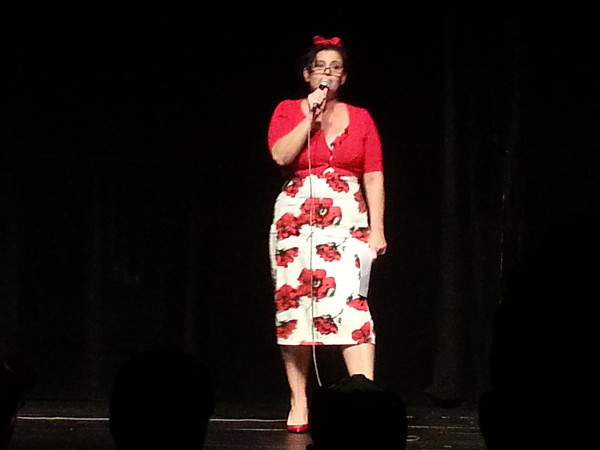 The show featured a selection of Fringe players performing two-minute teasers for their shows. Some of the performers presented short snippets while others took the time to explain why the audience should come and see their production. 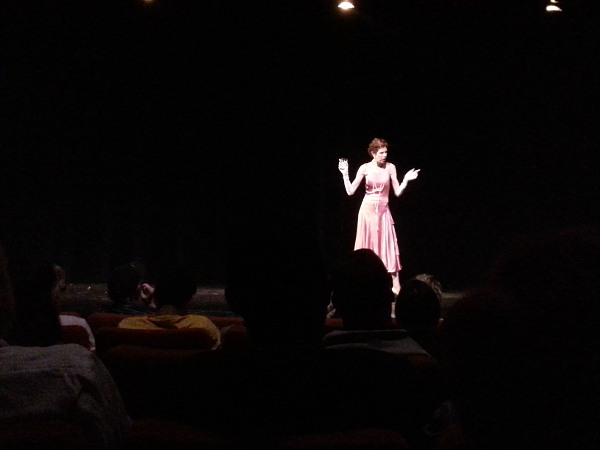 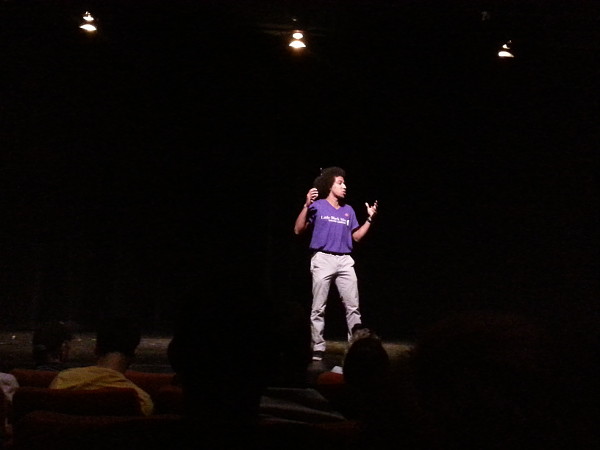 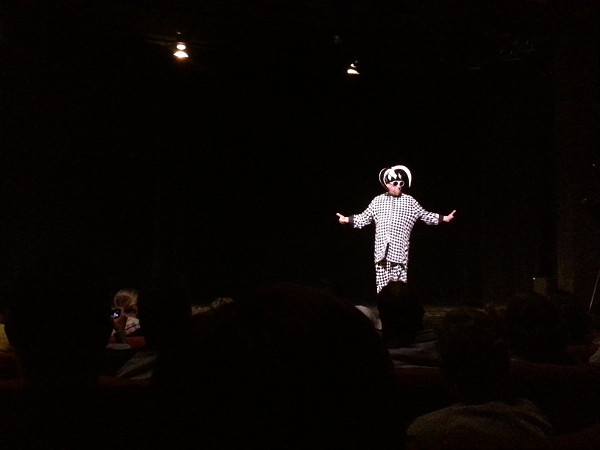 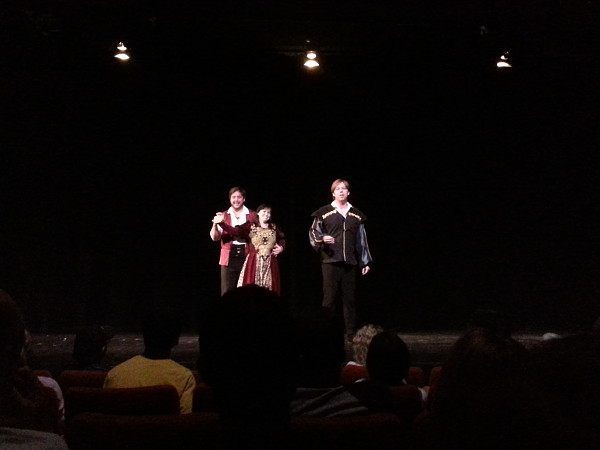 Romeo and Juliet: An Escapist Comedy

The evening also featured performances of scenes from Shakespeare plays by local candidates for the upcoming municipal election.

As an added twist, the role each candidate played was determined by how much money they were able to raise toward the Fringe community outreach programs - Family Fringe, Youth Access pass and Fringe Backstage Pass - to support making the arts more accessible to children and youths.

Ward 1 candidate Aidan Johnson raised $550 and took to the stage with feeling and good grace: 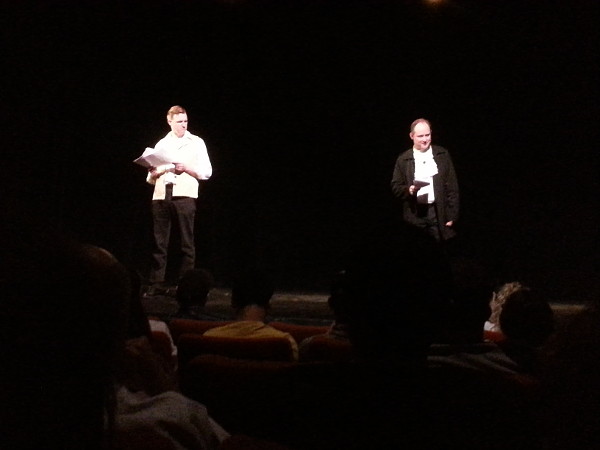 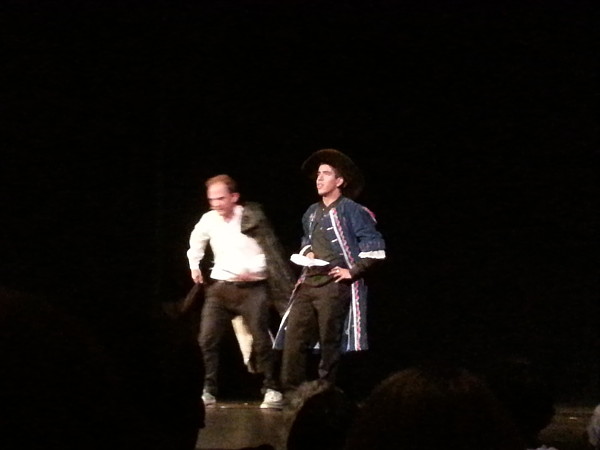 Mayoral candidate Michael Baldasaro raised $330 and hammed it up with bright yellow stockings and his trademark full beard: 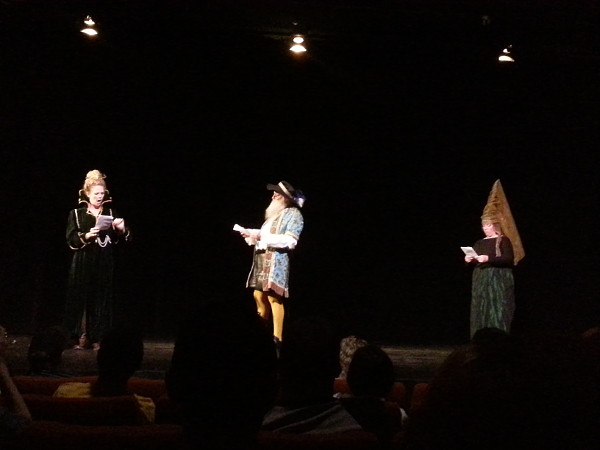 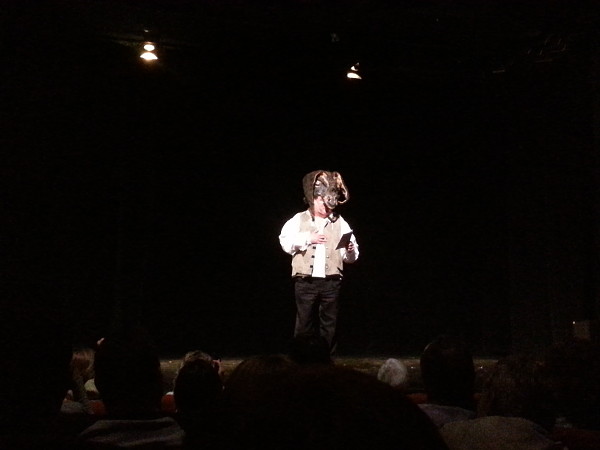 Ward 1 candidate Sandy Shaw raised $550 and graced the stage with poise and bearing: 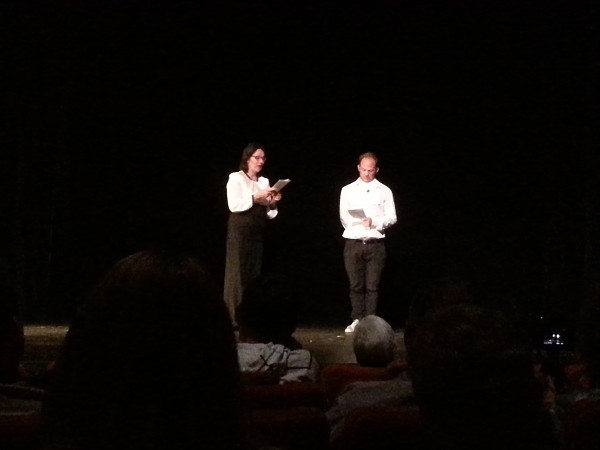 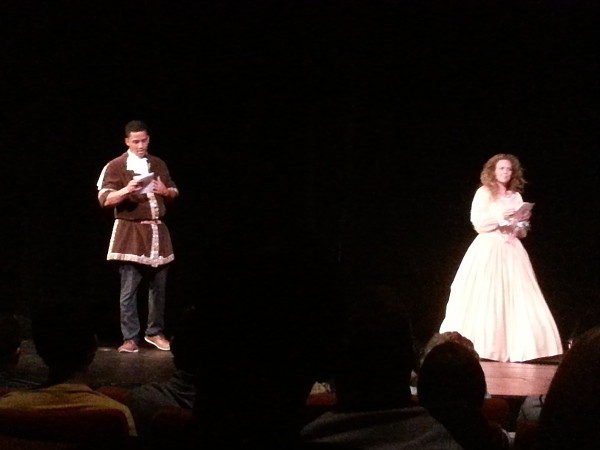 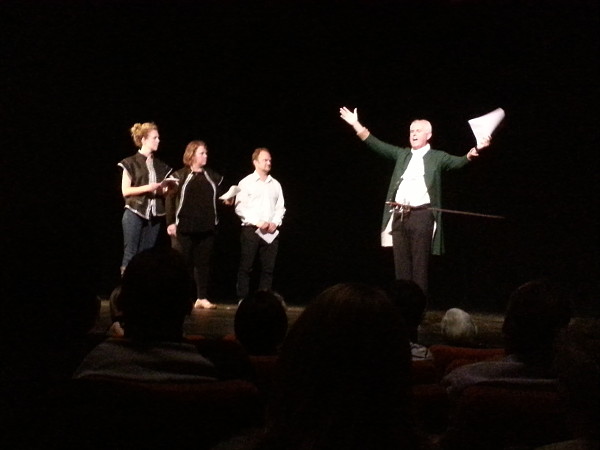 Kudos to all the candidates for raising money and performing their roles with charm and good humour.

Thanks so much for all the great photos! So excited to keep Fringing with "Bootlegger's Wife"! Cheers!