Enbridge is reversing a 37 year old pipeline that runs across the Province of Ontario and further on to Montreal. The plan is to pump diluted bitumen, or "dilbit", from Sarnia to the East Coast markets. 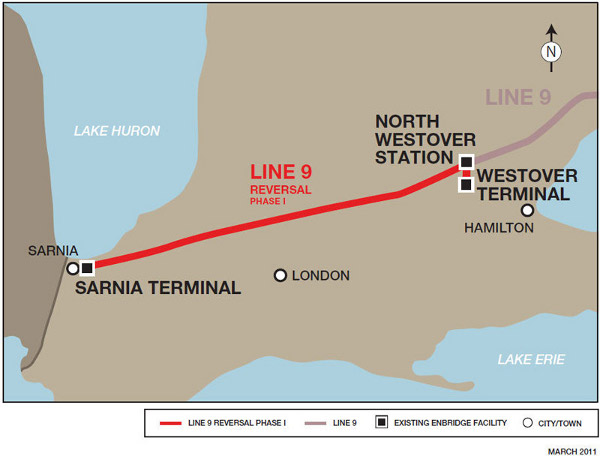 Hamilton City Hall allowed citizens to comment on Enbridge's plans to pump dilbit through an old pipeline. Enbridge was invited three times to make a presentation, and failed to show. So Hamilton allowed the 10 delegates to make their presentations anyway.

Since the city council broadcast camera does not show the delegates nor their presentations, I tried to make sure their concerns were recorded and broadcasted.

Enbridge was invited three times to make a presentation, and failed to show.

Well, it's a good thing they're taking our concerns seriously.

Enbridge was scheduled to present in September, at their request (I believe). Then they asked to reschedule. Then they rescheduled again. Then they cancelled outright.

Next City Council Commentary on Line 9 is Wednesday November 21st.