A little while ago, the Spec published a nice feature about the history of James Street. In it, they told readers they'd be linking to the various historical items on their website using images that they called "Scan Life barcodes". Images which looked like this: These codes have nothing to do with the company Scan Life, other than the fact that Scan Life makes software you can use on mobile phones to read the codes. These are actually QR codes, a type of two-dimensional code that can contain much more information than a standard barcode.

Edit: Actually, I've been informed that the specific codes used in the James Street project are EZ codes, which are in fact proprietary to Scan Life. I regret the error.

Larry Di Ianni got some free press during his mayoral campaign from The Spec for putting these on his election signs. His campaign claimed he was the first to do so in Hamilton, which is probably true. I had to laugh when I read the story about it, because these codes are so easy to create that it's hardly a technical revolution to slap one on a sign.

Anyway, the codes look pretty cool, but that's not why I'm writing about them. Now that they've gone mainstream, I think it'd be fun to start using them in interesting ways. For example, you could write an alternate history - a people's history? a fictional history? - of James Street landmarks and put posters up for passersby, who could potentially be quite surprised by what they'd find when they scanned the QR codes.

Have fun with them. 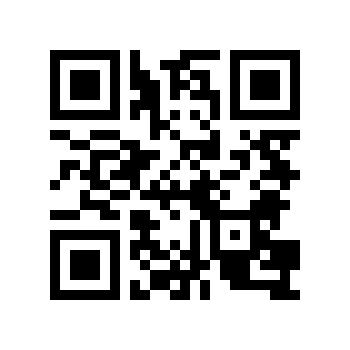 A link to my latest side project.

This blog entry was updated November 11, 2010, to correct the portion about Scan Life barcodes.

Very cool Adrian. I am unsure what you are supposed to do with those codes? What do you scan them with? Do I scan it with my BB and it automatically takes me to the site encrypted into that barcode?

Good question Lawrence, and I probably should have explained that in the post. You can scan them with anything that can read QR codes; in practice, for the general public this means using a mobile phone that has QR reader software installed and also has a camera. The company I linked to, Scan Life, provides software for phones that does this. If you have an iPhone or an Android phone, access the app store of your preference and search for "QR code" and you're sure to find many offerings. I'm not sure how apps work with Blackberries, but this link explains which software you can get.

What the phone does when you scan the code depends on what the code says. If the code is for a hyperlink, you'll be brought to the page it links to, but you can also encode contact information, email addresses, or just plain text.

As the person who brought EZ codes into The Spectator's James Project, I'm disappointed by the dismissive tone of your article.

The Spectator used EZ codes which can be described as "Scan Life" codes. We did not use QR codes as your article states.

I choose EZ codes because they are smaller and work better for the constrains of print.

You make a great point about the potential of QR Codes to direct people to URLs. Imagine a BIA using this technology to promote their stores, events, or projects.

I've added a correction to that part of the article. My apologies for getting that wrong.

Re. "dismissive tone", that was not at all my intent.

Incidentally, I thought the article on James St. was excellent.

Even though not a lot of people understand what a QR code (or similar) is, they are definitely cool.

The QR Codes were about the only thing I liked about Di Ianni's campaign. They definitely helped garner more interest in his campaign.

There are a few apps for BlackBerry phones. Turn on the app, center the code and snap the pic and it takes you there.