With the Doors Open season coming to and end, I thought I would review some of the events I attended this year.

Door Open is a free event held in communities across Ontario. In each community, historic buildings and places are open to the public over the course of one weekend a year. Events start in late April and go until late October.

Many buildings, such as Auchmar Estate in Hamilton, are not open to the public during the year; the only time to step into their history is during Doors Open. This year, Auchmar volunteers used the event to begin selling posters to raise money and awareness for the restoration of the publicly-owned building. 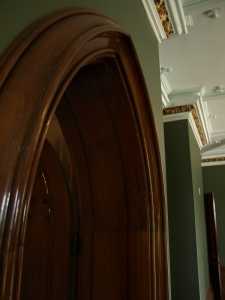 Museums and other buildings that are open during the year often plan special events and activities on the weekend of Doors Open. For instance at the First Post Office in Toronto you can write a letter by candle light using a feather and close it with a wax seal. Pay for shipping and you can have it mailed anywhere in Canada.

It is surprisingly hard to write with a feather, but I still managed to pen a whole letter and mail it home. 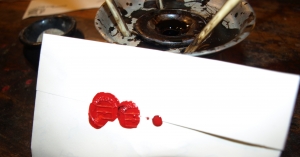 Buildings that are traditionally used for manufacturing, or another industrial processes offer demonstrations of their equipment. This year I visited Coach House Printing (Toronto) where the employees demonstrated the machines the use, some of which are over 100 year old. They were even handing out example of the pictures that result from the intricately carved blocks on the block printer. 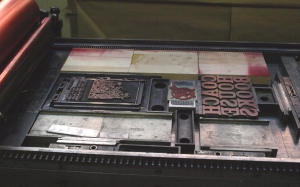 I like the contrast of approaches to showing of the buildings. In some place such as the Flatiron building (Toronto) guides take you through history of the building and point out interesting and important features. In other Places such as Allan Gardens (Toronto) you are allowed to wander on your own and explore. 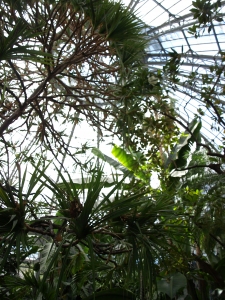 My favourite place to visit this year was the Stinson School in Hamilton. It is school that has been closed and was purchased by Harry Stinson to turn into condos.

The building only has two show condos to visit, and the rest of the school is exactly the way it was left on when it was closed. I will be interested to return to the building when it is finished, or even next year to see the progress. 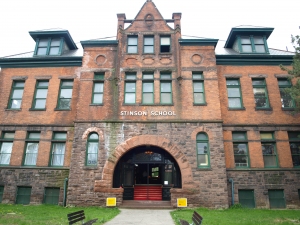 What place was your favourite this year?

This blog entry was first published on Kayla's personal website.

Kayla Jonas is a graduate from the University of Waterloo in Environment and Resource Studies with a joint major in Anthropology. Kayla works as a Heritage Planning Specialist at the Heritage Resources Centre, a research centre that specializes in built, cultural and natural heritage.

Her professional experience has focused on the documentation of historic places including individual sites, heritage conservation districts and cultural heritage landscapes.

Her blog Adventures in Heritage can be found at: www.kaylajonas.wordpress.com.

The Stinson school was a nice place to visit, but I think my favourite this year was the McMaster Nuclear reactor. It was just so cool being inside an actual functioning nuclear reactor.

I believe they will book tours for groups throughout the year (except over holidays and reactor refueling days). So you don't have to wait for the next doors open if you want to see the nuclear reactor.

I missed out on the McMaster Observatory, but I've heard it's pretty good too.

What a great article Kayla! I love Doors Open and have attended many over the years in different areas. Great family fun and you can't beat the price....free! My favourite for Hamilton is the Water Works Museum of Steam and Technology. I still remember the first time I was there. I have no interest in things mechanical, or so I thought.
This site has something for everyone. Wonderful architecture, but the real surprise was the beauty in the machinery. The precision, the craftsmanship...a real jem. I love the contrast of the gray steel and the brass oil cups. Those Victorians really knew what they were doing.

Great article. Coach House is fascinating: They print all the poetry books my wife publishes, so I've been in there a few times. It's a "printed word geek"s paradise! Thanks for the info about the post office. Will have to check it out next year.

Great Article Kayla! Glad to hear there are a lot of cool things going on in the wonderful world of historical architecture. Even better that hamilton and the surrounding areas is a part of that.

Robert - I did not get a chance to see the Nuclear reactor, but I hear it is impressive! I loved the observatory so much that I went to a public lecture there a few weeks later.

Gryphon - I love the Hamilton Steam and Technology Museum the machinery is so impressive.

Jason - I'd never heard of the Coach House before I went. I had to seriously restrain myself from buying the books available there as we were walking all the sites in Toronto and I didn't want to lug them. Next year it will be my last stop!