Harsh Words is a great collection of unpretentious bluesy rockers that will add a much-needed dose of ass-kicking to your summer music tracklist. 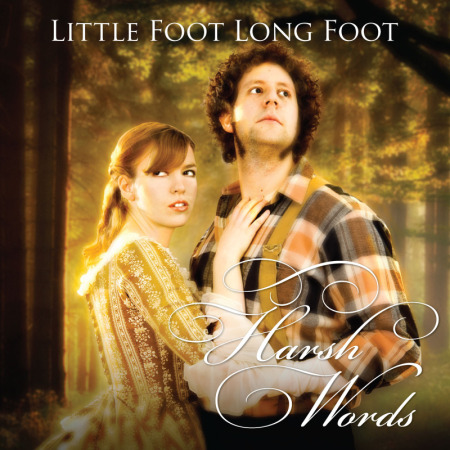 Against towering drummer Isaac Klein, thick of hair and porkchop sideburns, singer-songwriter and guitarist Joan Smith looks like a pixie, complete with an impish smirk that belies the blistering aural assault to come. 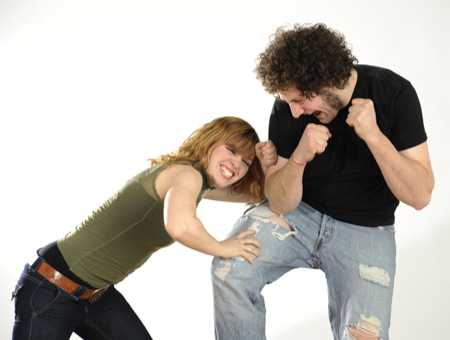 Smith's guitar playing is gritty and brash, eschewing effects and studio trickery for raw bluesy power. The straightforward drumming is a good match, pounding out rockabilly, swingtime and three-four blues beats in the best bar band tradition. At times their music evokes the seminal Led Zeppelin III, albeit more angry and electric.

Then Smith opens her mouth to sing and jaws begin dropping.

I've seen comparisons between Smith and alt-country singer Neko Case, presumably because both are female singer-songwriters with country influences and Case is known for her DIY punk ethos, but the similarities end there. Case is smooth and mellow; Smith is raucous and biting (but not shrill, thank goodness).

Her lyrics, coupled with the grisly narrative album cover and liner notes, bristle with a gleeful malice that recalls Nick Cave's Murder Ballads.

LFLF demonstrate great fluency with the vocabulary of classic rock, from catchy riffs worthy of Up To Here-era Tragically Hip (on "Two Towns Over") to radio-friendly power pop ("June Bug") to blues-soaked balladry ("Fake Cowboys") to cheery country ("Half Man Half Mule"), rockabilly ("Isolation Blues" and "Market Survey") and all the shades between.

My only complaint with this album is the overzealous use of dynamic range compression, which squashed out the mix of loud and quiet and results in a monolithic, blocky recording that frankly started to give me a headache after repeated listening. But Harsh Words is hardly alone in this regard; the loundness race-to-the-bottom in sound recording has been ongoing for years.

All in all, this is a great collection of unpretentious rockers that will add a much-needed dose of ass-kicking to your summer music tracklist.