A few weeks ago my desktop computer, the one on which I've been storing all my digital photos from the last seven to ten years, crashed.

Luckily for me I saw it coming. A few days earlier the system had started re-booting spontaneously. Every now and then a message would appear saying, 'Abnormal Abend!', 'This application terminated would you like to report this issue to Microsoft?' or, more alarmingly just, 'ERROR!'

I was being warned. So, unable as I was - and always have been - to fix the problem myself I backed up all my pictures onto my spare laptop and thought no more about it.

Last Wednesday, as luck would have it, my laptop crashed, erasing all my beloved photos for good and confirming what I have long suspected - that I really really hate computers.

I was upset at first. I thought about all the memories I'd lost:

The picture of Molly on Hamilton beach, climbing onto a huge piece of driftwood and staring defiantly into the camera... the Centre Island ones, with the kids in the trundle buggy, pulling faces and giggling with excitement as the Bumblebee ride and the Log Flume beckon in the background...and Pier 4, Hamilton, lunch with my Mum on James and then down to the Pier 4 Water Park for lots of splashy fun...

How could I possibly recall all these good times without the pictures to help me?

Instead of getting depressed I came up with a theraputical response: I would write about them! Surely putting my memories down on paper would keep the good times alive just as well as any out-of-focus snapshot - right?

So I started to write...

Picture 1 - Cicely, Darian and The Bulls, on a balcony outside Wallabees Restaurant on Toronto's Harbourfront, circa 2006

Cic is crouching down behind the railing, Darian and Emily are trying their best to look sullen and sulky - like pre-teenagers do - Jack is pulling a face, Molly is climbing the rails and Annie is off to the side looking small and cute and vulnerable.

It's one of those pictures that captures the personalitiers of the people in it. It also helps me recall a truly wonderful summer's day, strolling along the waterfront with family and friends, hanging out and having a good time...

It's not often you get all six Bulls in one picture. On this day we are hanging out with my brother, Dominic, who was over from England, enjoying the sights and sounds of Hamilton's and Burlington's waterfronts.

My brother took the photo, which shows me, Susie, Molly, Annie, Emily and Jack, perched on a log looking happy and exhausted. We'd just hiked all the way from Burlington's downtown to a little snack shop on Hamilton beach. The sun is setting in the background behind Lake Ontario which shimmers in the distance.

Shortly after the picture was taken we chased a tanker which was heading for the Hamilton Lift Bridge. It was too fast of course and we ended up collapsed in a heap on the sand, watching the huge hulk glide majestically round the corner and into the Bay.

As it slid from our view we stared after it in silence, wondering where this ship had been, where it was going and what stories it had to tell.

If one picture could capture the essence of my, then 3 year old, Molly, this is it. She is posing on a piece of driftwood on Hamilton beach, the wind in her hair, a sweet in her mouth and a mocking grin on her face. I always wondered what she was thinking in that shot.

She is, as always, full of confidence - defiance - and all-in-all a very beautiful little girl.

We took a lot of piccies that day on James St North. My Mum was over for a few weeks so we decided to show her around Hamilton Harbour. We started out at the Wild Orchid and headed down from there. I seem to remember writing about it for RTH.

Anyway, Annie had this cute little woolley hat which she pulled down over her ears as she posed for the photo. She looked bashful - as always - flashing that smile, but also a little mysterious.

But that's Annie. You never quite know what is going on in her cute little head...

I love(d) this picture. My mate Phil is sitting with me and the kids on the top of a little hill at a Park somewhere in Niagara. Jack would've been six, Emily eleven, Annie five, and Molly three.

Phil is wearing a headscarf and is all kitted out in his hiking gear. He's about to head out on the first leg of his trek along the Bruce Trail - he plans to do all of it. He is smirking and doing his best to hold Molly in place as she wriggles and squirms between his legs.

The rest of the family are smiling too, gesturing to the camera (Yo Jack - looking cool), and just being themselves. It's a fun picture - hell - even Dad is smiling!

It's a picture of happiness and anticipation. Phil was, after all, about to do something I would one day love to do - hike the entire length of the Bruce Trail, a 6 week adventure featuring just himself, a backpack and a series of little white squares to guide him on the way.

Update: Phil called me four days after the picture was taken from a petrol station in Grimsby. "My knees have packed up," he whined, ordering me to get out of bed and collect him. So much for that.

This picture was taken right after we moved back to Toronto last year. It features Jack, standing at the top of a slide, at the park at the bottom of our street, with his arms crossed and a cocky sneer on his face. He is trying to look cool and, in my unbiased opinion, he succeeds.

Picture 7 - Emily and Jenny, inside a hollowed out tube at Withrow Park, near Pape and Danforth, Toronto. 1999

Emily is smiling her huge chipped, black toothed smile. Poor little mite, she broke her front tooth many years before, but that never stopped her from smiling.

Withrow was an interesting park. I remember when I first emigrated 11 years ago. I used to walk down with Emily during the week and push her on the swings alongside all the Phillipino Mums. I was amazed at how multi-cultural my new country was. But then I came by on the weekend and noticed that all the Mums had turned white...

It took me a little while to work that one out.

Hamilton WaterPark, 2005 - kids splashing around in the water park, Annie shrieking just as a jet hits her full in the face, Jack and Susie looking wet and relaxed down by the shore...

Other Piccies - Sigh, too numerous to mention...

OK, so this article is over, right? Well, it was. I was digging around at the bottom of my laptop bag when I noticed a familiar-looking USB storage device tucked away in the corner.

"I wonder what's on there?"

Amazingly, as I browsed through the folders on this forgotten dongle, I found dozens and dozens of wonderful 'lost' photos. Admittedly, not all of the lost batch were saved, but still, there were more than enough to put a smile back on my face and bring the memories back to life once again.

As I relived the good times and cherished my good fortune it occurred to me that our memories are never truly forgotten. In many ways the best way to keep our memories alive is to keep creating new ones.

This summer, that's just what I plan to do.

Happy Canada Day everyone. Here's to a long, hot summer of unforgettable memories for all of us. See you in the Fall. 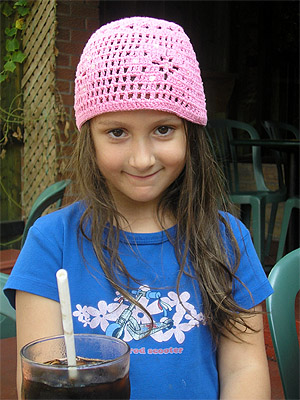 Annie at the Wild Orchid on James North. What is going on in that head? 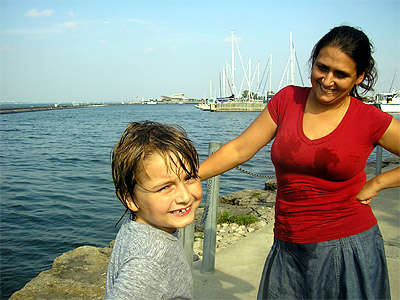 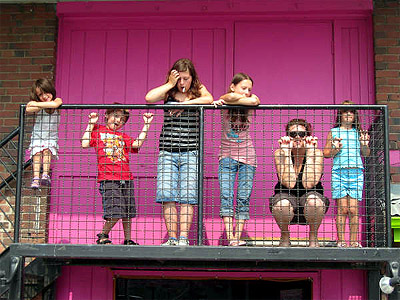 Cicely, Darian and the Bulls at Toronto's Harbourfront. This picture is just so...pink. 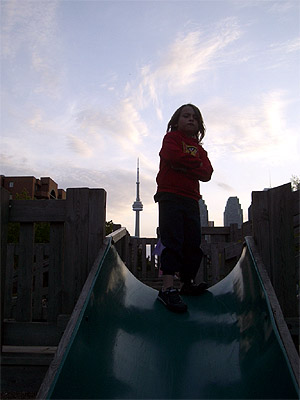 Jack, The King of Toronto! 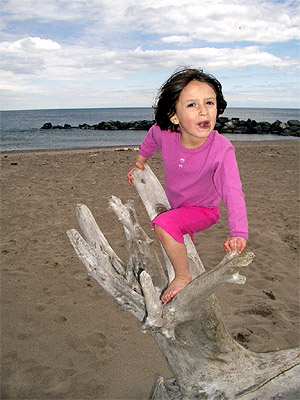 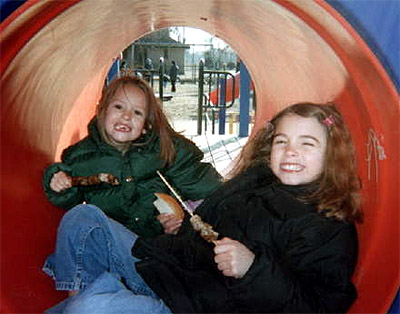 Ben, buy a USB hard drive. Backup your data once a month tothere. You'll be using it less so chances are it'll last longer.