The Man with the Master Plan: An Interview with Ron Marini

Read the RTH interview with Ron Marini, Director of the Downtown Renewal Division for the City of Hamilton.

Ron Marini is the Director of the Downtown Renewal Division for the City of Hamilton. He was kind enough to participate in an email interview with Raise the Hammer's Jason Leach.

Jason Leach, Raise The Hammer (RTH): What is the role of the Downtown Renewal Department?

Ron Marini, Director of Downtown Renewal Division (RM): Our division is devoted to rejuvenation and renewal of the downtowns of the city of Hamilton, of which there are six, and the rejuvenation and improvement to the city's 11 Business Improvement Areas (BIAs).

We are also responsible for the Hamilton Municipal Parking System which runs the York Street Parkade and the Convention Centre Parking structure along with a number of surface lots throughout the city.

RTH: There has been much media coverage over the years of our downtown and its problems and possible solutions. What do you think is the most important component of revitalizing our downtown?

RM: People. Our strategic thrust is to put people downtown both in new or improved housing and through the creation of jobs. Everyone always points to jobs as creating the 9 to 5 city, and no one is on the street after 5 pm. But that's just the surface. People working downtown become familiar with the environment and then aren't so reluctant in investing in new projects in the core.

From talking to a few builders downtown, I found out that a good number of units are being bought by folks working around St. Joseph's hospital or the offices south of King Street. And with people living downtown, there will be more after work activities and support for downtown businesses. And jobs downtown mean less commuting and a better quality of life for the workers who get to spend their off time with their families, not hugging their steering wheels. 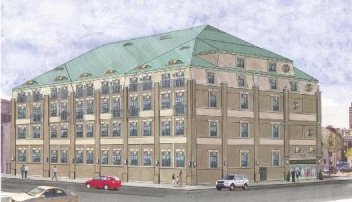 RTH: How successful have the city's loan programs been in attracting new developments to the downtown in terms of dollar value and total number of projects?

RM: I am glad you asked that question as I just released our annual report dealing with 2004 activities. We have either lent or committed to lend more that $16 million to create over 825 units.

That is the direct involvement, but if you add in those projects that were given the commitment of money but never borrowed money under our program because they were able to make alternate acceptable financing arrangements, then I see the more than $16 million resulting in the creation of over 930 new dwelling units downtown. These units would be found in 14 projects ranging from 11 units to as many as 200 units. 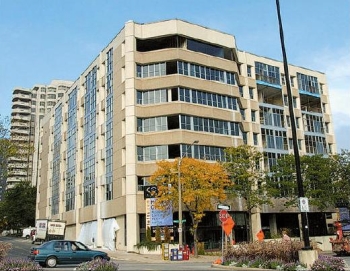 RTH: Are there any exciting projects in the works that you can give us the inside scoop on?

RM: Nothing that I can share with you or your readers. I think that with the fullness of time, details of successful undertakings will make their way to these pages as you are always watching for the unfolding of events in downtown. 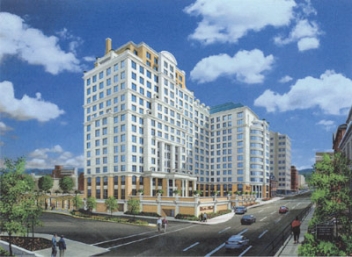 RM: I think you are being a bit facetious as you can tell that work continues on the Chateau Royale. They are in the throes of registering their condominium plan, and when that is accomplished closings will follow. That should happen this spring.

Lister Block is a challenge and our goal is to save it and to see it reused in a meaningful way. We are continuing our efforts in seeing that building come to life again.

RTH: Regarding the Tivoli, is there any hope that a group will purchase the site and attempt to revive the theatre or have we officially said goodbye to our last remaining historic theatre in a city that once had several?

RM: That is tough, because no one has come forward and said they would be interested in purchasing the building. Our urban design section has come up with options to save the historically significant auditorium and reusing the area recently torn down. But the challenge is to find someone to purchase the building and as of this date, nobody has come forward. We'll keep at it, trying to attract a purchaser or a tenant who will create the economic means to reuse the space.

RTH: I was in Toronto recently and have noticed that their most successful downtown streets have one lane of traffic in each direction with street parking on both sides and streetcars and buses having right of way in the centre lanes. Many downtown Hamilton residents complain at length about the layout of our downtown streets - too many wide, one-way highways discouraging walking, cycling or transit use. Are there any plans or hopes to see this problem rectified so that we don't always have to go to Toronto to enjoy a true urban environment?

RM: Our Public Works folks are working on the converting of a number of current one way streets to two ways. In fact, the most significant change will happen this summer when James and John Streets will go two ways. As we roll out the street master plans, so too will the two way conversions also follow. I must add that I am a fan of Allan Jacobs and his book "Great Streets" and he argues that great cities have great streets and our progam is designed to create such streets throughout the downtown. 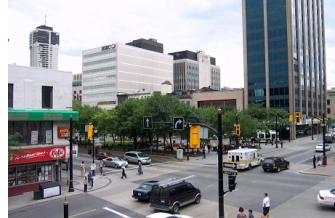 Hamilton is looking cleaner these days

RTH: Things seem to be cleaner downtown over the past year than in recent years. Can we expect this to continue or is funding being cut to any of the maintenance programs downtown?

RM: Hamilton City council is to be congratulated in its commitment to downtown cleanliness and safety issues. In 2004, they approved a budget increase in excess of $760,000 for Clean and Safe initiatives downtown, and so far, through our current budget deliberations, another possible $380,000.00 has been put forward to increase our cleanliness initiatives. As part of that funding, we were able to introduce the Downtown Ambassadors' program which was highly successful in 2004 and for 2005 will be managed by Tourism Hamilton.

You are right - downtown is cleaner and we have more waste receptacles and we recently had ashtrays installed within the public road allowances. Council is committing the dollars to ensure we can keep the streets and public spaces downtown clean. Clean public spaces make people feel more comfortable and will tell private property owners that the city cares and so should they when it comes to the maintenance of their properties.

RTH: What about the possibility of sprucing up the core with more trees, flowers, public art and water features/fountains?

RM: I think first and foremost, when we do the redevelopment of streets, we will try to introduce more street trees, but some of our streets are so congested with utilities, there isn't the room for trees. One initiative that will occur this year is a collaboration between the city and the Downtown Hamilton BIA who will be introducing a new planting program into sections of Gore Park. We also have introduced a public art program and we would hope in the course of time we will be able to improve the public spaces with appropriate art pieces.

RTH: What do you think of the idea to turn the south leg of King Street into a pedestrian-only zone for year-long festivals and summertime patios and moving the transit hub to McNab Street?

RM: I have to pass on expressing my opinion on the pedestrian-only zone, but I welcome moving the buses away from Gore Park. On a summer afternoon, the Infusion's patio is crowded but the ambience is marred by the sound of idling diesel engines and the associated fumes. I know council is most anxious to see the buses moved, but there are a number of steps that must be taken before that happens. I understand Public Works staff have this in their 2005 work program.

RTH: Can we expect to see a return to streetcars in our downtown anytime soon? Maybe a line connecting the escarpment with the harbour and an east/west line from Mac to the east end?

RM: I'm afraid that is not in the cards. In fact, Don Hull of HSR advises that the next generation of fleet is likely Hybrid (Diesel or CNG/Electric) in lengths of 45 to 60 feet.

RTH: What is your biggest hope for downtown Hamilton in the upcoming five years?

RM: My biggest hope is that the market will have turned to such significance that all the empty built space is occupied by either housing units or live work space. What a tremendously vibrant downtown! And that means there is value in funky space so owners will get a good return and therefore reuse old space and not knock it down.