Under the Watchful Eye of Queen Victoria

With humour and a gentle smile, Glen invited us to consider the burden of our country's history. He will be missed.

Just before the Lockdown, we lost Glen, a faithful member of the Wayside House of Hamilton's HEPC peer support group.

Glen was a First Nations' elder who walked with Hamilton's street and near-street folks. Glen recruited people for HEPC testing who live in the shelters and who, during the good weather, sit under the watchful eye of Queen Victoria in Gore Park in downtown Hamilton. 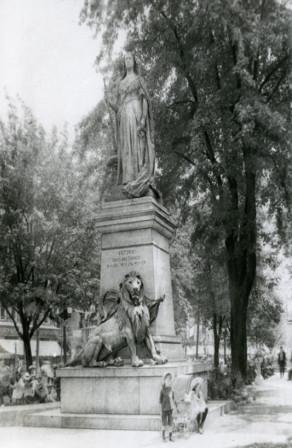 With humour and a gentle smile, he invited us to consider the burden of our country's history.

He was our first member to speak of a vision of truth, reconciliation and justice - between Canadians - as he regaled us of his lifelong journey across North America. Turtle Island, as he called it.

When Glen secured his Indian status card, he helped a fellow member to fill out the right forms and accompanied him to government offices in Toronto.

Our peer support group is no stranger to people dying difficult deaths before their time. Glen was in is 66th year. Last year, we also lost John who was in his early 40s.

We are grateful for the gift of Glen's and John's lives.

Together Glen and John cemented our HEPC circle of care.

This article previously appeared in a Keeping Six zine. Keeping Six is a Hamilton drug-user advocacy group that reaches out to street and near-street folks in the shelters and streets of Hamilton. The zine is edited by Kelly Wolf.

An earlier version of this article appeared in the Wayside of Hamilton's HEPC digital newsletter, which is sent to health workers across the Hamilton Shelter Network. Edited by Jackline Kulang.