Road to the Lemon Grove

This new feature film, co-written by Charly Chiarelli, is a delightful story made up of a surprising number of layers.

Writer, storyteller, actor and musician Charly Chiarelli was born in Racalmuto, Sicily and grew up in the north end of Hamilton, Ontario. And, it's a pretty safe bet to say that Chiarelli spent this weekend celebrating the Canadian premiere of his first feature length film, Road to the Lemon Grove. 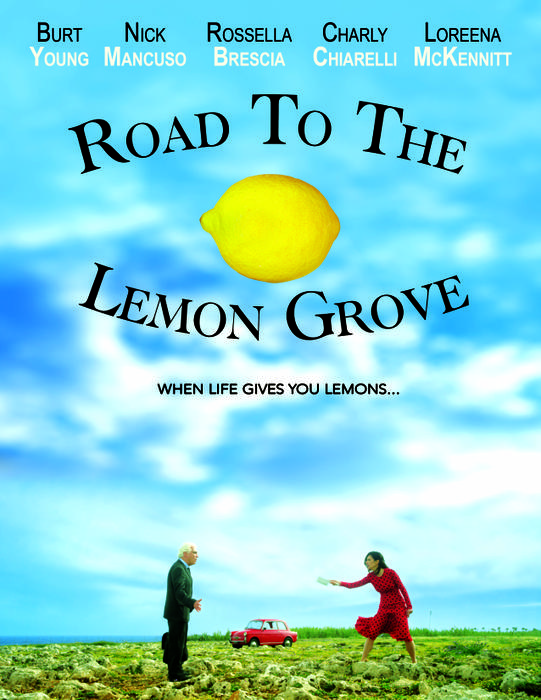 Poster: Road to the Lemon Grove

Co-written by Chiarelli and Dale Hildebrand, also the director, Road to the Lemon Grove is a delightful movie made up of a surprising number of layers.

Sicilian immigrant Antonio Contatini, played by Chiarelli, has passed away in his adopted American homeland. We meet him standing outside the gates of heaven. Unfortunately, God is refusing to let him in until he reconciles with his only child, Calogero, also played by Chiarelli.

The plot thickens when relatives of Antonio's deceased wife try to keep Calogero from inheriting the family lemon grove in Sicily. That side of the family has nefarious plans for the lemon grove that will make them rich beyond their wildest dreams.

Calogero grudgingly makes his way from his American home town, that has an uncanny resemblance to the Hammer, to the Sicilian lemon grove where his parents met and fell in love in order to spread his father's ashes. Meanwhile, Calogero's cousin Guido is dispatched by the other side of the family to stop him from inheriting his father's beloved grove.

It takes some time for Calogero to realize he has embarked upon more than one journey. Eventually, the linguistics professor comes to understand the importance family, traditions, language and culture play in our lives. He also discovers that he is not so different from his immigrant father after all.

Throw into this plot a kidnapping, a few unexpected romances, incredible scenery, fabulous al fresco meals, the settling of a family feud and you have the makings of a delightful romantic comedy suitable for every age.

Road to the Lemon Grove stars Burt Young as Calogero's uncle Zio Vincenzo, Nick Mancuso as cousin Guido, Rossella Brescia as Calogero's love interest Maria, and Loreena McKennitt as the voice of God. The movie also has fantastic music throughout including one tune by Chiarelli's little sister, Rita.

The making of this movie was clearly a labour of love and one can't help but feel there's a lot of Chiarelli and his own father in this story.

All that's left for this mangiacake to say is, Bravissimo Calogero (Charly) Chiarelli! Bravissimo!

'Road to the Lemon Grove' (88 minutes) premiered Labour Day weekend at 17 select Cineplex Theatres from Vancouver to Montreal where it will run for a week. Hamiltonians can see the movie at Silver City Hamilton.