It's Time to Make Hamilton Safe from Hate

Our city's front porch is considered a threatening environment, and our inertia in the face of rising extremism has allowed this threat to grow.

Time to address the growing threat in our community.

Time to stand together and to speak with a united voice against hate.

Time to ensure residents are protected as they stand up against hate in our community, whether in the forecourt of City Hall, or anywhere else in our city.

Despite the great turnout this past Saturday in the City Hall forecourt including many community leaders, people who were there to stand against hate, some with their children, felt threatened.

People felt threatened when police allowed a bus to drive up onto the sidewalk where adults and children were standing. It was a brazen act of intimidation. 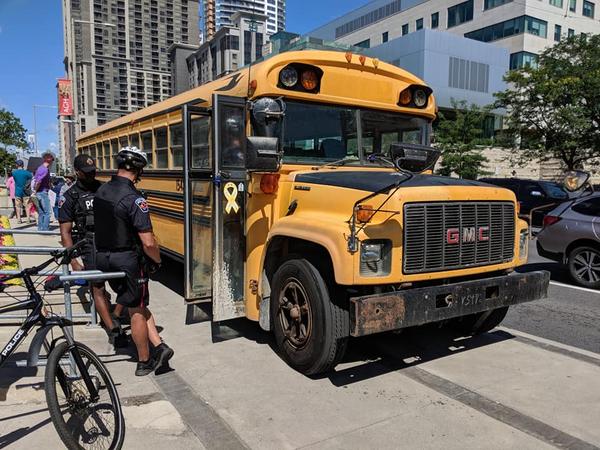 Police then negotiated with the driver of the bus for over half an hour, resulting in them letting him drive the "Hate Bus" away and park it at the rear of City Hall before he joined the Yellow Vests. The driver faced no consequence.

The video of the crowd calling for the "Hate Bus" to leave has been viewed almost 8,000 times. The nation is watching how we deal with this threat.

They felt threatened when the driver of the bus posted a video on YouTube where he claimed he planned to return to a future rally and once again park his bus on the sidewalk in front of City Hall! 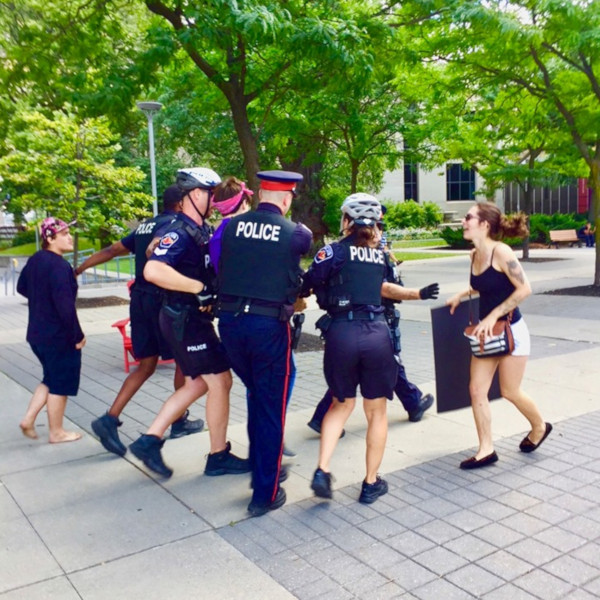 Now, people are expressing concern about bringing their children to a unity rally this Saturday in broad daylight on the forecourt of our City Hall. They are now afraid to bring their kids to our Hamilton sign where kids routinely play! Our city's front porch is considered a threatening environment.

Our inertia has allowed this threat to grow.

It's time to show up and to speak up. Not just as individuals, as some have done already, but also as our Council. Your primary responsibility is keeping Hamiltonians safe.

In response to this serious threat, we respectfully request:

The threat is not just about a small group promoting hate at our City Hall. According to Statistics Canada, Hamilton has the highest rate of reported incidents of hate crimes in Canada. Our citizens deserve to live in a safe, inclusive, united community.

To PGFontana- "both Babcock and Crawford are outsiders who sought (and found) refuge in Hamilton. Rather than demonstrate gratitude, both have demonstrated a haughtiness that is getting increasingly difficult to stomach. Hamilton is fertile ground. For flakes."

Try this one PG - "both Babcock and Crawford are outsiders (define 'outsiders' please) who sought (and found) refuge in Hamilton (because it WAS a welcoming place until harassed by haters like myself and other YVs who are clearly intolerant of anyone outside what they define as the 'norm'). Rather than demonstrate (tolerance of other cultures, religions, lifestyles, myself and other Yellow Vesters have demonstrated a hatefulness towards others- preaching to others how they should conduct their lives) - that is getting increasingly difficult to stomach.