The Powers that Be Will Not Help Us

Once again, the police arrested an anti-fascist counter-protester while standing by as a fascist drove a bus onto the sidewalk and assaulted someone.

This past Saturday's rally against hatred at City Hall started with such promise. There were decent numbers of participants and the Yellow Vests were all but swallowed by the signs of counter-protesters. There were politicians - some genuine, some less so.

Then a fascist drove a school bus up onto the sidewalk in front of the rally, which potentially could have been a disaster. Despite not knowing his motives at first, nor what was in the bus, the police negotiated for almost an hour with the defiant driver, a hate-filled man claiming a military background with close connections to other violent YV, including the woman who kicked at and scratched a counter-protester a week ago. 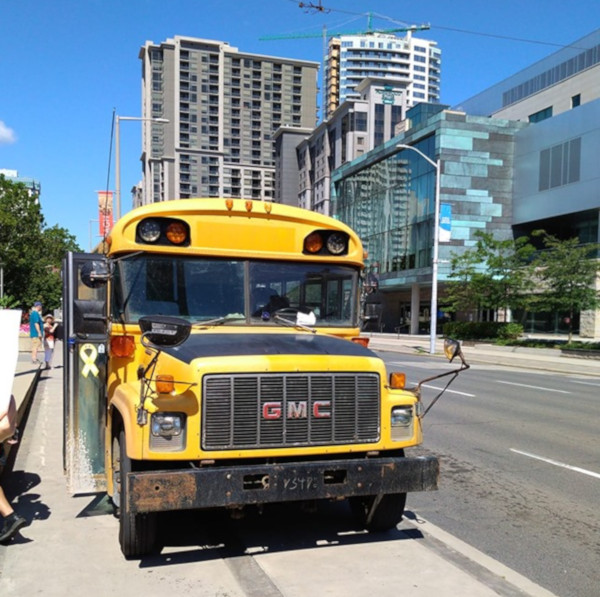 School bus driven by a fascist onto the sidewalk at the anti-hate rally in front of City Hall on August 10, 2019 (Image Credit: Karl Andrus)

The bus finally moved off the sidewalk with no penalty, and the driver came back armed with a GoPro and a Canada flag.

As time went on, however, many counter-protesters slowly began to return to the weekend and our numbers declined. I caught one YV talking creepily to a 14-year-old girl, but he moved off when I came and I warned her and her mother, who I believe was beginning to catch onto him on her own.

More and more thugs from past protests seemed to show up, and several of them went across the street to threaten and confront a counter-protestor who was soon joined by a couple of friends. After some words, they came back across the street where further words and threats were exchanged. Then the police came in and grabbed the counter-protester and arrested him, much to the glee of the YV, several of whom followed as the police took the young man away.

Chaos ensued when police threw the counter-protester down and cuffed him, and nearly arrested his friend who was justifiably upset at the arrest.

During the chaos, a friend of mine was assaulted several times by the bus guy but the police stood by doing nothing when told by a superior officer to stand still. They ignored my friend's pleas and refused to intervene.

Eventually the only answer my friend got was they had to go to the station to file charges. The assailant walked free with no consequences whatsoever.

These exchanges only further buoyed the spirits of the YVs, provoking both cheers and jeers from them. All progress made earlier in the day evaporated as the YV were now feeling even more empowered and immune from any consequences for their actions. 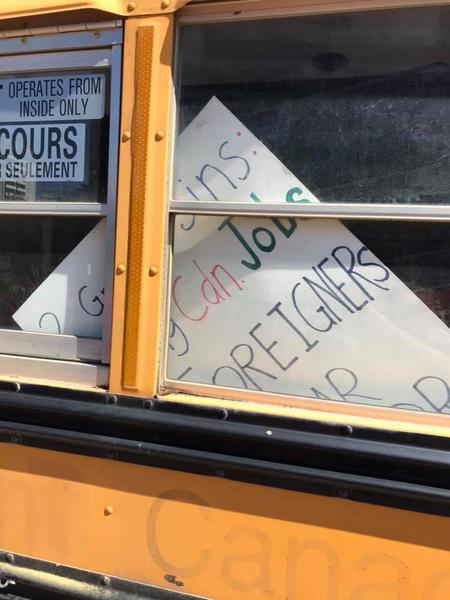 After this, things slowly quieted and then ended for the day.

Scratch another victory for the YV/police alliance.

We still need sustained numbers and I encourage people now to come later and help keep the strength up to the end and prevent more violence and conflict, which only happens when the YV feel empowered by lower numbers of counter-protesters.

Incidents are bound to rise until more people actually stand up to these people. They won't be legislated away and the police will not stop them. Only the people of Hamilton acting en masse together will defeat them.

We have to do this ourselves as Hamiltonians. The powers that be will not help us.

Paul Glendenning is a Hamilton writer and activist.